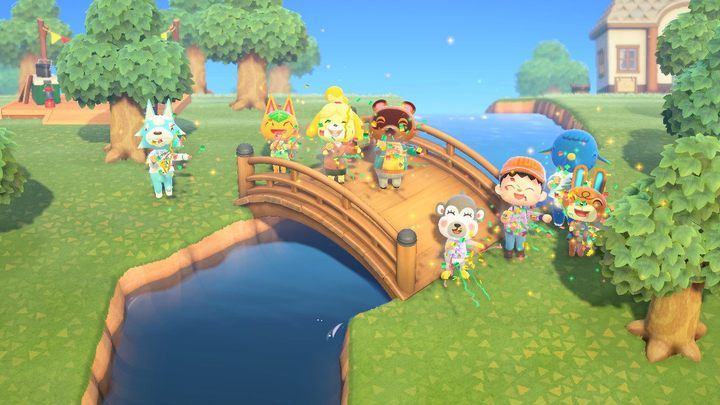 Yes. Since Death Standing, I haven't had so much fun with any game for such a long time. And even with Kojima's latest game, I didn't really feel inclined to add more than a dozen hours to the count after the end credits. And having already invested over 50 hours in New Horizons, I never want to stop. Over the years, Animal Crossing has always been a series that could captivate fans for hundreds of hours on end. Until recently, I did not understand this phenomenon – I knew about it, but I wasn't really interested. Preparing for the premiere of the newest installment, I bought the last game in the series, and suddenly, 25 hours of my time have vaporized – and I would've still played it, if the review copy of Animal Crossing: New Horizons hadn't arrived. I'm Adam, and here's my story of addiction.

Leave everything and go into the wild

Enter: game of March. Sorry, Doomguy, it's not you. Put the shotgun away, you'll hurt somebody. The biggest release of this month, and maybe the first half of the year, is a game colorful and charming – the complete opposite of the brutal and "metal af" Doom. Yes, yes, it's almost certain that the new installment of the popular life simulators that fans have been expecting for eight years, will probably decimate Eternal when it comes to sales and popularity. 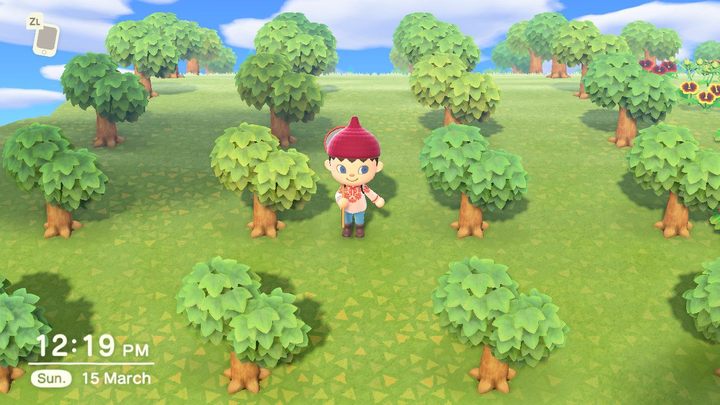 He looks a bit like a psychopath, doesn't he? I mean, look at that smile.

If you have been living under a rock, I'll promptly explain. Animal Crossing is a series of simulators in which we create our own character and then get to a paradise island – the actual heroine of the game. Our goal is to tame this wild piece of land, expand and decorate it – and then fill the house with beautiful furniture, take part in various festivals, tournaments or social events. To achieve this, we collect money, catch fish, extract raw materials and bring in new animals to reside in our estate. And before we know it, we've spent a dozen hours in the game, and didn't even scratch the surface.

Is this the new Stardew Valley?

No, this is a different game. In Animal Crossing, for example, there is no fatigue mechanics known from Stardew Valley, which limited our daily capabilities. Instead, there's something completely different – a realistic circadian system. The day in AC lasts 24 hours – so when it gets dark outside, it's also evening in the game. In the game, we also don't focus on planting plants or flirting with people on the island.

If I were to name Animal Crossing's biggest advantage, I would not hesitate and point out to the incredibly riveting gameplay model. In this game, hours just pass like minutes, and you don't feel it at all. At the same time, this isn't a game that will steal your life away from you if you have a job or go to school – you can literally spend hundreds of hours with AC, but you don't necessarily have to play 8 hours a day. Of course, there's plenty to get done, but the series is famous for being oddly playable in the long run, and so your daily chores and obligations don't fall victim to it. Sounds a bit like a mobile game? Wrong, this is just Animal Crossing.