Do what you want

I'm trying to explain what the phenomenon of the gameplay model that Nintendo has designed for Animal Crossing, but I'm afraid words cannot describe it. This is one of those games that you just have to try for yourself to understand. I'm a walking example of this, because before I launched the previous installment (New Leaf on 3DS), I thought I knew what it was about, but I soon learned that I'd actually had no idea. 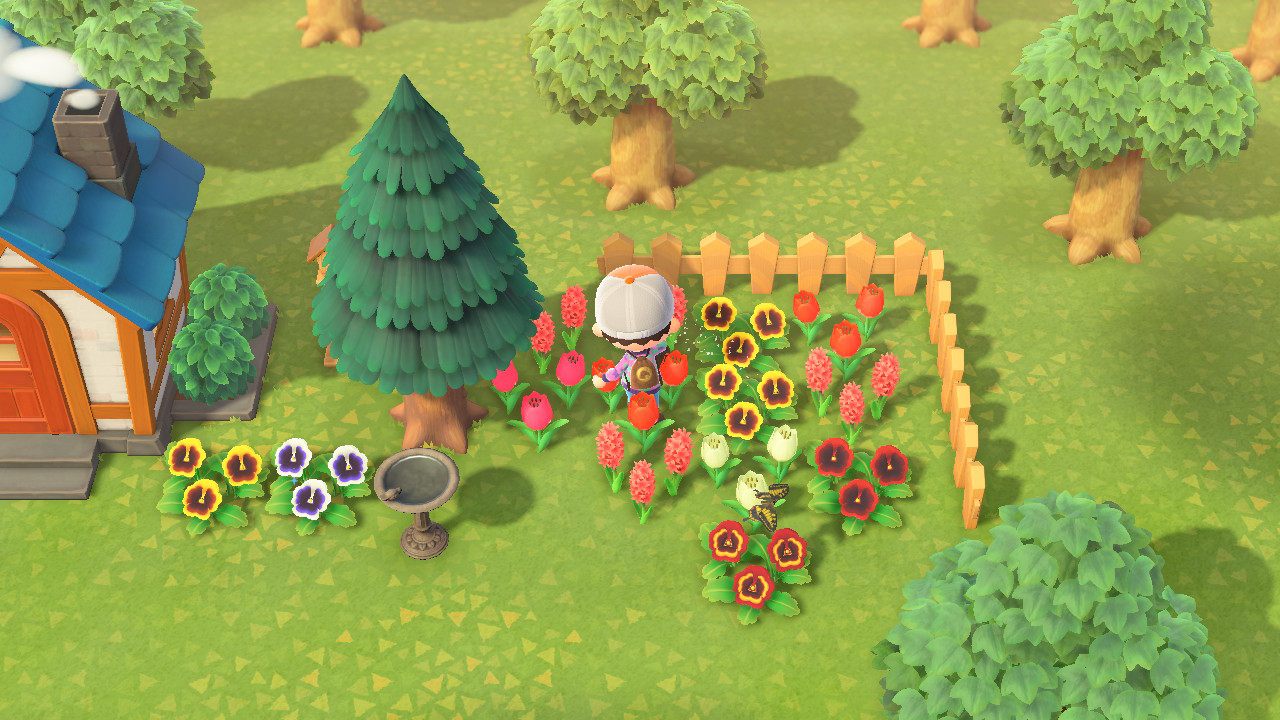 An adult man plants flowers in a video game. Don't be afraid to judge.

I'm very impressed with how smoothly all the elements of Animal Crossing work together – banal mini-games, a lot of grind and months-long goals make you treat the island a bit like... an island. You'll no longer be surprised that building a store takes 48 hours, and that having it open past 10 pm makes no sense, because you lose 20%. In fact, you begin to adapt to this natural way of life very quickly. It's no surprise that bakeries close in the evening, right?

Over time, you find yourself planning what to do and when to do it – for example, the most expensive butterflies come out in the evening. And since this is a game for the Switch, you can play anywhere, at any time. If your bae is catching up with their favorite Netflix series, you can just put your headphones on and play. like no other game, Animal Crossing: New Horizons fits perfectly into the hybridity of this console.

WHAT DOES IS IT LIKE TO LIVE WITH SOMEONE WHO PLAYS ANIMAL CROSSING?

I'm asking Adam about his opinion on the imminent collapse of capitalism and the apocalypse groceries rage. His response consists of a grunt, a monosyllable, and an absent look – he's busy. He's busy selling turnip. Virtual turnips. In bulk. I'm sorry, Adam, but this is no way to live.

Looking over his shoulder, I try to understand the phenomenon of Animal Crossing. At first, I couldn't help but use the opportunity to jeer at him: an adult man, lost for the outside world, planting trees, catching butterflies, and buying funny hats in a store ran by two hedgehogs, chasing after the mentioned turnip. But maybe that's the beauty of this game? Especially in the midst of a pandemic. Today, there's apparently nothing wrong with abandoning the uncertain reality for a little escapism in a pleasant and colorful video game world that offers relaxing routine.

But then who am I to judge? I'm the one binging on Disco Elysium – capitalism won't collapse itself, after all.

The thing I love the most about Animal Crossing is the openness and accessibility. This is one of those games that lets us decide what to do next. Of course, as in any production, we are there are certain constraints and requirements, but whether we prefer to focus on designing magnificent homes or developing the entire island, is totally up to us. Fill the museum with new specimen or find all the cute animals. Plant flowers or collect achievements. We end up doing a bit of everything, but the sheer amount of content encourages focusing on particular actions. I, for example, still haven't had enough a chance to really put effort into my house – I'll do it once I have more furniture.

IS THERE A PLOT IN ANIMAL CROSSING?

Yes – and it even leads to a finale. Still, it's merely a pretext for gameplay. This is not a sandbox such as The Sims or Minecraft – there's only a single island, the inhabitants are the same, and the story is extremely simple, but apart from that, we're free to do whatever.