The Car Mechanic Simulator let's you refurbish and tune cars but without arguing with problematic customers and getting your hands dirty. Although it resembles a car-themed puzzle rather than a simulator and does not really teach you much about the profession, it also allows you to learn the location of parts in the car and their function.

The latest installment of Car Mechanic Simulator 2021 is a slightly improved version of the game released in 2017. Slightly better graphics, a few new mechanics and a small number of bugs, however, do not give the impression of interacting with a shiny new ride straight from the showroom. It's more like the same used car from 2014, only with new paint, chip-tuning and a scent tree inside.

Timing belt and pads always to be replaced 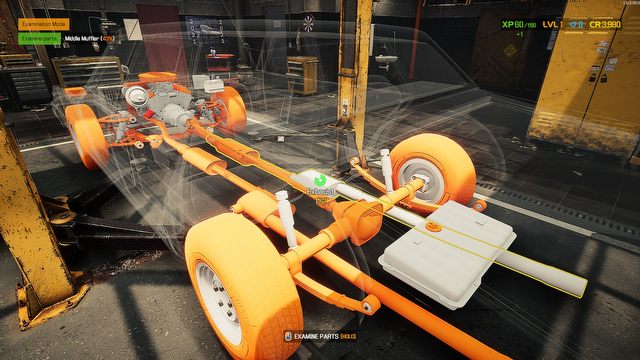 Visual inspection is the cornerstone of diagnosis.

The gameplay in CMS2021 is engaging, but mostly at the beginning. Later on, once you've repaired a dozen or so cars, the game of clicks will surely become tedious, repetitive, and simply boring. All that because of the rigid puzzle formula that has you repeatedly assemble and disassemble different parts. You click different parts to screw them in or out. First, we mainly deal with brakes, changes of fluids and timing, which together requires disassembling almost the entire car and bolting it back together with newly purchased components.

There are many models of cars to choose from, parts differ depending on how old the car is, or what number of cylinders its engine has, but everything is based on the same formula. You can sometimes forget about installing something, especially the infamous rubber bushing, but unfortunately you can't even make the mistake of installing a similar part from another model. Forget about finishing a repair without installing some key component and the possibility of messing up the car even more by trying to start it without oil or another important component – we can only navigate a fairly narrow set of activities. 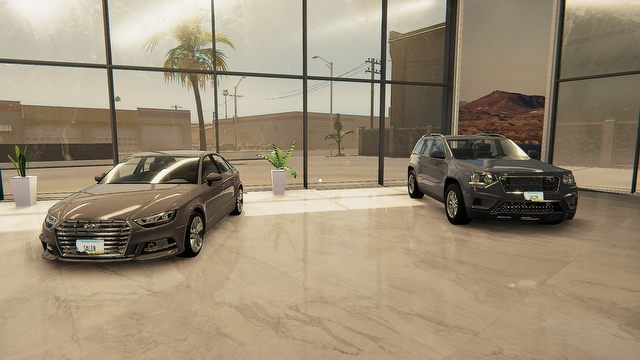 Not all cars in the game are wrecked. Some can be bought brand new from the showroom. 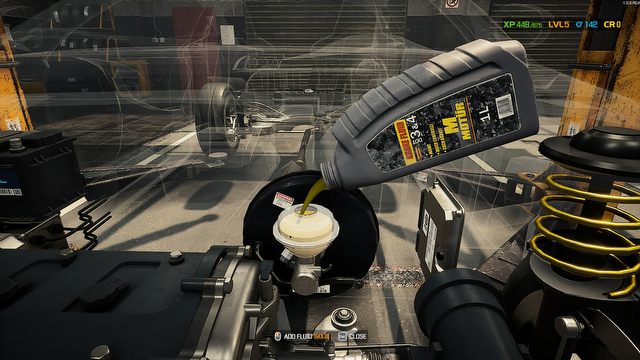 Changing the fluids is one of the novelties.

The developers tried to diversify the game, so after some time, we'll be able to unlock facilities like the diagnostic station, where we'll check the wheel alignment and lights position; the paint shop, car wash, stations to refurbish parts, or the test track. Also new are mini-games related precisely to repairing and regenerating elements that were worn out. It's all interesting and fits as well as possible, it's just that, again, the biggest impression comes with the novelty itself. These activities are minimalist and get boring fairly soon. The best example of this are seized screws that only require one extra click. The mini-games are generally trivial and thus disappointing, which means they're redundant. On the other hand, in places where some form of interactivity would be welcome, we can only watch some animations of questionable quality. 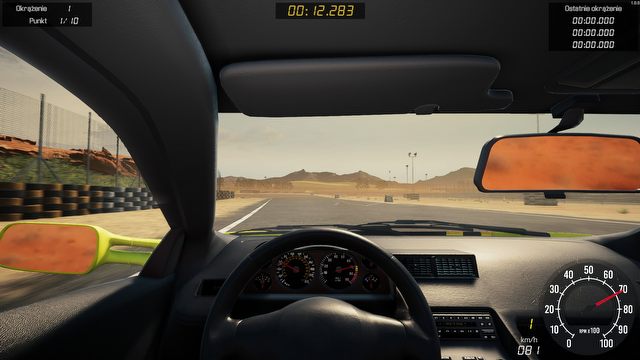 Cars can be tested on tracks, but the driving model is underwhelming.

And that's generally the case with everything in Car Mechanic Simulator 2021 – it's a set of good ideas, initially interesting, but apparently executed at minimal effort and expense. There are some story quests, but the only difference between them and side quests is a text description with a few words from the client. There's an economic thread related to buying parts, cars, and upgrades, but it serves mainly as a tool to increase grind and the time it takes to develop. In addition, in face of the absence of other forms of earning cash, one bad decision can end the game. A more complex economy structure would be hugely beneficial for the game. 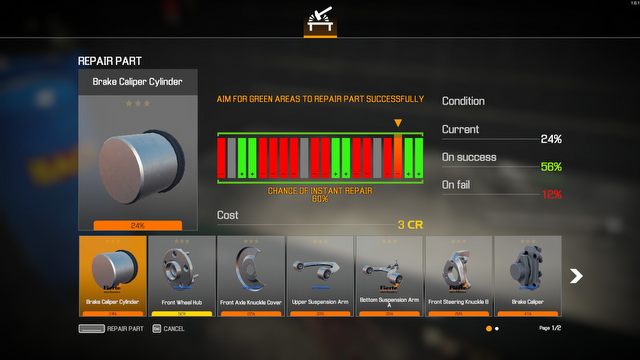 Repairing parts is a trivial mini-game. 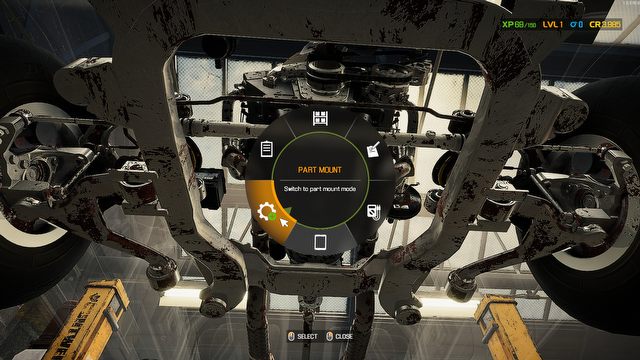 The automotive puzzle involves disassembling and reassembling the same parts over and over again.

This festival of grind and repetitive activities quite naturally leads us to assembling a collection of our own cars, since the game doesn't just have us repair customers' cars. We can also buy more interesting rides in showrooms and auctions, as well as find some rusty classics in the barns, and then repair, tune, sell them, or keep them in the roster. The creators used real, popular models of various brands from different eras, but under fictitious names and logos. And admittedly: finding a wrecked Pontiac Trans Am in a shed and slowly restoring it to mint condition is quite rewarding.

Of course, there could be more tuning parts and interior customization options, and the game's begging for a driving model at least resembling those from the weakest Need for Speed installments. But once we turn a blind eye to all the things this game is missing, the desire to assemble your dream car collection is admittedly able to keep our attention through dozens of identical repairs. And then, there's also the sandbox gameplay – no orders, no financial restrictions, just immediate access to everything. It's just a pity that it's available from the very beginning, and not, for example, after completing all story tasks, because it lets you to see all the elements that are blocked at the beginning of the campaign. However, if someone doesn't like challenges and cumbersome achievements, then they should find sandbox quite appealing. 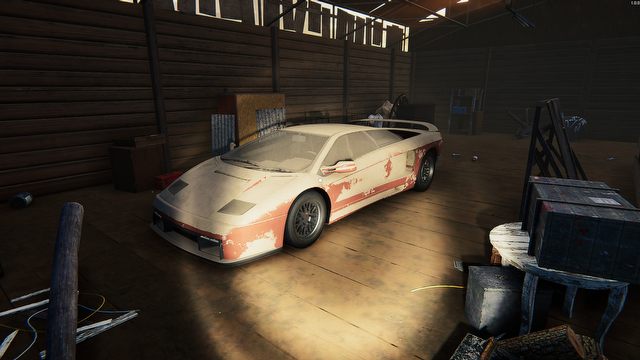 Overall, Car Mechanic Simulator has been undeniably improved since the previous installment from 2018. The graphics no longer resemble a mobile game, many quality-of-life improvements were introduced, such as integrating the shopping list with the parts stores, and, above all, I didn't experience any irksome bugs.

The thing is that CMS2018 didn't set the bar too high, and it's a bit of a shame that Car Mechanic Simulator 2021 still doesn't fully tap into the potential of the idea. I'd like to see a little more simulation and realism – think My Summer Car, which takes assembling a car from individual parts a little more seriously. On the other hand, CMS2021's accessible mechanics are sure to appeal to less experienced players, who are not expecting a hardcore simulation. Developers from the Polish studio Red Dot Games have chosen the path of slow evolution of their brand – I'm still waiting for a revolution. I wanted a shiny new car straight from the factory – instead I got a decent used car, which, albeit pretty and working, isn't that spectacular.

According to our users, Car Mechanic Simulator 2021 for PC was a disappointment - the expectations before the release were higher than the current average user score.