The old adage says that you can't step into the same river twice, although the creators of games, and in fact all pop culture, seem to cling to the idea of the meek inheriting the Earth... sort of. The creators from The Bearded Ladies, seemingly confirming to the latter of proverbs, developed Corruption 2029. The game's virtually identical to their previous, very successful release, Mutant Year Zero: Road to Eden, only much shorter, less interesting and more repetitive. But perhaps "meek" is what they were really aiming for. What they should have kept in mind, though, is that you can actually have too much of a good thing.

Corruption 2029 is another take on the popular series of tactical games, XCOM. However, it does not attempt to rely directly on the achievements of Julian Gollop, but uses the system created for Mutant. And so turn-based mode is enabled only when we're spotted by enemies, or if we chose so – which is usually when we position our troops well and prepare an ambush. 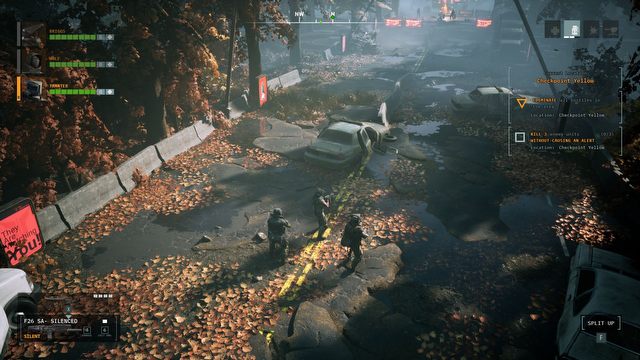 When I first tried it, I thought it was a great idea that made perfect sense. At first, we could easily lure out single enemies and get rid of them, with a crossbow or a silenced pistol, and if we did not alarm the nearby opponents, the move could be repeated over and over again. Once the enemies raised the alarm, we proceeded to an open battle.

Corruption 2099 uses the same principle. Or, to be more exact, it uses the exact same mechanics. We explore the maps in real time, sneaking when necessary, trying to encircle unaware enemies, whose line of sight is clearly indicated; we hide behind covers and can enter turn-based mode once we're ready to launch the surprise attack. It's still a lot of fun, but when it turns out that the creators haven't really prepared anything new, beyond a few locations that you have to explore over and again, the experience quickly becomes tedious and disenchanting.

Why do we need a story?

The plot, which was a significant element of Mutant, is very rudimentary in this game; there's mention of a civil war in the dystopic USA, torn apart by two warring factions: the New American Council, and the United Peoples of America. We get information about the current situation in a few concise messages, and then immediately go to the specifics. 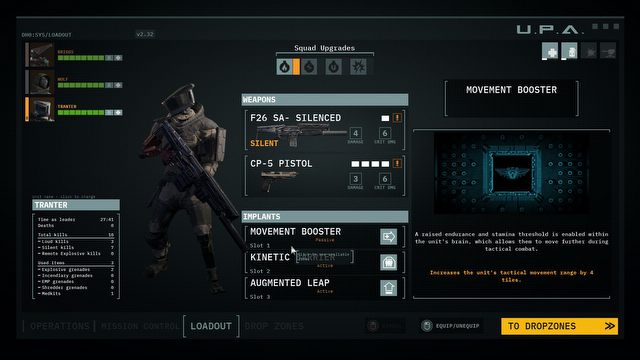 We get control over three cyborg soldiers belonging to the UPA. Tranter, Wolf, and Briggs are not particularly different from each other, except that one of them has a weapon equipped with a silencer. They don't have any individual skills that could be developed as we progress through the game. Which is sad, because it would make them more distinct, perhaps establishing some kind of personality. But there's nothing like that in the game, and the character design itself seemed to me very similar to what we find in the Destiny series.

Less is more? Not here

Rather than a character development tree, we get three special module slots for each of the heroes. They're divided into passive and active. In other words, these are simply additional skills to be used during combat, such as the ability to set a kinetic barrier, make a long jump, or the move faster. We can attribute these modules to warriors in any way we see fit, so while this allows to slightly expand the tactical capabilities, it also makes the characters even more bland. Although these are just Cyborgs, so... perhaps this is the way it ought to be.

There is not a single hub in Corrpuption 2029 where we could take a break, talk to others, or make purchases. The framework is very inflexible, and the management of the three warriors happens in a few simple menus. They provide all the required info. 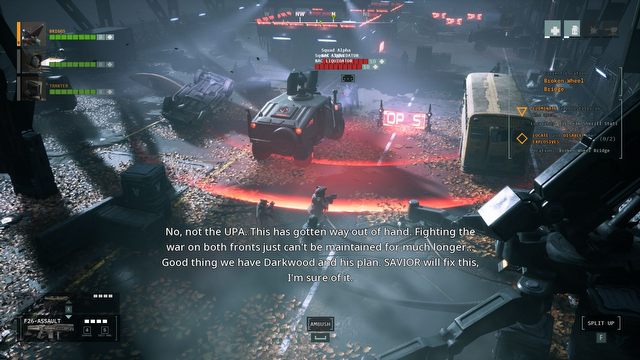 The three main missions were divided into eighteen small tasks, performed in a quasi-open world in a small number of locations, between which we move in the same way as in Mutant Year Zero. There are not many locations, and we pass through all of them more than once, which gives you this low-budget-game vibe. Which is certainly not a bad thing in and of itself, but I admittedly expected a bit more. 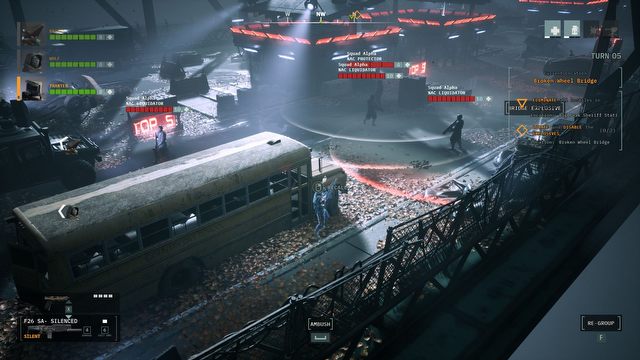 During a mission, we must complete a specific task for which we are rewarded with a new module for soldiers, and we may also complete some of the bonus requirements. Such as killing everyone in the area, but killing the commander as the last one. Or getting rid of a certain number of enemies silently before the alarm is triggered. In a sense, these bonuses can be viewed as logical tasks, since they often require deep knowledge of the mission's environment and the location of enemy units, and a solid plan. This is a pretty cool solution, and it brings a bit of variety to the missions that keep happening on the same maps.

Since the characters aren't substantially different, we have complete freedom in terms of the weapons we use during missions. Unfortunately, there are only two silenced weapons, so one of our warriors will always be making noise, but if an open battle ensues, a flamethrower or a Gatling gun will be more efficient. 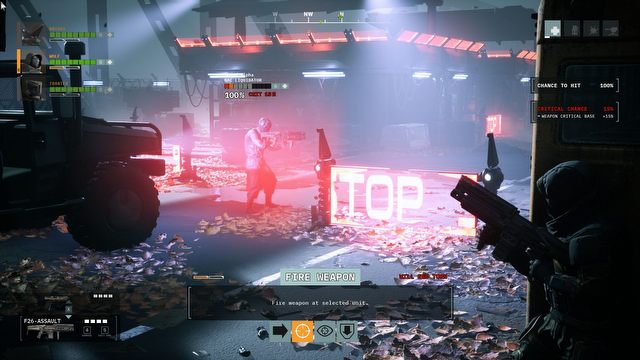 The gameplay formula, the personality of the characters, and the idea for the setting taken from a table-top RPG, resulted in an explosive mix in the case of Mutant Year Zero. Corruption 2029, devoid of two of the three factors listed above remains only a tactical game without personality, a nice diversion for people who finished Mutant and its DLCs, but still not having enough of sneaking between enemy forces and preparing ambushes. Unfortunately, for everyone else waiting for some fresh ideas or at least a more ambitious and exciting story, the game can be a disappointment. This is clearly more low-budget compared to the company's previous work, which is worth bearing in mind before you buy it in the Epic Games Store. Ouch…

I've been playing tactical games at least since the launch of UFO: Enemy Unknown, and these are some of my all-time favorite titles. I've had quality time with Mutant Year Zero – to the point where, wanting to soak up that post-apocalyptic world, I started playing the table-top as well. My expectations for Corruption 2029 were undoubtedly lower than in the case of a possible follow-up to Mutant, but even they were not fully satisfied. It took me about thirteen hours to complete the new game from the Swedish studio, but I was not in too much of a hurry during the game, so it's the title can be completed much faster.