The game is divided into eighteen chapters. All in all, it will take 30-40 hours to complete them, with completionists looking at additional 15 hours perhaps. Think the gap is big? Well, the creators have created a lot of diversions. Many chapters have a fairly simple, corridor-like structure that can evoke associations with the infamous Final Fantasy XIII. We go from point A to B, fighting monsters along the way, every once in a while meeting a small leg leading to a treasure or a simple environmental puzzle. Some of these corridor locations have a rather complex layout and quite skillfully hide their linear structure underneath a multitude of turns, forks, and dead ends. 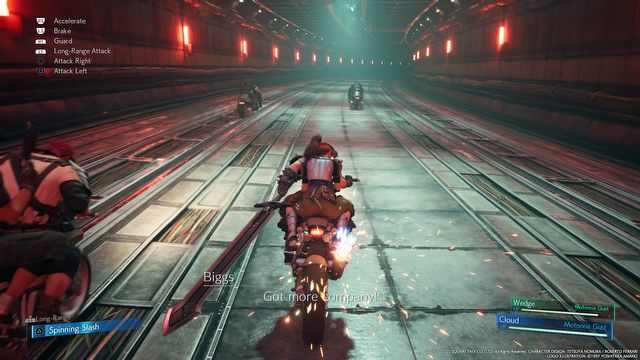 Every once in a while we also go to more open hubs. There, we can let go of the main thread for a while and focus on activities and side tasks. The former are often amusing mini-games known from the original (though obviously greatly improved); doing squats in the gym, fighting in the Coliseum or playing darts. As for side quests, they're absolutely the worst thing we'll find in Final Fantasy VII Remake. 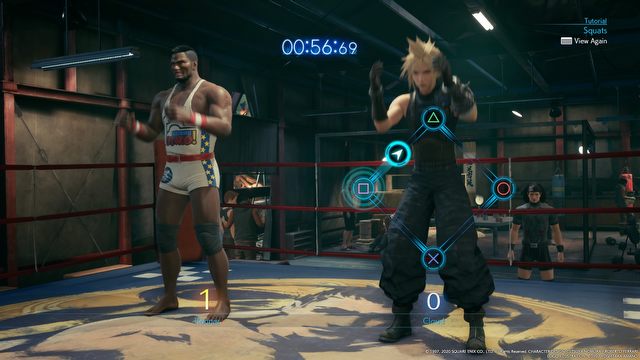 I admit I haven't completed all the side quests available in the game. I simply didn't have the willpower, since many of these are the absolute worst kind of side quests RPGs can give you. Most of the challenges boil down to "go there, kill that monster, and claim reward." If anything more ambitious comes along, it usually involves frantic running around the location in search of certain objects that are not marked on the map. It's terrible. If these missions at least had some fun plot twists or whatever. But no  we have some unrefined challenges that have us chasing rats, stray dogs, and cats for little girls. 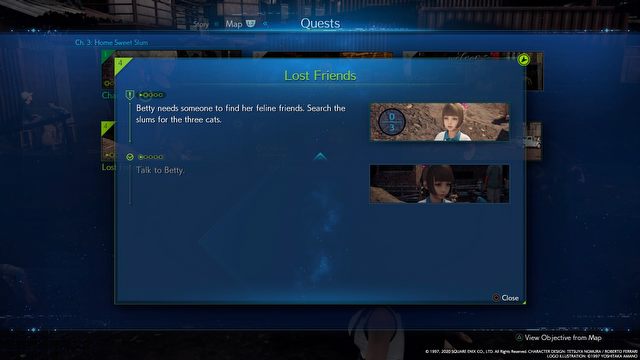 These are all optional challenges, so of course you can just give them up, but then you also give up the extra experience points and make the main thread more difficult  so there's still minimal incentive to engage. You can definitely see that this aspect of the game hasn't been taken very seriously, and it is just one more way of artificially inflating the game.

The undeniable strength of the side quests lies in the fact there's really not that many of them  most locations are corridors that are quite fun to explore. They're also quite varied  mini games are not just available in hubs, but are also part of the main story, and most of them provide a nice diversion.