Final Fantasy VII  both old and new  is, of course, mainly about combat. This element caused some initial concern, since it was brought from the semi-turn-based system to a rather dynamical one. A nod to the fans of the original is the classic fighting mode, but I can assure you it's not worth missing on the new one. The classic mode doesn't change the interface at all, its main difference being the fact that when we're idling, the active character is controlled by the AI; on top of that, it sets the difficulty of enemies to low. It's more of an autopilot than a substitute for the actual classic system. 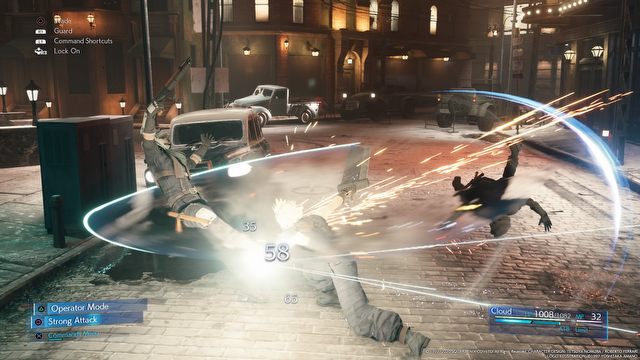 The new combat system is dynamic, spectacular, and quite tactical.

The new system fares very well, despite some questionable solutions. Our team consists of one to three characters, and we can freely switch between them. Each of them plays differently. The sword-wielding Cloud has two fighting styles available and inflicts the most damage. Tifa is a hand-to-hand specialist, and can stun enemies quickly. Barrett, with his machine gun prosthesis, excels at ranged combat, and Aerith specializes in magic. 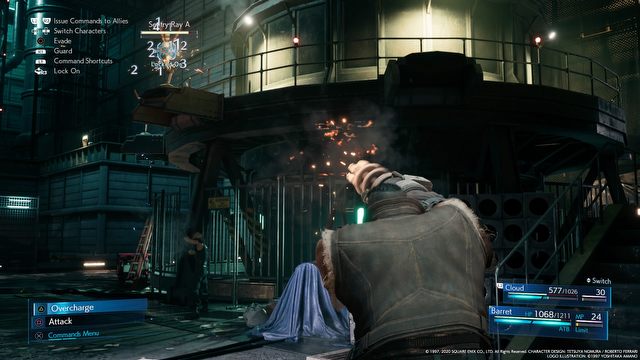 Each character plays differently. Barret is all about ranged combat.

Everyone has access to a variety of special skills, and they can also use some spells. There are also the classic summons, though it's only available in the toughest fights. It is possible to use items, limit breaks  if I remember correct, virtually all tactical capabilities from the original game are back, expanded with the ability to stun enemies, known from other "Finals."

Combat looks like in your regular action game  we run around enemies, attack, parry, and dodge. In the meantime, we charge the special ATB bar, which allows us to drastically slow time down for a moment  giving more room to cast enchantments, use items, or unique abilities. 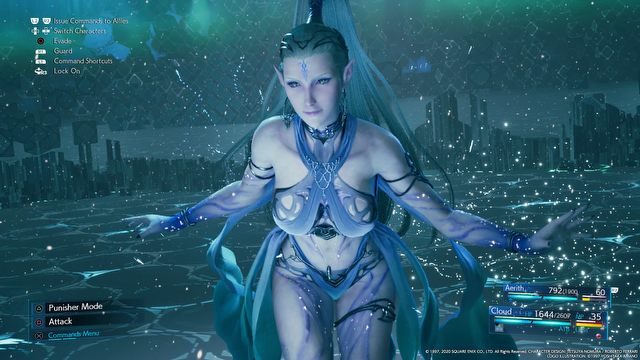 There are classic Summons such as Shiva.

The level of difficulty of the duels was quite well balanced, too. Playing on normal, I found myself using Phoenix Downs (for resurrecting team members) quite often, and even regular enemies posed a challenge if I got sloppy. At the same time, it was never too difficult  I dealt with every threat before it got frustrating.

The difficulty of combat, however, is partly due to the incompetence of our team. Our allies in battles are hopeless, and the game gives them a handicap. They're practically not using any special abilities and spells (even getting them to heal the main character in critical situations requires putting a special matter into their inventory, otherwise they won't do it), they're attacks are without conviction, and the enemies are mostly focused on us. I don't understand that approach, and I don't like it  Kingdom Hearts III got it way better. Fortunately, this is a minor inconvenience rather than something that spoils the entire combat system.

The fights are cool and all, what's more noteworthy are the systems hiding underneath  and this game has some interesting character development ideas. Subsequent experience levels automatically develop the stats of our characters, we have no influence on that. Instead, we can manually amplify them in other ways.

Take a gun, for example. Each of the tools we use offers unique development trees (or spheres), on which we can choose what bonuses we want  be it an attack and life points bonus, or an extra slot for matters. If we don't want to tamper with it, we can also order the game to automatically manage those points. Each weapon also has a special skill attached to it, which, if we use it enough times, we can learn permanently, being able to use it with any other weapon. An elegant way to encourage players to test a new weapon instead of hanging on to one of their favorites for the entire game. 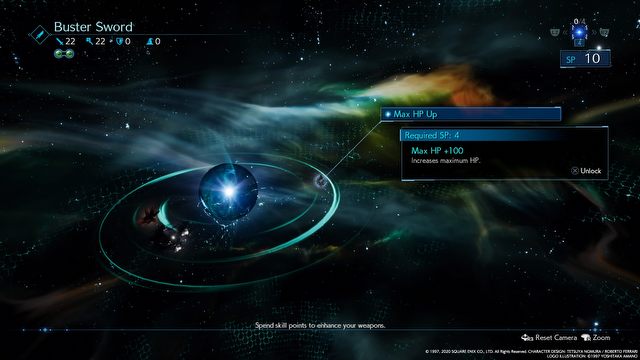 The character development is automated, but we can strongly influence the statistics with the weapons we use.

The game also has plenty of matters  the magical orbs we collect and modify our weapons with. There are dozens of these and they have a wide variety of properties  some give access to certain spells and skills, and others raise base stats or give specific bonuses. The matters have their own experience points, and once certain thresholds are reached, they give access to more powerful spells or give better bonuses. Choosing those that will be the most beneficiary can really increase our chances in battle, and digging into the details of the system can be very enjoyable.