Microsoft Flight Simulator is a gigantic, gargantuan sandbox. As with many games of this genre, there's a lot of leeway here. Of course, all you can do is fly airplanes – you won't take Roman bowling or for a beer, but you can perform stunts around Dubai's skyscrapers or land at night in a storm somewhere in a small airport in Alasca. What Flight Simulator 2020 also has in common with the best open-world games we know is the attention to the smallest details, which usually don't matter in terms of gameplay.

They're designed to enhance immersion and improve authenticity, build the atmosphere. Again, it's not Rockstar-level of their sheer number and scope, but in terms of quality and realism, many of these are simply dazzling. Much like with games such as GTA V, Death Stranding, or Red Dead Redemption II there's a ton of interesting small details worth seeing. About the only activity Flight Simulator offers is, well, flying. But it doesn't mean the game's boring – quite the contrary, this single element is so intricate and detailed that we couldn't miss the opportunity to show you these amazing details.

DRUNK TOURISTS ON BOARD AND PENNY-PINCHING: HOW MODS CHANGED THE GAME IN A MONTH

Microsoft Flight Simulator is also a platform for future expansion, and there are modding tools built into the very core game. So it's no wonder that paid and free mods have already flooded the market and there's already plenty to choose from. There already are improved cities, airports, and new landmarks available. There's a giant Godzilla on the shores of San Francisco and a Hogwarts School with a Quidditch field and Hagrid's cabin.

Most interesting, however, are the mods that add more game-specific elements to the gameplay. One of them, FSEconomy, introduces an economic aspect to our flights, so that we make virtual money. Some provide elements typical of major airline cruise flights, though unfortunately usually in form of sound and text rather than graphics. We have to wait for passengers to take their seats, communicate with on-board staff and even respond in emergencies when a drunk passenger starts a row, or someone suddenly faints. Scores are awarded for decisions we made, the way the cruise was completed, and our piloting skills – following the route and landing smoothly.

"Thank you!" – the only easter egg

The creators seemingly didn't have a lot of time to include fun easter eggs into the game, which is understandable givent that they had to recreate the entire globe. In previous editions of Microsoft Flight Simulator, we had volcanoes exploding, fireworks going off on the New Year's Eve, and a skeleton of an unfortunate traveller on a small island in the ocean. This time, about the only thing we got is a "thank you" note from the devs – the Asobo studio.

But it is admittedly quite inventive. We can find it in the city of Bordeaux in France. A thank you to the MFS 2020 community is placed on a balloon suspended above the building where Asobo is actually located irl. If you go looking for the place, look out for a special emoticon placed on the courtyard of the building, it's quite easy to spot. Bordeaux was recreated with photogrammetry, so the studio's headquarters look very realistic. 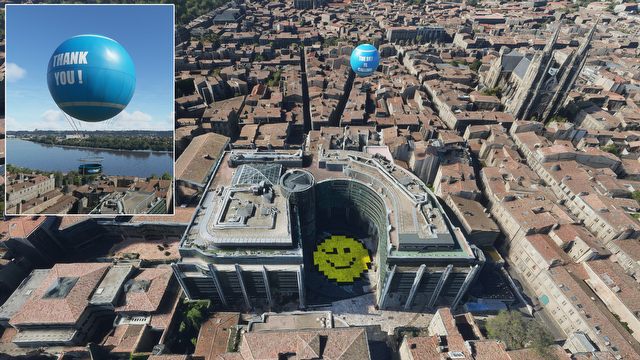 Flight Simulator 2020 has been praised for its recreation of night-time illumination of cities. You can see the lights of buildings, streetlights, traffic lights, lights cars moving in different directions. And in general, there's not much more to it. It's night, cities are lit – what else would you do? Well, there is a thing or two: for example, who, flying three miles above the ground would pay any attention to... lamps inside houses? 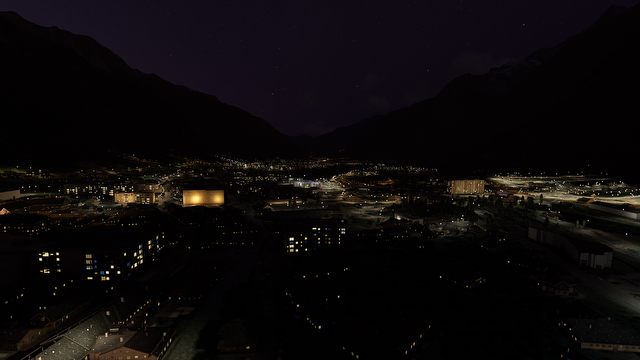 When we take a closer look at urban settlements after dark, we see small lights in the windows – a sign that someone is probably sitting there doing something important. What's cool is that the later it is, the more lights go out, totally at random. A typical evening at 9 p.m. is full of artificial light. As time passes, they will be turned off one by one. At 2 a.m., there will only be a few lights left. And as if that wasn't enough, some of the windows have flickering blue light, such as coming from a TV.

Another interesting feature related to light is the effect of light pollution. . It's a technical term for the glare of light visible from afar over large conurbations. It's created by excessive amounts of artificial lighting, impacting negatively on the functioning of plants and animals and human health, and obscuring stars on the night sky, which is never dark enough over cities. 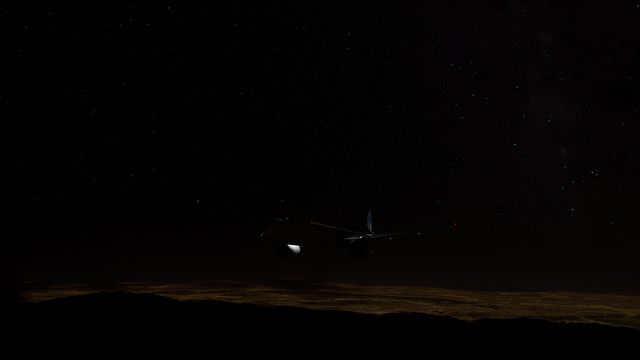