When X-Com was rebooted in 2012 it was something of a moment in gaming. Formats of yesteryear were getting a fresh coat of paint and upgraded mechanics, everything from side-scrollers to platformers were being reborn onto new hardware. And it had been a long time since turn-based combat games - outside of JRPGs anyway - attracted any attention in the mainstream.

The by now perfected mechanics of the genre have become a solid source of inspiration for many indie developers for whom a blockbuster AAA FPS is just not in financial reach to make. The simplified mechanics and tactical depth also free up valuable resources that can be poured into writing, artwork, and other bells and whistles most modern games need in order to pass muster.

And Hard West 2 is a fine example of the modern turn-based combat game. While not a carbon copy of X-Com, it brings enough wild west charm and decent enough writing to entice any garden variety gamer as well as hardcore fans of the genre.

The story focuses on Gin Carter and his gang of desperados. What begins as a run of the mill train robbery becomes something far more sinister as the crew discover they’ve unwittingly boarded a ghost train. Gin and his compadres run afoul of the train’s conductor, a demon named Mammon, who scatters the group to the winds. You’ll need to bring your posse back together, hunt the ghost train, and hand Mammon a one way ticket back to the netherrealm. 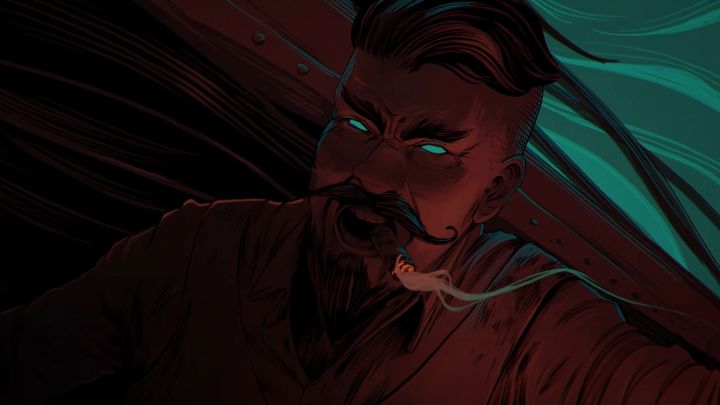 The world of Hard West is more than just a ghost story, it’s well set up, well executed, and has enough twists and turns along the way to keep you interested. It’s also worth mentioning the writing team does a great job of weaving in real historical threads into their world. References to the Ghost Dance religion - a phenomenon of the late 1800’s - are thoughtfully applied to the dark fantasy setting. This isn’t some cheesy, campy take on the wild west - it’s rooted in history and the extra effort really shows.

The “horror western” seems to have its own thriving subgenre of late with Weird West out now and the forthcoming Evil West due out this year. West of Dead is a great twist on the roguelike genre. My personal favorite will always be the Undead Nightmare DLC for Red Dead Redemption (we really need that DLC for part 2). But even if you’re not a horror movie addict there’s plenty to enjoy here as the game does a surprisingly good job of balancing the classic western revenge story with a ghostly tall tale.

You’ll recruit a number of authentic feeling characters to your posse along the way, including an undead cowboy who just wants to get back into his grave (the ghost train has a nasty habit of waking the dead). Indian bounty hunters, fallen priests, and all manner of prairie villains will come before your gang of gunslingers and you’ll need tight tactics to come out on top.

The combat is akin to any other turn-based tactical game but with a few interesting differences. Killing an enemy will return all of your action points to you so by coordinating your team effectively you can wound and then take out multiple enemies in a single turn. You’ll need careful placement, target selection, and the proper tools for the job in order to stay out of the bone orchard. 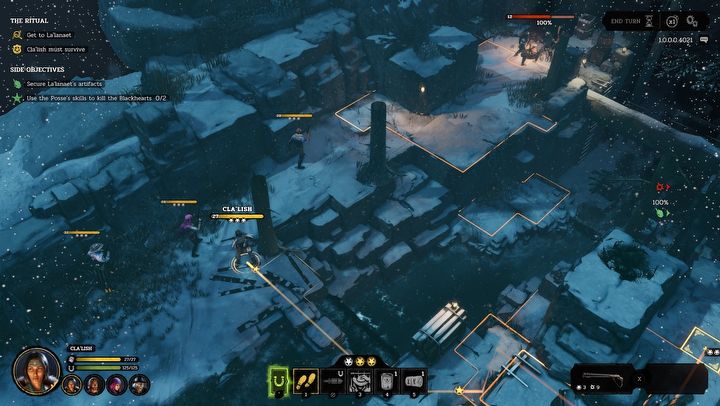 I’d recommend Hard West 2 to just about anyone, even if you’ve never played the genre before. Some early growing pains are easily overcome and there’s just the right amount of tactics, exploration, story, and atmosphere. While not a revolutionary take on the mechanics, it’s a solid offering on all fronts.

Another nice feature is the trick-shot ability, which most of your gunslingers will have. It allows them to ricochet bullets off of objects and hit enemies dug in behind cover. This is one of the big differences between Hard West and X-Com where the latter favored a sniper in the high ground and cannon fodder up front to flush out targets. Not to say that having someone perched up high with a long gun isn’t useful here, but it’s satisfying to chain together streaks (called “bravado”) and wipe out the bandidos in a few well placed moves.

Every encounter feels meaningful and contributes in some way to the story. This is helpful as you’ll struggle a bit at the beginning while learning the mechanics. Rushing to the middle of the battlefield - as you’re likely to do in the beginning - will get you killed so it’s good that no fight feels like it’s pointless; you’ll want to get back into the fray. If the developers had just rinsed and repeated the encounters to extend the gameplay, Hard West 2 would be worse off for it.

Some members of your team will have unique abilities but everyone can use any of the shooting irons and melee weapons. Diversifying your loadout with pistols, shotguns, and rifles will give you that much more of a tactical edge but you can always fall back on plinking enemies from cover with your six-shooter. Items like bandages and dynamite are useful in a fight but in my time with the game I didn’t come across anyone who could serve as a team medic or demolitions expert. The main focus is on shooting - and that’s just fine - but more of a class-based approach would have been welcome.

A trail worth riding

When you’re not dueling desperados you’ll be wandering around an open-world map. You’ll come across abandoned mines, innocent townsfolk, and bloodthirsty bandits. It augments the gameplay nicely as you’ll give your shooting hand a rest and play through some D&D style encounters through branching dialogues. 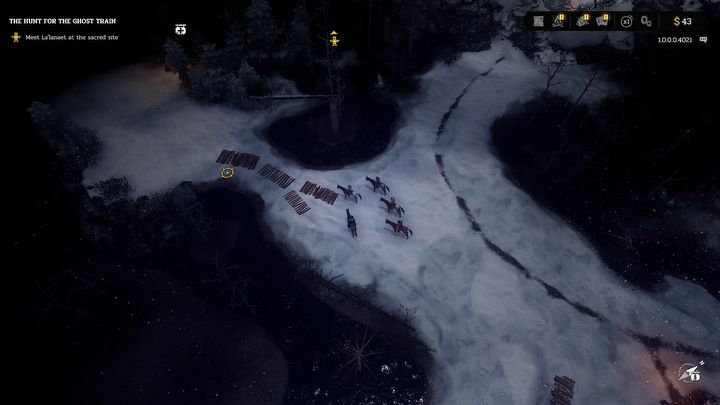 You’ll even be posed with some challenging moral quandaries: do you rob a wounded stranger or help him back to town? Do you parlay with a gang of outlaws or go in guns blazing? The dialogue options are well written and the scenarios presented make for a good distraction. It’s also an opportunity to gather loot and supplies.

I’d recommend Hard West 2 to just about anyone, even if you’ve never played the genre before. Some early growing pains (or rustiness if you’ve been out of the genre for a while) are easily overcome and there’s just the right amount of tactics, exploration, story, and atmosphere. While not a revolutionary take on the mechanics, it’s a solid offering on all fronts. And for just $30 you’re getting enough for your pesos to make this a trail worth riding.