Ori and the Will of the Wisps Game review

After loading the game, the first two attempts to launch it ended in disaster. A running hero appeared on the screen, diversifying the waiting-for-the-menu-to-load experience. After a few seconds, the animation faded out, and a second later, my Xbox One X would die. Completely.

The third time, Ori and the Will of the Wisps finally worked. I tested a few other games in the meantime, and they ran without problems. And though it eventually started working, the festival of bugs and glitches that commenced soon thereafter made me quite combative about Moon Studios' latest game. A game that's absolutely fantastic, a worthy successor of Ori and the Blind Forest. That's something I wanted to get out of the way quickly – despite the misfortunes, and even though I sneered at the studio for handing over such a buggy review copy, the game is essentially an extraordinary experience, perfectly combining thoughtful gameplay suctions, a solid narrative, and some exceptional music. It may not be as fresh as the first part, but it still found room for some innovations. 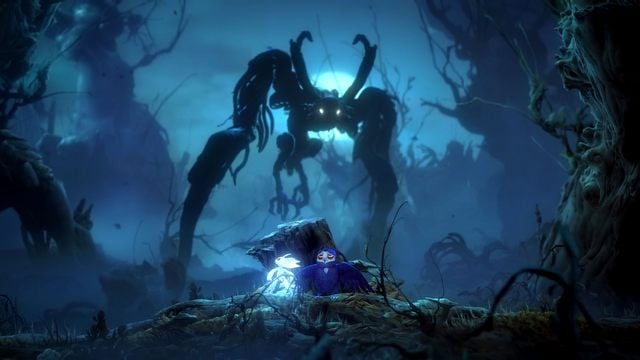 How Ku the owl learned to fly

After completing the first adventure, Ori made new friends. One of them is the little owl Ku, who grows up in the company of our forest spirit. Finally, it's time to learn to fly. But Ku has a problem – she hasn't enough feathers. 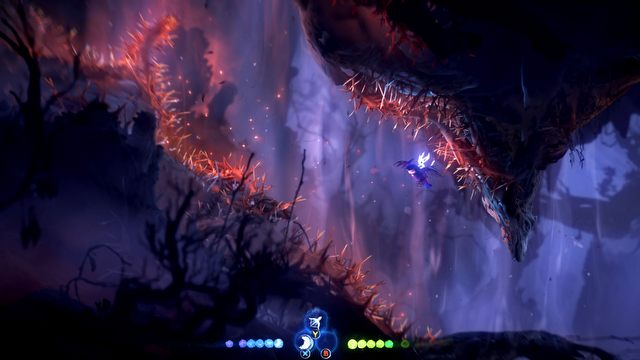 From the very beginning, the narrative causes strong emotions. There's both happiness and sadness. From time to time, there are short, interactive inserts, and all this is complemented by fantastic music by Gareth Cocker.

Thanks to his ingenuity, Ori makes it possible for the owl to fly, and she starts carrying him on her back. Merry times end when a storm breaks and our heroes fall, divided over the Niwen forest – a new, dark and corrupt land. Ori's first task will be to find the friend. 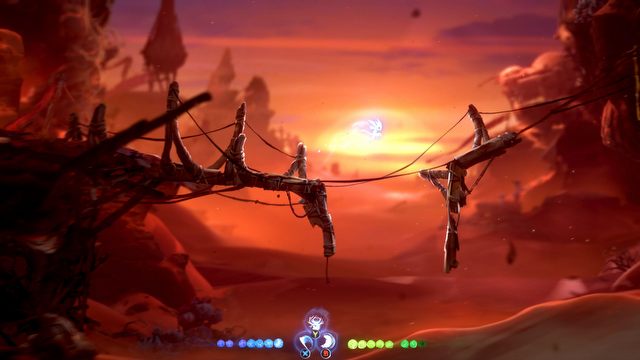 Five years ago, when the first part of Ori's adventures was released, the competition in the genre of 2D metroidvania wasn’t as fierce as it is today. And although the main thrust of the original wasn't its uniqueness – but rather that it was an incredibly passionate chunk of code – in 2020, its sequel has to compete with such games as, for example, Axiom Verge or Hollow Knight. Both of these have been incredibly successful, and widely popular – for a good reason.

With Ori and the Wisps, the devs don't fix what's not broken. Rather, they use old, proven ideas, incrementally developing additional elements. In the first quarter of an hour, you will certainly feel at home if you've played the original – Ori jumps, attacks enemies and moves in a two-dimensional environment in the same way as before. A little later, though, we begin to slowly discover the first novelties in the mechanics.

Ori and the Will of the Wisps for XONE turned out a pleasant surprise for our users - the current average score is higher than pre-release user expectations.