Nintendo consistently brings Wii U era-games up to date. Now, there were many reasons the console didn't quite conquer the market , but one of them was certainly not the quality of games available on it. Many of these titles were fine pieces of code, as evidenced by numerous remasters. Sometimes some cosmetic changes are enough, sometimes a revamp of controls and a polishing of the visual setting is needed. The Deluxe Edition of Mario Kart 8 was the first out of the box, and Pikmin 3 Deluxe is a natural consequence of the strategy.

Three amigos in an alien world 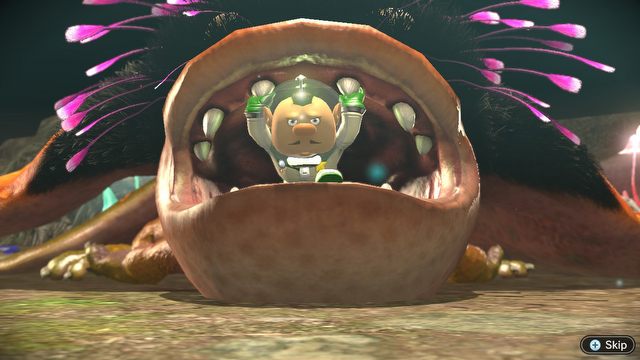 A more popular platform will provide Pikmin 3 Deluxe the opportunity to reach a much larger audience. This is, after all, a somewhat absurd, albeit interesting real-time strategy  a mixture of exploration and resource management, in which the player controls three funny astronauts commanding colorful groups of the eponymous Pikmin.

Alph, Brittany, and Charlie search the universe for supplies for the starving inhabitants of their home planet. They come to a promising place where you can collect a variety of fruits. However, as it's usually the case, they're guarded by local fauna, and reaching them requires building safe routes through hazardous lands. The army of our heroic astronauts, traveling in a multipurpose spacecraft, are the eponymous Pikmin, which, depending on color, specialize in specific skills.

We will encounter several types of Pikmin during the game. The red ones, for example, are born warriors, but they can't handle opponents covered in crystal armor. These can be tackled with black creatures, same as all sorts of glass and crystal barriers. Yellow Pikmins are able to dig the ground efficiently, but they are also resistant to electricity, being able to reach all kinds of electrical circuits and cope more efficiently with some indigenous monsters that produce electrical charges. 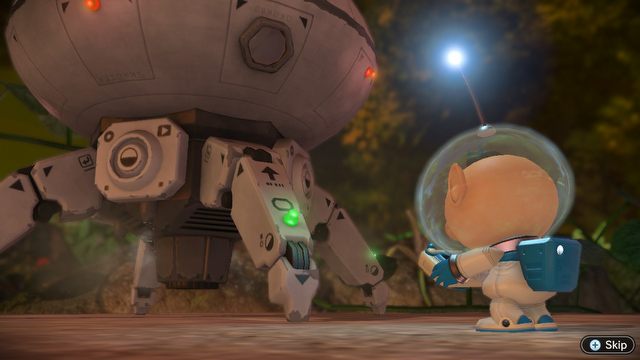 If you haven't yet had the opportunity to play earlier episodes of the series, you need to know that our astronauts are able to divide into separate groups and exchange the creatures. In this way, we can create up to three groups exploring the available areas, which is sometimes necessary to achieve the intended goal. In my case, however, it often resulted in a moderately controlled chaos, but chaos nonetheless. Moreover, the gameplay is largely based on the exploration of terrain, so we do not always know what awaits us later. There are levels that can not be completed in one approach-they're simply too large. Time is very important in the game: our creatures can work only during the day, while at night, they have to hide aboard their ship, and that's an important thing to remember. The Pikmin who fail to take refuge on the ship, are devoured by predators that roam at night. The prolonged exploration and conquest of the site consumes our resources, and therefore part of our attention must also be devoted to the search for fruits, which are also the fuel for the rocket.

How to mend something that's not broken? 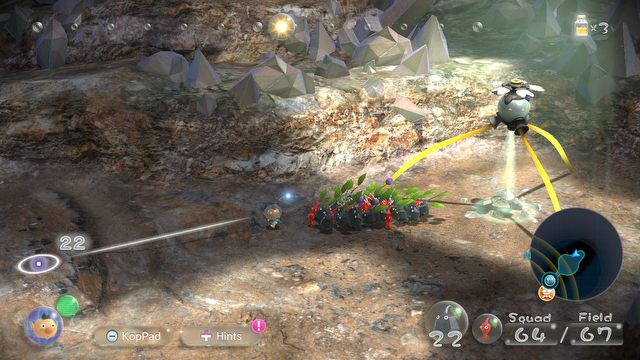 The deluxe version has received several significant improvements over its predecessor, offering, among other things, the opportunity to play the entire campaign in co-op mode with another person. This makes the entire game a lot smoother, but I do recommending learning the rules in solo mode first  apart from the initial missions, overcoming the challenges of Pikmin 3 really satisfying. This game is actually tailored to allow having a good time with an ever-increasing, but very balanced level of difficulty. Since this was my first approach to the series, I had a great time. At least most of the time, because even Nintendo games have some glitches.

Deluxe also received additional mini-campaigns. They focus on specific characters and are both a prequel to the events of the main part of the game, as well as their epilogue. It won't take you long, but the veterans will love it. Why? Be sure to see for yourself, because giving you the details will certainly spoil the surprise.

The Switch version of the game also boasts many cosmetic changes. First of all, "locking" on targets has changed. Thanks to this, the game is now much slicker and faster, although I think that this could be done even better if you didn't have to change the position of the controlled character so often. I went through the whole game with the help of the pro controller on the TV, making it a little easier. Playing with Pikmin in the mobile version probably also brings a lot of fun, but personally I definitely prefer the game on a bigger screen. 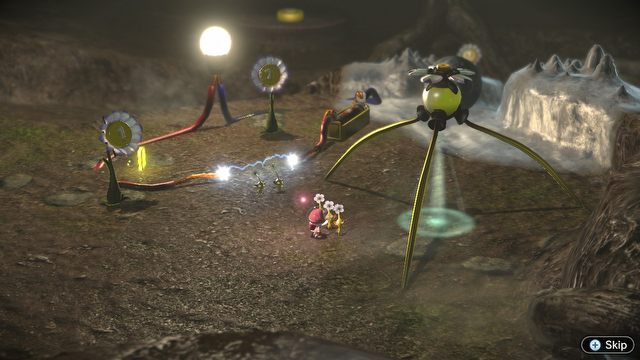 The developers also decided to introduce some assitances in the game. After pressing the up key, we will not only get a hint of what we should do, but even a path will be displayed that will lead us directly to the goal. The function will probably come in handy in a few spots, but I personally turned it off in the menu, which I recommend to anyone who does not like to be led by the handle.

For fans of achievements, special badges have been prepared, which we discover as we progress in the storyline, as well as on many other occasions when we do something unusual. This is a good idea that will surely appeal to those who like challenges and want to make sure that they have passed all the missions 100%. I'm sure the badges are motivational, so you might want to spend a little more time with the game than the roughly 20 hours it took me to complete it.

Does an ideal have to be perfect? 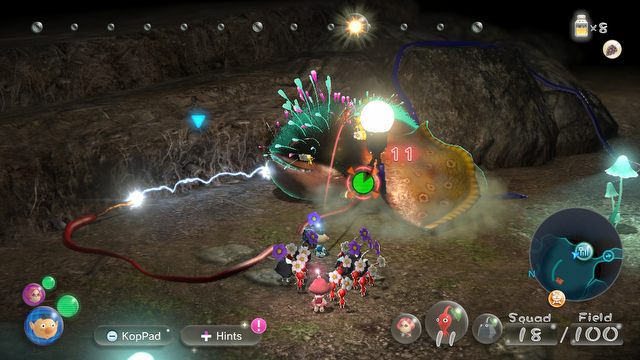 It should. And Pikmin 3 Deluxe is basically like that. The perfect balance between the joy of exploring a new environment and the tactical approach to the gameplay  boss fights, although not very demanding, are quite varied and often even very ingenious. However, for some reason the game breaks down in a not very pleasant way. It happened to me in one of the early missions. In a certain location it was necessary to divide forces and send reconnaissance, so as to rebuild the bridge of ceramics, necessary to cross the river by the rest of the "army." I found some fruit along the way, killed local animals and ordered some of the Pikmin to deliver them to the rocket as raw materials. The only way back required the construction of a bridge. So, the Pikmins dropped the body and the fruit in its vicinity and set about moving the ceramics to rebuild it. They kept bringing new pieces, but they could not enter the bridge because they were blocked by the previously dropped items. These could not be moved in any way, because the poor creatures couldn't wrap their heads around it. I ended up restarting the level, and completing objectives in a different order.

That was a single big glitch I encountered, but it's possible more such traps are waiting in different spots if people don't perform tasks in the "right" order. This is supposedly just a scratch on the glass, but in a perfectly thought-out productions should not be visible. 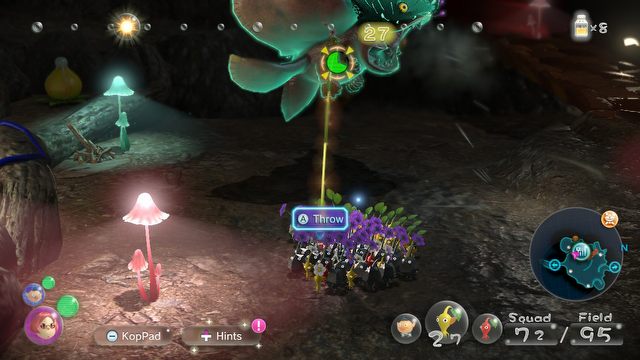 I like ninntendo games and I usually have tons of fun with them. Pikmin 3 Deluxe is no exception. It's the perfect entertainment strategy. Without any generals, explosions and all this warlike arsenal of destruction. Instead, it is sympathetic and colorful, although the native creatures are literally mowed down. Bloodlessly and with a smile on your face, I should add. While eating plenty of fruit. Of course, all this in the accompaniment of sweet and cuddly creatures.

Pikmin 3 Deluxe is an improved version of the original, but does not forego its spirit and atmosphere. The changes aren't big, mostly designed to bring the seven-year-old source material up to date. Will modern gamers be interested in this new-old game? I, for one, was delighted, and I'm sure there will be others who will enjoy such a safe, Nintendo-style, color war formula. I even think that veterans of the previous parts will find a lot for themselves here, and together with them, we will all wait for the fourth part of the series. I hope it works this time. 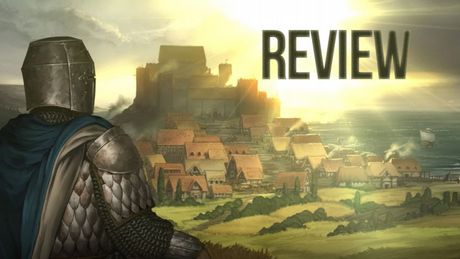 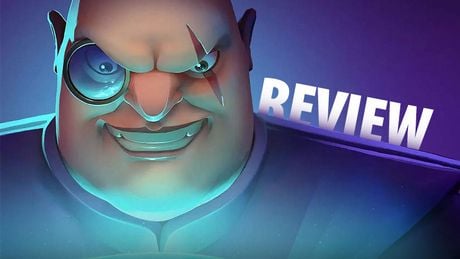