Life begins after the end credits

However, the taste of a real looter shooter is in the endgame. Good story is always welcome, but it's the content waiting for you after the end credits that really counts. Without beating around the bush  this part of the new game is simply great. In addition to the classic True Vault Hunter Mode (new game +) we also have the Circle of Slaughter with waves of new enemies coming at you, and Proving Grounds, which tests how fast you're able to break through rooms filled with enemies. Add to that the mandatory search for ever more powerful loot and getting end-game ranks (the Guardian Ranks), which develop the statistics of all the characters from our account.

And then there's the biggest gem. When you complete the main thread, the Mayhem mode becomes available  it significantly increases the amount of XP you get, and raises the chances of finding legendary items, but also buffs the enemies, making some of them absurdly resilient. What's the excitement about? In Mayhem, not only enemies are scaled to the level of our hero, but the unrealized quests do as well. This means that the quest that you don't complete at the beginning do not become redundant later in the game. 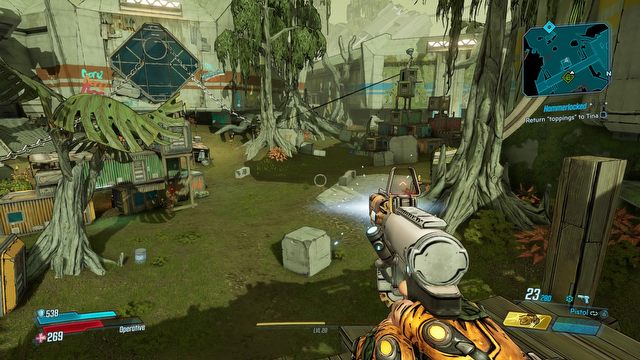 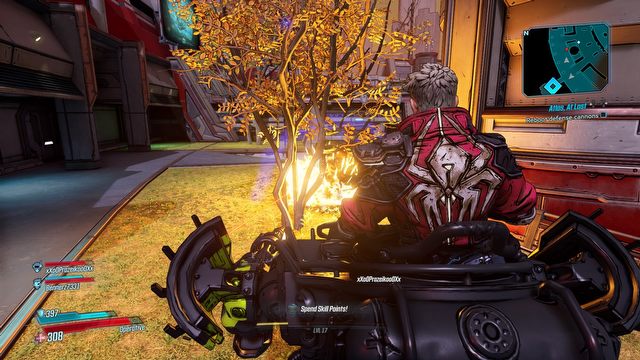 To conclude, let's have a word about the approach of the developer and publisher to the players. In Borderlands 3 there's a casino with one-armed bandits, a special "premium" currency (eridian) and a whole bunch of skins for characters and weapons. And guess what? None of these cost any real money. One of the one-armed bandit machines was even called the Lootboxer! I don't think is a super big advantage of the game  simply, a praiseworthy, fair attitude towards players, and a way for respite from the aggressive strategies of other games. 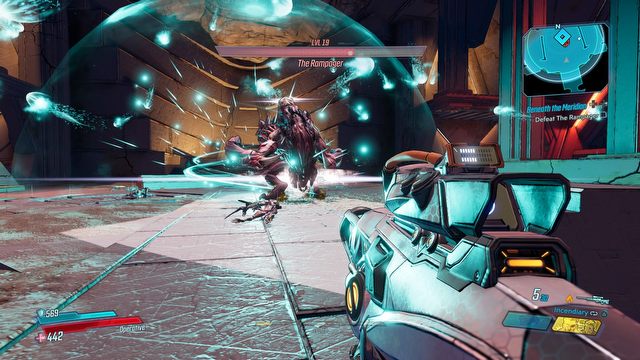 AGAINST THE TRENDS OR WITH THEM?

Borderlands 3 shows that a big, highly anticipated game doesn't need lootboxes and cosmetic microtransactions, giving access to all the content for free. But the current trends were not entirely ignored.

Before the release, the creators stroke an exclusive deal with Epic Games, so you can only buy the game on the Epic Store; there was also a special event in Fortnite  a fragment of the world from Borderlands was brought to the popular battle royale.

It's good to be back

At the end of the day, I consider Borderlands 3 a sensational shooter that focuses on what matters most  the gameplay. The gunplay provides huge fun, and the impressive arsenal of firearms always keeps the risk of repeatability at bay. The technical condition of the game is, however, worrying. Weaker versions of consoles can't keep up with the demands of the multiplayer modes, and the stronger ones overheat, while PC players cry for better optimization (and bemoan other controversies, which I shall not discuss in this fine, opinionated piece). I'm glad that after so many years, the industry can still enjoy the good old "Borders," and I'm sure I'll spend the rest of the year grinding each of the available characters on the third level of Mayhem, preferably in co-op.

I've been a passionate fan of the Borderlands for over a decade, having repeatedly completed each installment. I play mostly solo, or with a friend on Split, LAN, or online  only on consoles. I love the series for its absurd humor and the ingenious way in which it breaks the looter-shooter repeatability with quirky guns and diverse character builds. I appreciate the first game for the concept, the second for the scope and for Handsome Jack, and the famous Pre-Sequel would probably be my favorite, given the development of Jack and pure gameplay joy, if not for the almost non-existent endgame.

Borderlands 3 ripped me out of my life for more than 40 hours, during which I met every character, played online, and suffered through the split screen. I barely touched the endgame, i.e. the True Vault Hunter Mode in the Mayhem version. However, I shall be playing it for many weeks to come, and I feel Ive gotten a good sense of how this mode was approached this time.

We received a review copy of the game from Cenega free of charge  big up.

Borderlands 3 for PS4 turned out a pleasant surprise for our users - the current average score is higher than pre-release user expectations.