Borderlands 3 is the third main installment of a recognized series of FPP shooters with RPG elements, which has significantly contributed to the separation of the looter shooter genre (it also includes such productions as Tom Clancy's The Division, Anthem or Warframe). Production introduces a number of changes and improvements to the known formula. Gearbox Software is responsible for developing and publishing this title (authors of previous parts of the cycle, as well as Brothers in Arms series, among others).

Borderlands 3 takes place five years after the events of the second part. This time the plot focuses on the Sirens, i.e. women endowed with mysterious, superhuman powers, which play an important role in the universe of this series. That being is the main antagonist of the production. Together with her twin brother and the cult of Children of the Vault, the mystic takes on the players.

We start the game by choosing one of the four available characters. Here you will find an expert in hand-to-hand combat (this time the character of this type is also a Siren), as well as heroes able to call on useful creatures or using the help of robots and gadgets. Importantly, each hero now has more than one special ability ("active" abilities, i.e. attacks or powers that we use during combat).

The basis of the game is traveling quite large locations (this time we move not only on the planet Pandora, we can also get to other places) and fighting with opponents as part of the main and side tasks. As the adventure progresses, we gradually develop our character and acquire equipment. Just like in games belonging to the hack'n'slash sub-genre, equipment falling out of enemies and found in chests has randomly generated statistics and properties (some guitars have, for example, attacks based on elements, with the number of the latter being higher than before). What's more, the weapons can now be modified with replaceable parts.

Another noteworthy change concerns the behavior of NPCs in combat (we are talking about heroes controlled by AI, who help us in some missions). In the "three" they can come to the aid of the knocked down hero and put him back on his feet (earlier only other players on the team could do this).

In Borderlands 3 we can play alone or in cooperation with others, but the game has been designed primarily for cooperation mode.

Borderlands 3 has a pleasant three-dimensional graphic design that looks quite similar to the previous parts of the cycle. The creators once again took advantage of cell shading technique, thanks to which the characters and locations look as if they were taken out of a comic book or animated film. The exaggerated and humorous artistic style typical for this series also returns.

The Borderlands 3 Guide will help you select your character, learn about available guns and understand all the other game mechanics. It also contains a well-illustrated walkthrough of the main story and side quests. 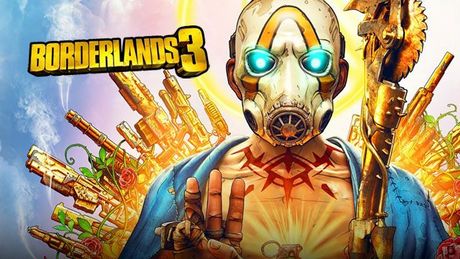 The cult series of looter shooters has returned to give us crazy firearms and tons of cannon fodder to kill once again. What's new in the world of armed Sirens and Space Vaults? Not much  and that's exactly what we wanted!

Hungry for Borderlands 3 news? Well, not much of that yet, but there is a tech demo that shows how the game may look like.

Gearbox Software announced a presentation during the upcoming PAX East, on March 28, during which many surprises are to be shown. Borderlands 3 may be one of them.

We are almost sure that, the next installment of the Borderlands series will be officially announced near the end of this month. Gearbox Software has published a suggestive material featuring the brands' unique graphic design.

Borderlands 3 Only on Epic Games Store?

Shortly after the rumors about the announcement of Borderlands 3 have been more or less confirmed, a new suspicion is making rounds on the web - that the game may become and Epic Games Store exclusive.

An alleged leak has appeared on the web, which reveals a lot of information about Borderlands 3. This is coordinated with Gearbox Software publishing a new video, which appears to confirm that the new installment will be announced on March 28.