“The Lord God commanded the man, saying, ‘From any tree of the garden you may eat freely; but from the tree of the knowledge of good and evil you shall not eat, for in the day that you eat from it you will surely die.”

The quote above comes from The Book of Genesis, which aptly describes the opening of Smelter, the debut game of Japanese developers, X-Plus Games, and published by Dangen Entertainment known for other indie games such as Minoria and Bug Fables.

But this just isn’t a rehash of the biblical titles that for some odd reason showed up on the NES, Gameboy, and SNES back in the day – Smelter is its own thing that combines typical, old-school 2D platforming with the complexity of real-time strategy, and it’s topped off with a 16-bit graphics engine for good measure. 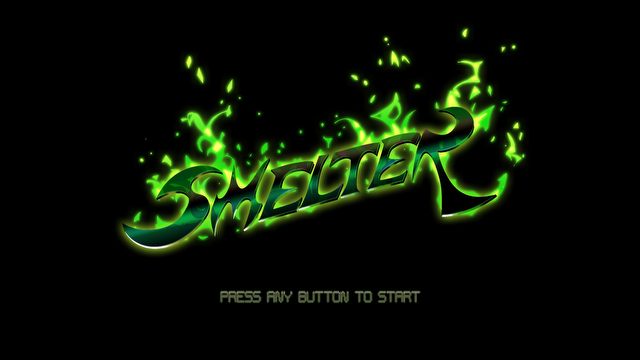 Narrative-wise, Smelter offers a bit of a twist as it is Adam, not Eve, who commits the “original sin” by eating the apple fallen from the Tree of Knowledge, as chronicled in the aforementioned Book of Genesis. Due to this event, Eve descends into endless darkness and awakens in a foreign place where she seems trapped. Here, she meets Smelter, an apparent angel that once ruled over the Rumbly Lands. He takes possession of the Eve’s body by offering to be her armor/protector of sorts, and then compels her to take him back to his once thriving and powerful empire.

The plot is cracking from the outset with some really sharp, witty dialogue, and as it further unfolds, it’s capable of both surprises and thought-provoking moments. As both Eve and Smelter, we experience a sardonic adventure with compelling cutscenes (and some cool, anime-inspired flourishes) which embellish a structured and fluid narrative that finds Eve in search of Adam… and Smelter? Well, he just wants to re-establish his empire.

The gameplay is meticulously structured and unfolds effortlessly. The platforming levels are nothing groundbreaking when compared to other titles of the genre, but there are enough added skills and abilities to keep things fresh. For example: When controlling Eve, she can stop falling rocks with Smelter (similar to Metroid’s ubiquitous ice beam), which allow her to reach the other side of a cliff, or to reach a platform that seems otherwise inaccessible.

Mastery of Eve's three main skills are vital to survive in the game's intricate dungeons, and these skill trees derive from three separate areas and/or Domains found in the overall game world: Gurabi/Earth, Nutoro/Air, and Eramagu/Electricity (which unlocks a cool electrified whip that is the best way to attack standard enemies). If Eve finds herself in a dire situation, then the Smelt Blade super attack is the way to go. This crucial weapon is powered up by eliminating enemies and collecting their essence.

To enhance these skills, Eve must find and/or tackle timed, challenge levels, called Trials, scattered throughout the dungeons. The difficulty in these Trials can be original and well done, but others are quite challenging, cheap, and frustrating. Difficulty spikes (e.g. unseen enemies and obstacles harming you, knockbacks causing you to fall off platforms, etc.) took me out of the game at times, but from an overall gameplay perspective, the Trials are a novel design choice that ultimately lead Eve to the completion of the skill trees in each Domain so, in the long run, I get it. I don’t like it… but I get it. 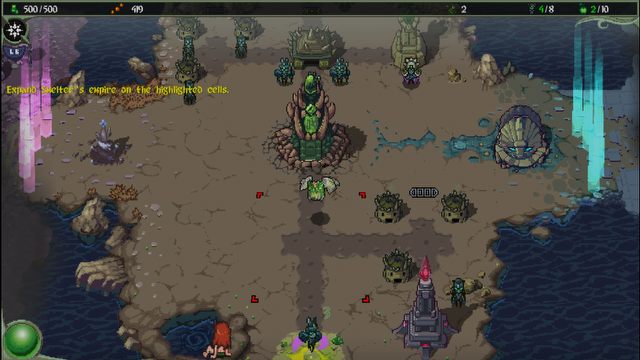 Hits me right in the ActRaiser feels...

The boss fights are well placed and paced, especially in the first few hours of the game when you/Eve aren’t quite up to speed with Smelter’s accurate controls. As with most titles of this ilk, the best way to combat these bosses is to think, then strike with precise timing between one attack and another, alternating with the skills that are currently available. Still, you’re going to die a lot as the difficulty spikes wax and wane, but if you’ve prepared Eve properly, she should emerge triumphant more often than not.

The strategic parts of Smelter don’t attempt to reinvent the wheel, but they are still entertaining as we get to control Smelter, who really and truly seems to dig the art of conquest in the Rumbly Lands. The Zirm are Smelter’s underlings – here to satisfy his thirst for subjugation in the nine explorable regions which unlock as we advance.

It stands to reason that it’s better to build roads which we then build houses upon to give shelter to the Zirm soldiers in the barracks and watchtowers. What worked best for me, was constructing the dwellings within the main region then dropping the military structures around the borders. Positioning each structure is simple and intuitive, as well as it is vital for repelling the attacks of Smelter’s many enemies. Smelter can choose to bolster the Zirm in a variety of ways, opting for different, but resistant, defenses that are all useful in facing the problems that crop up. The most useful thing by far is to unlock the teleportation portals which allow Smelter to move from one region to another to easily keep tabs on things (i.e. troops, structures, and defenses) on the game map. 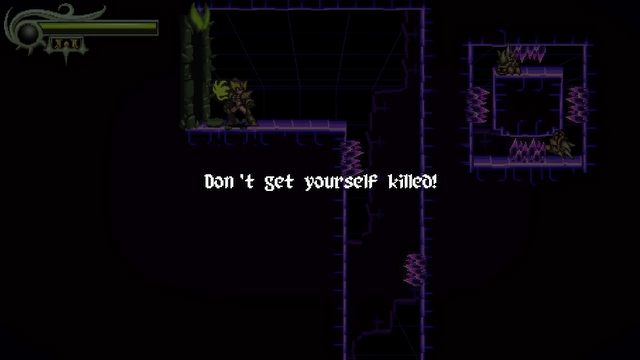 Great advice... too bad it’s much easier said than done

Much like ActRaiser’s little cherub, Smelter can be controlled while traversing the map, and he can defend the buildings in his empire by spitting upgradable, fireball-like projectiles. This is a welcome gameplay wrinkle as it breaks up the repetitiveness of the world building sequences. And while Smelter isn’t perfect, it seamlessly combines the best (and worst) of a platformer with the best (and worst) of an RTS. It’s not a title that changes the two genres in a transcendental way, but it keeps everything moving at a good clip gameplay-wise, and that’s commendable.

The level design is simple and somewhat repetitive, although the places Eve visits are diversified and inspired. The art direction is solid, especially when Eve comes across the Undershell levels which take her to an alternate reality from which she can bounce back and forth from. She transitions from cybernetic settings to realms that touch upon distinctly Japanese sensibilities. Combine that with the 16-bit graphical aesthetics and flourishes, and the overall results are certainly laudable.

On the technical side, Smelter takes a few hits as slight drops in frame rate and crashes to the desktop occur here and thee. On top of those issues, a day-one hotfix was needed because the game just locked up after the first, RTS tutorial level and, well, it’s easy to say that the game could have used a week or so polish up that code a tad more. 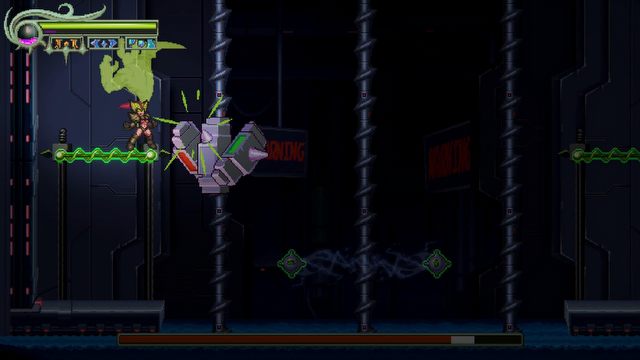 I’d be remiss if I didn’t mention another area where Smelter shines: the soundtrack. It bursts with 80’s hair metal majesty thanks to the virtuosity of Evader, who is clearly channeling the original Mega Man composers Manami Matsumae and Takashi Tateishi.

At the end of the day, Smelter sits squarely in the realms of fan service and nostalgia, and it truly delivers - especially for those who appreciate the slick, 16-bit graphics and the varying, hardcore platforming challenges. Moreover, it’s got some real legs, with 20+ hours to plow through… although it can last much longer if you are of the completionist mindset.

So, limber up your fingers and thumbs before you give Smelter a go, and just try to appreciate it for what it is, understand its gaming DNA, before you hurl your controller across the room in amused vexation.