Transportation of people and goods makes for an excellent material for an economic game. The combination of business with the construction of an efficient logistics network poses a many interesting challenges. The most important issue is to make good use of that potential.

In the last two years, different studios have become increasingly interested in this theme – in addition to the "Fever" series, the beginning of this year also brought the mediocre Railway Empire, and just a couple of weeks ago, Railroad Corporation was released. But the golden days of Transport Tycoon, Industry Giant or Traffic Giant still cast a long shadow on the genre – these games used to be extremely riveting experiences, capturing players for long hours, and are still considered unmatched, tycoon paragons. 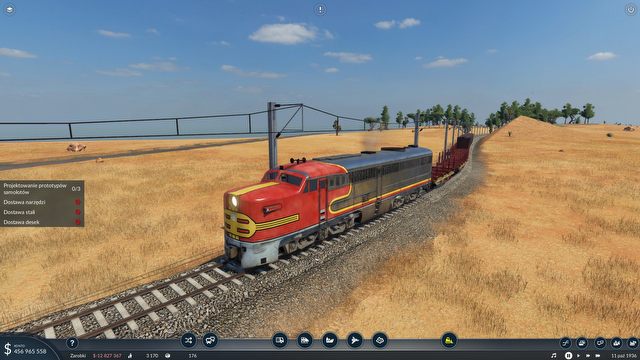 The first installment of Transport Fever from 2016 met with a fairly optimistic reception of critics, although I personally felt it deserved a score of around 6/10, considering there were no AI-controlled opponents, and that the the economic layer of the game had some serious flaws. Despite its shortcomings, the game has become quite a treat for fans of transport and logistics, ready to forget its purely tycoon shortcomings, compensated with extensive capabilities in terms of developing the logistic network, and comprehensive modding support. The announcement of the new Transport Fever warranted hopes for an overhaul of the predecessor's underdeveloped aspects, the economy in particular. Is that indeed the case? 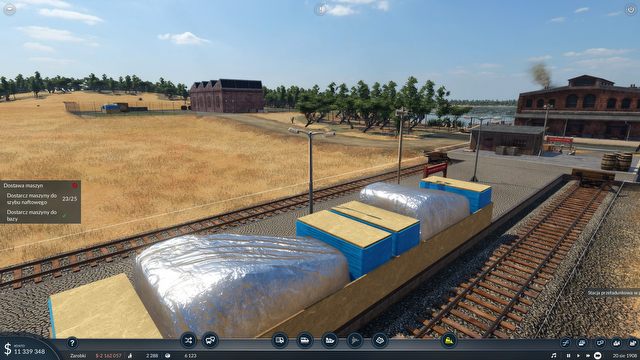 In Transport Fever 2, just as in the first part, we become the head of a logistics enterprise – using land, air and water transportation channels, we move various goods, as well as passengers, across large maps. The game runs on the same, albeit modified, engine as the predecessor, so everything looks very familiar to anyone who's had any contact with the first part.

The changes in the game's mechanics really introduce a lot of changes. Each city now accepts only two kinds of goods – one for the industrial zone, and the second for the commerce. The third element, universal for every city, are, of course, passengers. On top of that, the developers gave us some really interesting tools for upgrading stations. We can expand every stop to our heart's content with ready-made elements such as walkways, terminals, platforms or piers. With these, and a host of smaller tweaks, TF2 provides even more fun for players keen on creating complex transportation networks. 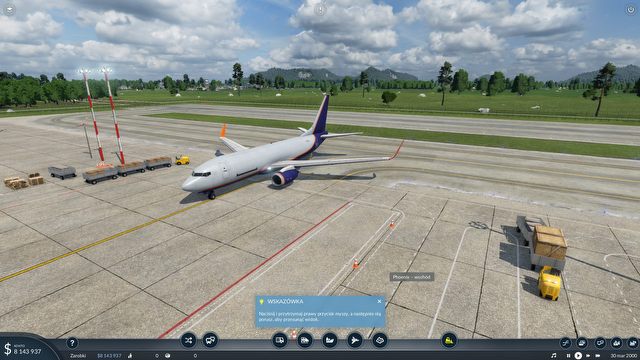 Of course, all the advantages of the first game were preserved in this aspect, so we still get a very interesting, realistic flow of materials, which are all "physically" present on the map. This is complemented with a complex rail network with check points, and multi-stage logistics utilizing different modes of transport. Unfortunately, the outdated railway construction system wasn't improved – we still have to manually construct every part of it; a system that would allow setting a quick blueprint of a rail track and then introducing neccesary changes would have been much more confident. Another disappointment stems from the fact that the goods we're transporting do not fit the era that the player is in. There are plastic factories in 1850, and the year 2000 doesn't bring any electronics. 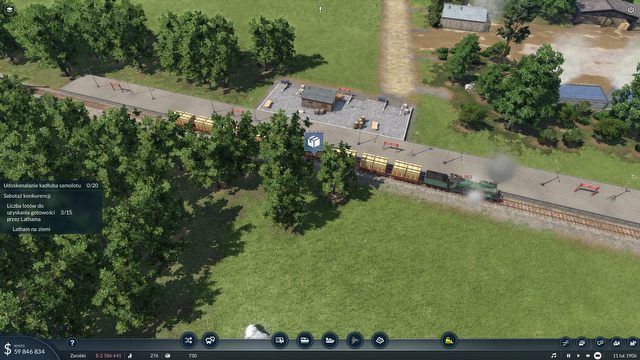 The catalogue of more serious problems with the mechanics is expanded by limited capabilities of managing loading of goods – we can not, for example, send a train that will collect a certain number of goods from several consecutive stations, since cars always carry as many resources as they can hold. Of course, we can build a train from different types of cars, however, the problem remains unsolved if the goods that we'd like to collect from different stations are transported by the same type of cars. Similarly, the capabilities for distributing and coordinating vehicles on a single line are equally limited.

According to our users, Transport Fever 2 for PC was a disappointment - the expectations before the release were higher than the current average user score.