Where the game ends, the fun begins!

Fortunately, Wolcen offers more than just a festival of violence, a decent loot-fest, and solid character development. It's even more violence, development, and looting! When we get to the end of the campaign, it's time to get going with the endgame. What only appeared in Diablo III with an expansion, is here from the get-go. Not only that  it's also neatly tied with a bracket of story. Wolcen's Champion of Stormfall is a piece of great design. There are two ways to enter battle  contracts, and expeditions. 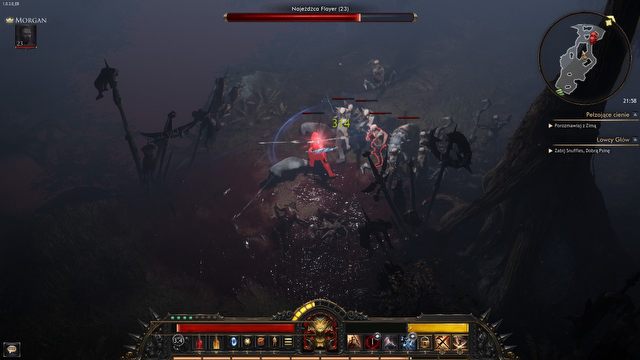 Contracts have different scenarios. Sometimes, it's about a boss, sometimes it's about a few specific opponents, clearing shrines, or a specific monster. Well  the classic. Expeditions are pretty much rifts from Diablo. We clean the map until we fill the bar, and then go beat the great evil master of the board. Or get a beating, because things aren't that easy. Wolcen's endgame is complex, requires attention and reflexes, and, of course, purposefully-built character. If you get here, you're lost. The game will suck you in like quicksand, and you'll soon find yourself looking for the damned, legendary armor.

To make it more interesting  all this is tied together with interesting, simple, yet appealing system of city development, and at the same time another aspect of character development. Our city provides us with concrete enhancements. One of the more practical ones is an additional skill slot, but there's more. There's a slew of bonuses available, so you need to plan in advance. The buildings we order to be constructed won't be done until we come back from a few expeditions. These mechanics click together beautifully. This pushes us to new jobs, and our power is growing not only with the level of experience, but also with the expansion of the city.

To make it more fun and a little cooler, these missions still contain story. These are simple stories about the power struggle of noble families, but they are quite joyful. And since we're talking about the story... 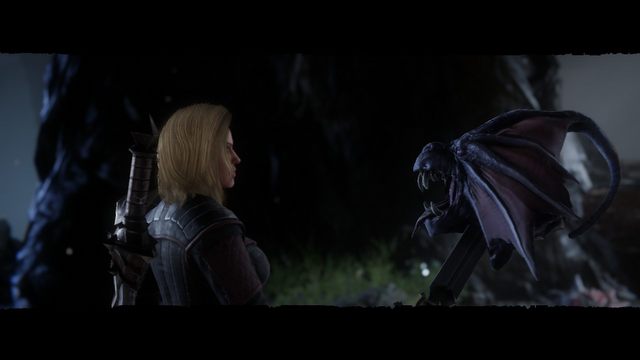 Wolcen is one of the rare hack'n'slashes, where the story does matter (of recent games, only Children of Morta treated the plot more serious). At first glance, everything looks rather corny. "Larger-than-life" heroes, an army of quasi-Warhammer steel soldiers who march to kick the demons out of the world. We're are among them. To make it more fun, all the skill names sound like death metal lyrics. It's a bit cringy at times. 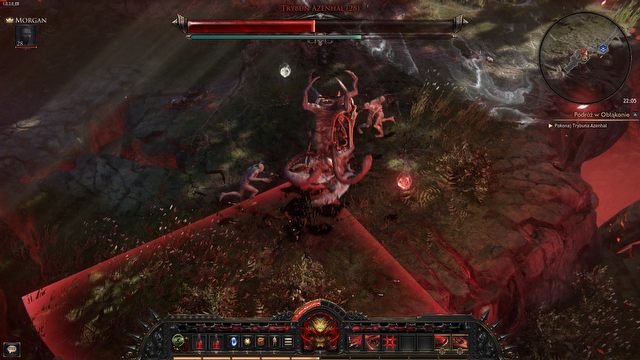 However, it turns out that we get a cleverly conceived scenario. It's cohesive. The sharp, epic conventionality of stories about armored knights is perfectly combined with the joyful slaughtering of the abominations. Given this grandiose, armor-plate staffage, the story turns out quite amusing and entertaining. All because the writers were able to keep the big picture in mind all the time, and wrote pretty good dialogs and convincing characters. It's all a bit like a bombastic, 80s action movie. Naturally, we turn out to be the special one, and there's a good chance that we're the guy who can take down the arch-villain, whoever he is, but fortunately, it's not all that cliché, thanks to the protagonist's personality.

He or she is a cheeky, ironic jerk with a nice voice. Besides, they're not alone. The story has another important pillar. The family. Yes, the centerpiece of the story are our loved ones, the children of Hemlock. We begin as one of three orphans adopted and trained by the Grand Inquisitor. The relations between siblings and the stepfather is the main premise of the story. A heart that beats alive Hemlock commands respect and plays a vital role. We have a hard-headed, warring brother, Edric, and my absolute favorite, the wayward but disgustingly loyal Valerie. For many missions, we are accompanied by one of them and... this game would have lost a lot of its charm without the happy, pathological family. 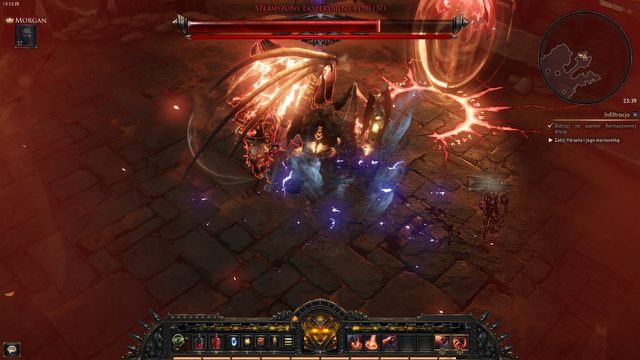 Although we can't influence the skills and equipment of our comrades, we form some pretty strong bonds with them. The siblings are completely brash, but there's also trust, there's warmth hidden behind the steel. You can see they have character; they've been through a lot. The connection between the main characters is genuine and generates a lively dynamic. And Val, the little-big pearl, is perhaps the most amiable companion of the mainstream slasher games ever. This is the type of woman who pulls her sword from a monster's eye socket before you finish asking "what's the plan." It's impossible not to love her. 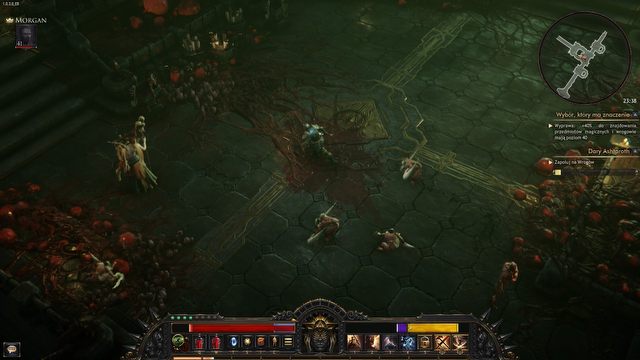 Thanks to such things, Wolcen's plot resembles a screening of Con Air, Face/Off or one of John Woo's movies. A lot of joy and a little heart. To make it more interesting, by the middle of the second act, the atmosphere thickens, becomes dark and disturbing. The creators diversify it with some uncomfortable body horror, and an enemy, who only strengthened my belief that the collective consciousness is not the most fortunate concept that humanity has invented. And all this is served in several interesting, initially ambiguous (because it's obvious things will end with a slaughter) interactions with our hero. Yes, Wolcen Studio is trying to run the ossified formulas that start rattling when we remember diabloids.

It's a pity that the last act was cut short by a brutal cliffhanger that leaves us almost in the middle of a key event, but with no answers (despite the endgame taking place six months after the events of the campaign).