Spare a tear for CryEngine

One of Wolcen's biggest assets is the cause of its biggest problems. At least currently. The creators decided to use the magnificent, yet very demanding CryEngine. This is a powerful tool that works wonders in the right hands. However, it seems that only the original creators of this tool, i.e. CryTek, have fully mastered its capabilities. You can see that the devs from Wolcen struggled with it. 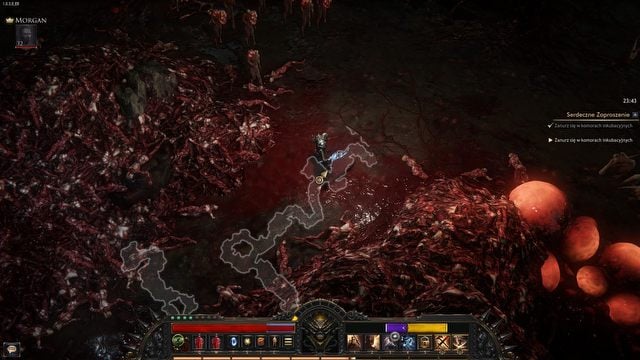 When you take a closer look, you will notice it (also in cut-scenes). The animations are numb, and the characters move like logs of wood  the funny thing is that combat feels visceral anyway. Face animations are sometimes also pretty embarrassing. Then, some characters come with no facial animations at all  they just stand there and nod, with the audio playing in the background. Fortunately, the voice-acting sound very good, which saves the day (the music, too). This numbness is obscured by the overall beauty of the game. The environment, the models, and equipment elements are all very appealing, and monsters are sometimes so disgusting you can cringe. The environment could be more diverse, apart from the desert we get just classic caves, forests, fortresses, cities, and ruins. But you can live with it. 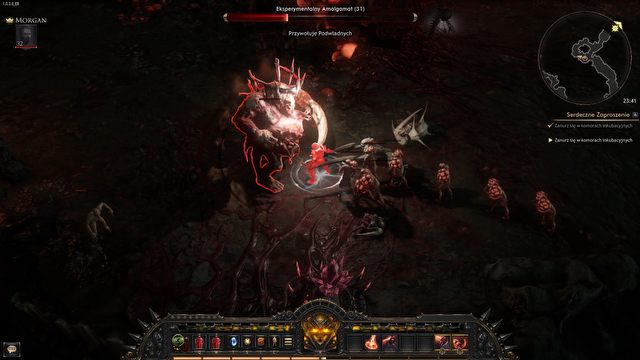 On the other hand, the technical condition makes playing Wolcen sort of a roulette. There's many factors contributing to that, including rush, changing the concept, and the difficult engine. But that's no excuse. Personally, I encountered several mistakes, and only one prevented me from playing. I had to reset the game several times and repeat the location, because the conversation with an NPC didn't want to trigger. In addition, several times Val attacked the air, and in general, collisions were determined with strange logic. However, it seems that the game went pretty easy on me.

I've seen reports of character saves being lost along with loot, or issues with attributing skill points. Then, there were some exploits. News of problems with connectivity crossed the community with force of a typhoon  they resembled the time when Diablo III was launched. The servers did not hold up, and the creators, although they hoped for success, did not expect such magnitude. 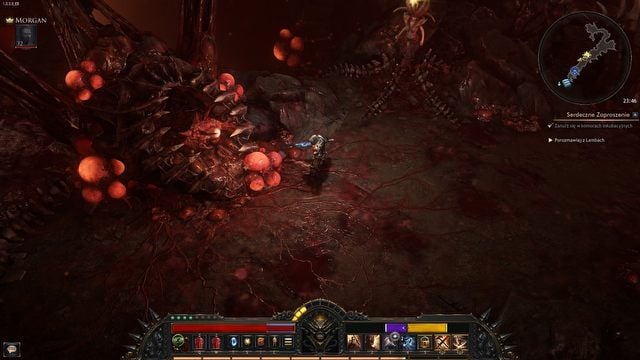 The Wolcen Studio of course promises that it will systematically patch the game, and they admit their mistakes. In addition, there are plans to add the fourth and fifth acts, a PvP mode, guilds, and other activities. Ambitious. We'll be back to check that out. Believe me. This game just looks too good. 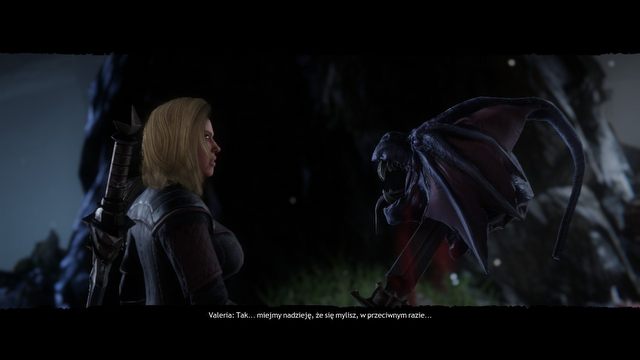 And guess what? Wolcen Studio are absolutely trustworthy. In Wolcen, you can see the passion, commitment and a fresh take on the formula of the slasher. For now, it's just a smooth, gentle evolution with a few cool mechanical quirks, a thoughtful character development system, and an exciting story. If the creators do not rest on their laurels after the initial success and fulfill their promises, Wolcen will sit in the Pantheon of modern slashers, right next to Path of Exile  it already looks better and is livelier (although much smaller). Despite the mistakes, I don't hesitate to give it an eight. Combat is just too good, loot is too sexy, and there's too much passion poured into this game to rate it any lower. And this passion has gripped the gamers hungry for a dynamic h'n's. At the moment, I'm willing to give the creators the benefit of the doubt and wait for patches. As long as the heart wins!

The two a.m. I'm finishing writing the text, and I know that when I'm rested, I'll get back to this game. This is what Diablo 2 did for me a long time ago, though in a different way. I've already met Wolcen on the occasion of an Early Access promotion on Steam. Even then, it gave me a lot of fun. I know the production is contradictory, I see its flaws and problems, but at the moment, I trust the creators and see it can become much better. Maybe it will end up being a one-hit-wonder, or maybe we're witnessing the birth of a new Titan  in pain, but to the accompaniment of thunders.