The cult of studios in the video game industry is very strong. That's largely because this medium pays less attention to the names of specific creators than in case of movies, books, or music. We may not have our George R.R. Marin, Cohen brothers, or Ed Sheeran – in a flood of anonymous developers, directors, writers, and artists, there's only Hideo Kojima, the last giant standing in the whole gaming industry. Instead, we have the beloved Naughty Dog, Rockstar Games, and Bungie, whose productions and franchises are considered as guaranteed smash hits even before their released, simply because those particular teams develop them. This certainty is unwavering, even though the composition of particular studios has changed a lot over the years, and two games from the same series, developed by the same studio, may in reality be created by completely different people.

I'm also a slave to this mentality, having a list of developer studios I firmly stand behind. Without a second thought, I'll throw my money at any project that comes out of the hands of Ryu Ga Gotoku Studio, the creators of the Yakuza series – even if it's a hermetic adaptation of a 40-year-old manga I've never heard of before. I will blindly follow anything Naughty Dog or IO Interactive does. And I will be severely distrustful if "their" brand ends up in the hands of some other team, expecting the worst. After all, it's the original developers who know best how to direct their work, not some strangers, right?

As recently as a year ago, I would've complained about Life is Strange: True Colors, another full-fledged game in the series, but not developed by the original studio. The first part of this series was among my favorite games of last generation – a magnificent rollercoaster of emotions, which came out of the blue and won my heart in an instant, while simultaneously promoting Dontnod studio to one of my favorite development teams. That's why I strongly distrusted the Before the Storm spin-off, which was entrusted to Deck Nine, at the time rather inexperienced in the genre. The game ultimately turned out to be noticeably weaker than the original, but it wasn't that bad – just a pleasant filler for the biggest fans. For a spin-off – an acceptable work. At the same time, it reinforced my belief that a continuation truly worthy of the heritage can only be created by Dontnod. 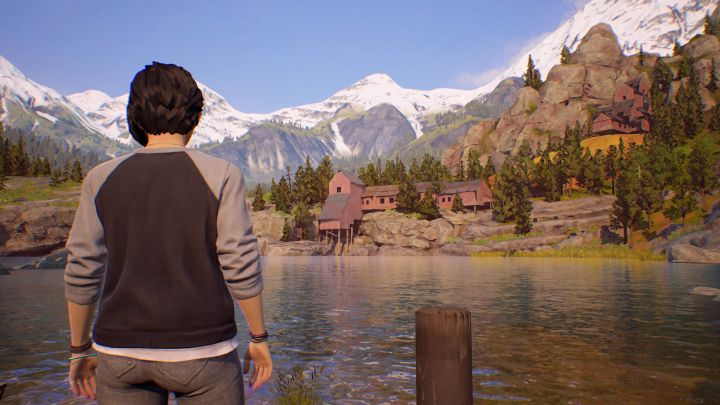 A small town and charming views are the key to a good Life is Strange game.

So when I finally played Dontnod's Life is Strange 2 in November, it hurt. A lot. Everything that was a strength of the original has either completely evaporated in the continuation or has become an excuse to push the creators' worldview and political commentary. And not "pushing" in that hysterical style that dominates Internet discourse, where platitudes like "political correctness" are thrown around mindlessly. No, in LiS2, the propaganda was so thick and based on such a stereotypical representation of the world that it took the form of a grotesque caricature discouraging even people with similar political views. The story of the two lost brothers suffered from it; the dialogues turned into propaganda tubes suffered; the personalities of the side characters often turned into walking stereotypes also suffered. I suffered too, because instead of a great adventure I got the biggest gaming disappointment in recent years.

I bounced off the game enough to dismiss Dontnod. I would also dismiss the series and stop being interested in its future if it wasn't for that Life is Strange 3, actually titled True Colors, ended up in the hands of the creators of the spin-off Before the Storm, Deck Nine studio. What would have been a cause for concern a year earlier now appeared to me to be the last chance that the series could still make a good impression. And you know what? Deck Nine proved to understand the phenomenon of "the first one" much better than its original creators. 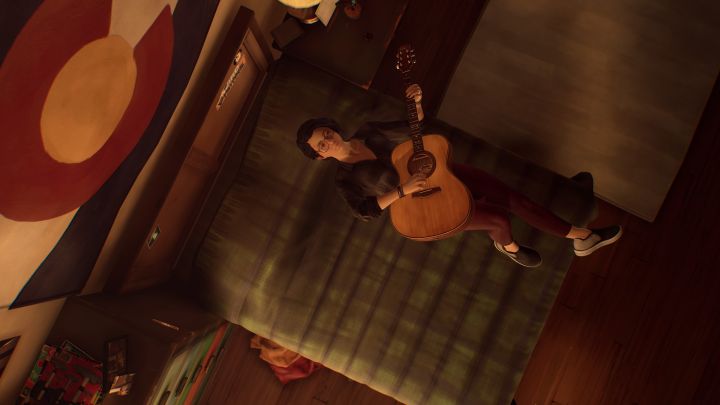 Life is Strange: True Colors offered me everything I loved so much. A charming small town, well-written characters, interesting dialogues, phenomenal music. And even more – the powers of the main character, which perfectly harmonize with the atmosphere of the whole, and further enhance the tone of the game. A more even storyline than in the original, without a few contradictions spoiling the overall impression. A great mix of old ideas and new. And the most important thing, which was lost in part two – down-to-earth and, above all, human, as well as believable, extremely strong emotions. Positive, negative, overwhelming, and comforting. Deck Nine has fully internalized what Life is Strange is and what its sequel should be like.

It also reminded me that it's good to be open to new things, and transferring a brand from one studio to another doesn't have to spell disaster. A fresh perspective can work wonders, especially when the original developers get lost.