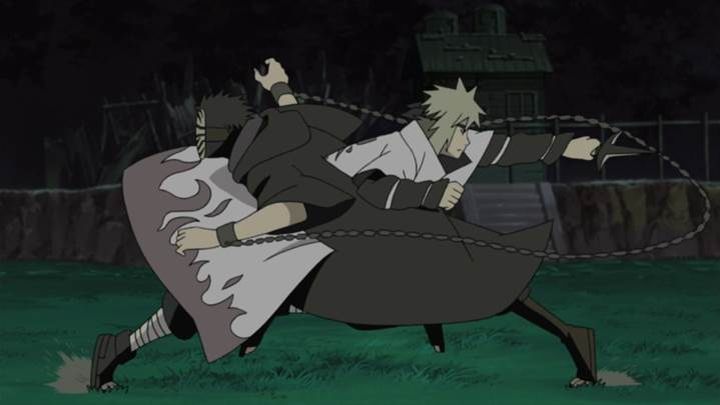 Obito is a gifted student from before Naruto. He was pronounced dead during the Third Shinobi World War. He gave his Sharingan to his best friend, Kakashi Hatake, helping him and Rin, the girl he fell in love with, escape from inevitable death. However, even though half of his physical body was destroyed, Madara was somehow still able to save him from death. Weakened and forced to share the physical form with a clone, the boy wanted to get to the surface as quickly as possible.

He finally succeeded. He was then at the very center of the fight. Due to the mismatch between his left eye and the rest of the body, he spots Kakashi killing Rin at the last moment. He then enters an uncontrolled rage and annihilates all his enemies. Then, looking at Rin's body, he tells her killer that he, too, can create a better world with him and Madara. Without the girl, life had ceased to make any sense to him.

Without hesitating to harm the innocent on his way, Obito intends to return to the Village Hidden in the Tree Leaves to awaken the Nine-Tails and thus carry out Madara's plan. However, Minato, Naruto's father, prevents that. A warrior, Hokage, and a caring father all rolled into one, stop Obito with a powerful Rasengan, then sacrifice his life to thwart the Nine-Tails' slaughter. Even if visually it wasn't the best fight in the series, it was certainly one of the most emotional ones (especially when we watch it having the awareness of what's going to happen next).