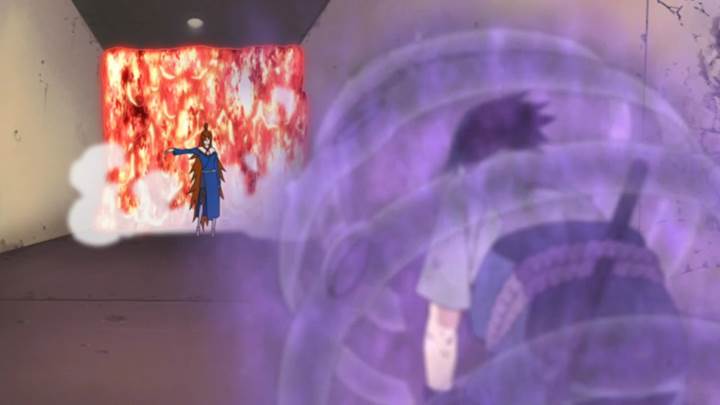 Mei Terumi is one of those opponents who can hardly be called an antagonist. Her motives are very idealistic – the Fifth Mizukage in Kirigakure is trying with all her might to care for the well-being of the village and its inhabitants. At the same time, she makes every effort to maintain and develop diplomatic relations with other leaders. Even though she was used to making difficult decisions, she did not lose empathy along the way. The moment she considers Sasuke an obstacle that she must overcome for the good of her people, she isn't happy to kill him.

Before the fight, she kisses him, saying that it's a pity to kill someone so handsome. She always carefully makes sure that her powerful abilities do not hurt any bystanders. And mere moments after winning the fight, she becomes one of the initiators of the Fourth Shinobi World War.

Her power allowed the Mizukage to toss Sasuke around like a rag doll. Terumi seriously injured him, despite the fact that he used Susanoo. Mei, thanks to the power of lava, blocked his route of escape, forcing him to take up the unequal fight. When the result was clear, she transferred her chakra into Sasuke's body, gaining the information she needed.