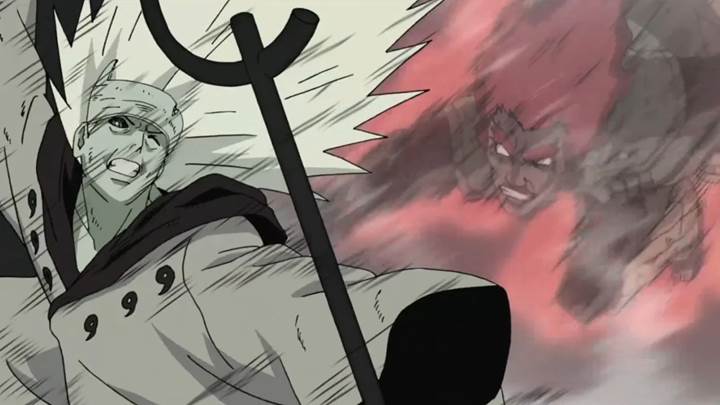 Madara is one of those guys who die, but not quite, then die again, this time for real. And then it turns out that, by some miracle, they come to life again only to surprise the viewer with their final and definitive death. However, before meeting his ultimate demise, Madara, the legendary leader of the Uchiha clan, managed to spoil a lot of blood for the main characters of the series.

Might Guy is a taijutsu instructor and master who likes to pass for an eternally young taijutsu master. He himself was once an extremely gifted student, who then focused on teaching. He rarely uses Ninjutsu, preferring hand-to-hand combat, but his knowledge of a variety of jutsu is huge. He is the only ninja who has developed a technique to successfully fight the Sharingan.

After all, as soon as Naruto and Sasuke jump to a sufficiently high level, he's unable to match them. For a long time, we observe his actions while following the fate of the main characters. In the end, however, he gets his five minutes. When Naruto and Sasuke are humiliated by Madara linked to the Ten-Tails, it seems that nothing will save them. However, Might Guy then opens the Eighth Gate of Death, taking advantage of a huge power increase. Thanks to this, he kills Madara. Well, almost.