Jiraiya vs Six Paths of Pain 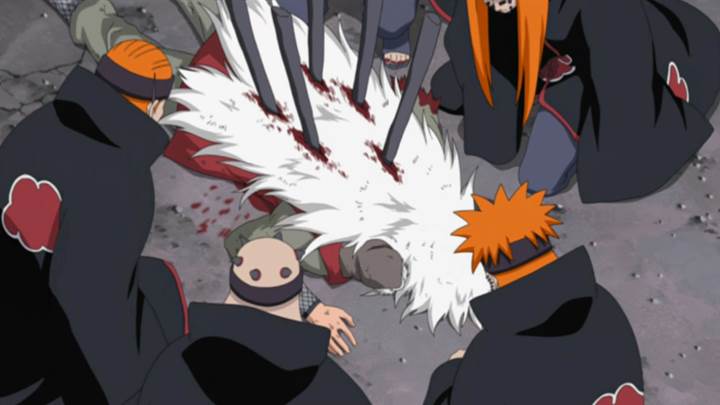 Jiraiya is undoubtedly a tragic figure. Naruto's godfather decides to return to teaching martial arts after a 13-year hiatus. He tells the protagonist the secrets of Kuchiyose no Jutsu and Rasengan. Thanks to them, as well as the advice of one of his mentors, Naruto is able to face the most powerful enemies. But before that happened, his teacher had made the sacrifice in the fight against Pain.

Although for some time, he seems less of a goofy comedy-breka character, and more a mentor for Naruto, when he discovers the truth about the Akatsuki leader, he decides to act alone. He manages to reach the Six Paths of Pain (i.e. Nagato in six bodies). The enemy has no mercy for Jiraya, who is unprepared for this confrontation. Ultimately, the grey-haired master sacrifices himself for the sake of the village and Naruto.