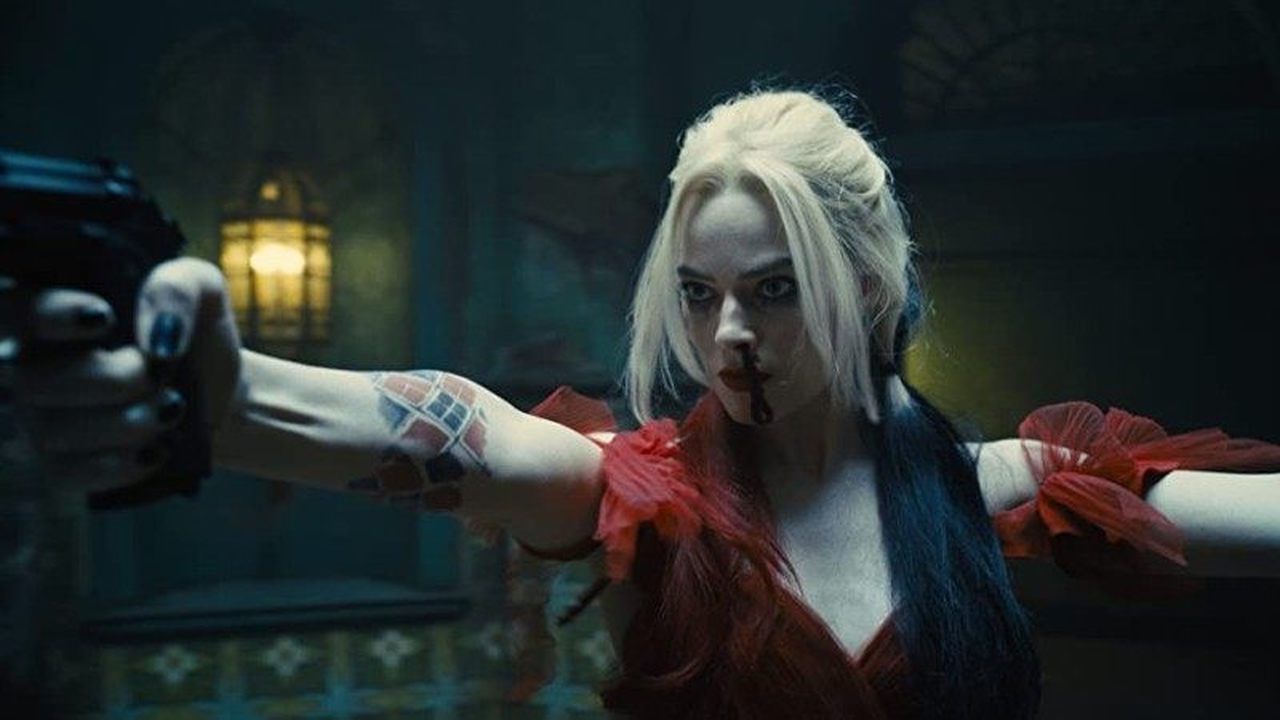 How is it that the first The Suicide Squad turned out to be a total flop, and the second, just a few years later, with the same title, almost the same cast, characters and story, lands in the list of the best films of the year? James Gunn, ladies and gentlemen. When watching David Ayer's film from 2016, I had the impression that the creators were trying to draw heavily from the Guardians of the Galaxy directed by Gunn. The problem was that they did everything one tier worse.

Visually, Ayer's and Gunn's movies are not that different from one another. It is a colorful superhero cinema, full of action and humor. The difference, however, is that the first movie is a slack-baked cake topped off with frosting. In this year's version, the sweet frosting addition is only... well, an addition, and not the main ingredient. The Suicide Squad from a few years ago has, above all, a mediocre script. The story wasn't very gripping, and its only purpose was to keep winking at the viewers, sometimes with the left eye, other times with the right. Seriously, Ayer's work has entire sequences that exist only for e.g. Batman or Flash to, well, flash on the screen; they have no other constitution in the narrative. Gunn's Legion, on the other hand, has a strong foundation for the story.

The differences are visible right from the very beginning of the film, when the villain squad is being assembled. Where Ayer uses a shovel, Gunn uses a chisel. The director of the fist film used simple means and explanations to such an extent that sometimes we got text boxes that explained a give character's motivations. In contrast, the creator of Dawn of the Dead serves key information more subtly, dressing it up in an unforced joke. In a way, they float to the surface on their own. We learn specific things about individual characters because the situation requires it, and not because they MUST be presented and ticked off.

Finally, one more thing: Gunn is not making a fool of the audience. He knows that he is dealing with murderers, often bloodthirsty psychopaths. He does not try to whitewash them, or create some kind of an aura of propaganda around them. Thanks to this, the new The Suicide Squad is a believable production. When I watch it, I just believe that - even if we are talking about fictional villains from comic books - what is happening in front of me would be possible.

NO WAY TO RESURRECTION

Suicide Squad is one thing, but there are more spectacular movies on the horizon at the end of the year: one a superhero movie, the other - sci-fi. Of course, I'm talking about the upcoming Spider-Man: No Way Home and The Matrix Resurrections . I am waiting impatiently for both, although - inevitably, due to the time that passed since the last installment - I am more interested in the film by Lana Wachowski. I have to admit that all new trailers make me quite hyped up. And how is it with you?