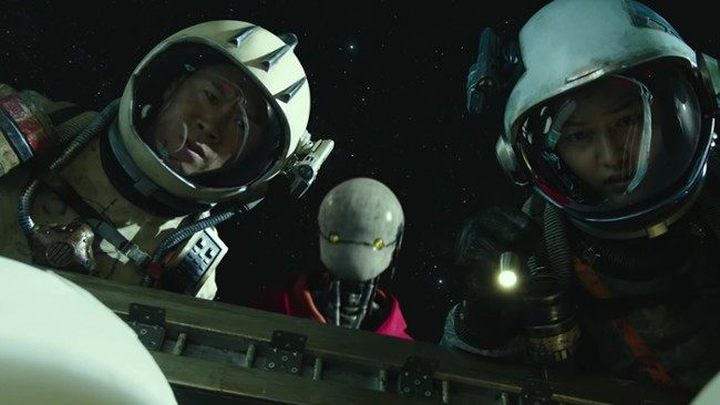 Space Sweepers surprise first and foremost with low budget, especially for a sci-fi production ($ 21 million), and then with the efficiency and grandeur of how that money was put to use. This Korean film has a solid foundation to become a commentary on social divisions, but does not fully use its potential. The year is 2092. Humanity is forced to look for a new place to live after leading to an ecological disaster on Earth. As expected, only the richest have a chance to be saved. Jo, however, doesn't go in this direction; his aim isn't to bring the class differences to the fore, although it's a recurring theme in the background of this story. The viewer's attention is focused on the crew of the Victory spaceship, i.e. a group of space trash collectors. Their trials and tribulations, their fight and adventure are the main themes of the movie.

The creators' great ambitions are also apparent in the film. It lasts for a little over two hours, and this time is used well. There are many subplots in the story, it also has a few twists worthy of a real space opera. Throughout almost the entire screening, the viewer's attention is focused on what will happen to the crew, and everything is topped off with solid cinematography and correctly executed combat scenes.

Space Sweepers, despite its flaws which result from the limitations the creators faced, is one of the best productions of last year. It will definitely be at the forefront when it comes to cyberpunk and sci-fi movies. It is a full-fledged space opera, where drama intertwines with comedy.