Keeping any news secret – especially the shocking sort – in today's media, without any preceding rumours, is almost impossible. Therefore, as soon as I read that Microsoft has spent $7.5 billion to buy ZeniMax Media (the owners of Bethesda Softworks), I first fell off my chair, then checked the information in several other sources, and then, just in case, I fell off my chair again. 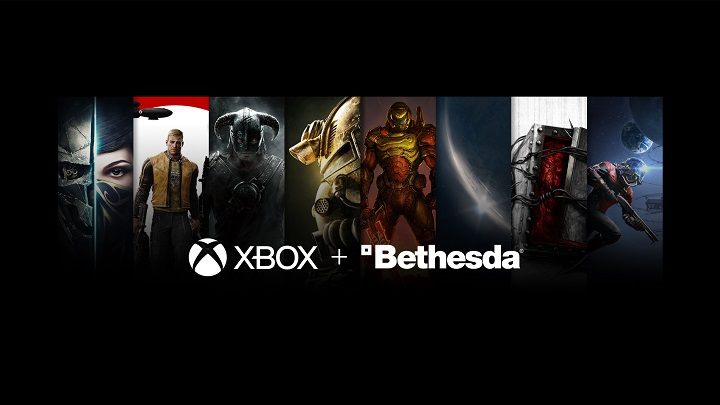 $7.5 billion is a hefty sum, but given the studios and brands that Microsoft thus obtained, it may not be as exorbitant as it seems.

What did Microsoft buy?

The ZeniMax Media Group consists of several video gamedev and publishing companies, including:

The mergers of big corporations are usually a topic that only seems sexy to financial analysts, but in this case, the Redmond-based giant's purchases have enthralled the entire gaming community. I think we all feel that this marks the beginning of Microsoft's offensive – especially since will reverberate around the entire industry as we're mere weeks before the launch of the ninth generation of consoles. This is the most expensive acquisition in the history of the coompany (and the second most expensive in the history of interactive entertainment – only behind the purchase of Supercell, a Finnish mobile game developer, by China's behemoth Tencent) – and such money isn't customarily spent to leave the market untouched. 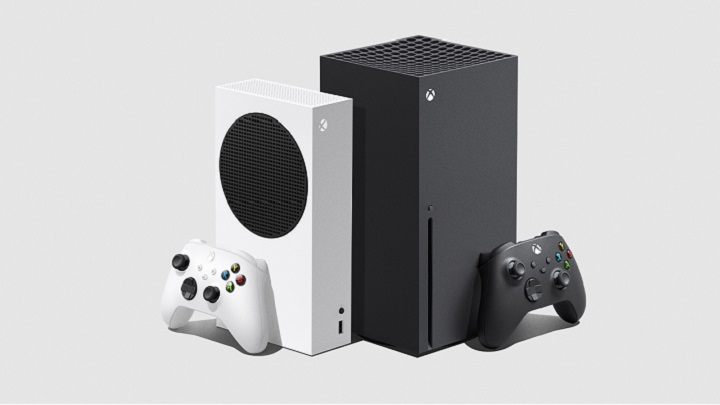 All the great hits announced for PlayStation 5 have so far gone unanswered by Microsoft. Buying Bethesda, however, could level the playing field in the battle for our money.

The fact that this information came completely out of the blue, without any previous leaks, that it involved such a huge sum, and came at a time when Sony was clearly beginning to gain an upper hand ahead of the launch next gen, may have given the impression that the purchase of ZeniMax Media was sort of a panic buy by Microsoft. In soccer, the term means bringing in a player in the final hours of a transfer window, usually for an exorbitant amount and without a particular idea of how they fit in the team. It's mostly common knowledge that such deals rarely translate into spectacular success. In this case, however, it is hard to imagine that the takeover of ZeniMax Media would not bring colossal financial benefits to M'soft.

Just look at the franchises that are included in the pack. The Elder Scrolls as a series sold nearly 60 million copies, and Skyrim is one of the best-selling single-player games to date. Fallout is a series that needs no introduction, and even if it's been doing a bit worse lately, it's probably all the better for Microsoft. Then, there's Doom, returning in spectacular style after a break of more than a decade and proving once again how thrilling FPS can be, Wolfenstein, revamped by MachineGames, and, last but not least, Dishonored or Starfield. This entire range of fancy, high-profile games will become available on Xbox Game Pass, dramatically increasing the appeal of this already hugely popular service. 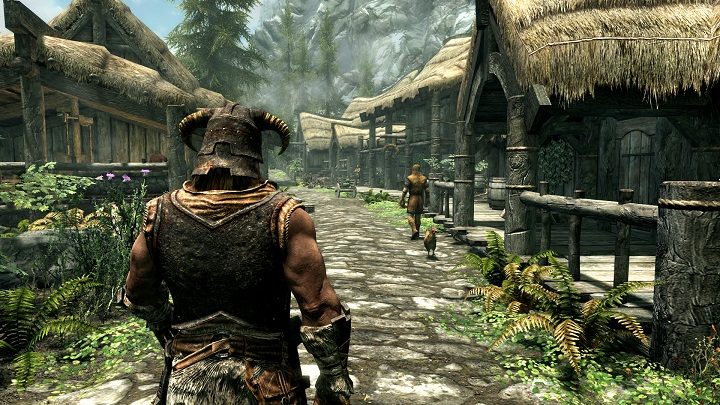 Skyrim's successor is likely to be at least temporarily an exclusive for Microsoft.

With The Elder Scrolls, Fallout and Doom in offer, Microsoft's subscription could prove a breakthrough in the battle for customers in the ninth generation of consoles. Xbox Game Pass already has a strong presence, a rich library of available games, and more than 15 million users. Sony's answer is the PlayStation Plus Collection announced this month, but the Japanese are already a few steps behind. And given the rising prices of games (70-80 euros), combined with the pandemic-induced economic slowdown, it may turn out that the company with better subscriptions will win the next generation of consoles. Bethesda's Xbox Game Pass, both those already released and those still in the pipeline (more titles will hit the service on launch day), is a strong argument in favor of Microsoft.

Anyway, look at the prospects of exclusive games. They have announced they will honor contracts with Sony for the temporary exclusivity of Deathloop by Arkane Studios and Ghostwire: Tokyo by Tango Gameworks, but further titles will, of course, appear on Xbox and PC, and only occasionally on other platforms. However, imagine a situation where Fallout 5 or The Elder Scrolls VI is only released on Xbox. Both games are huge, and they're the very definition of sellers – games that are singlehandedly able to propel the sales of the given console. Even if at the start of the ninth generation Xbox' launch titles offer would look poor (and when you compare it to the PlayStation 5, you can safely assume it will), the Bethesda purchase gives Microsoft tremendous potential for years to come. And the fight for the customer is not a sprint, but a marathon, which the american corporation learned the hard way with Xbox 360 and One. 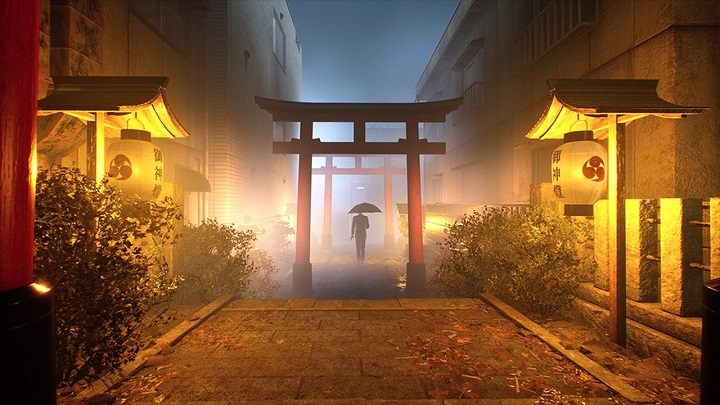 Ghostwire: Tokyo and Deathloop are expected to be released on PlayStation 5 first. Bethesda's other games may be different now. 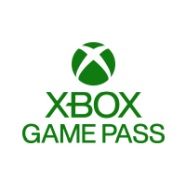 What about the PC?

Don't be fooled – ZeniMax Media's acquisition just weeks before the launch of Xbox Series X and PlayStation 5 is a clear sign of strength in the battle for ninth-generation dominance. Fortunately for PC gamers, Microsoft no longer considers the PC a threat for quite a few years, and is eager to launch its exclusives on desktop as well. The PCMR should even benefit from this deal, as all of Bethesda's new productions are expected to go straight to the Xbox Game Pass service. The Elder Scrolls VI or another Doom on launch day with a monthly subscription? An offer you can't refuse!

For the Redmond-based firm, the ZeniMax acquisition is the purchase of a goose laying golden eggs. The most significant question for gamers now should be what kind of a breeder Microsoft will turn out to be. On the one hand, it can allow Bethesda and the rest of the acquired teams to operate with great leeway, offering only financial support in the production process and collecting profits after the premiere. On the other hand, we all know how big corporations operate: it's never certain whether they won't decide that the next Fallout, TES, or Doom has to be ready by the next Christmas, no matter what. It could force less profitable but wildly creative studios – such as Arkane and Tango Gameworks – to move toward more lucrative games-services. The acquisition of BioWare by Electronic Arts demonstrated that coming under the wing of a big publisher can quickly turn a talented team into a mediocre one.

But it can also use the newly acquired brands to make our dreams come true. Fallout: New Vegas 2? Until recently, the conflict between Obsidian and Bethesda ruled out the possibility of such a project, but now, the two companies are seemingly reconciled under the same roof. The former has already ignited the imagination of gamers, responding to speculation about New Vegas 2 in a way that suggests it's not an impossible scenario. How about a Gears of War/Doom crossover? How about inXile Entertainment, the creators of Wasteland, doing an isometric spin-off of Fallout, or id Software and MachineGames helping out with the next Halo? 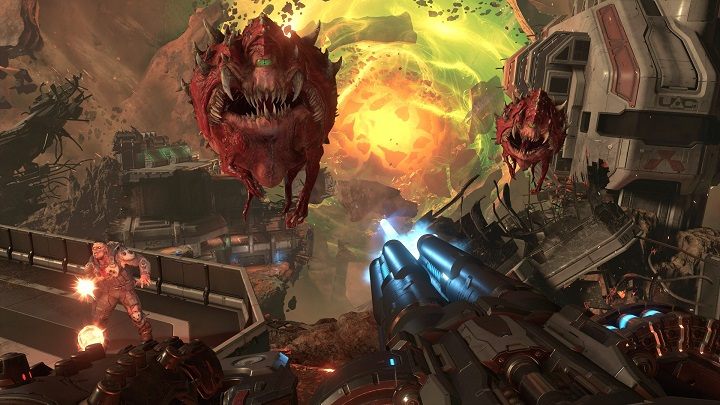 Doom Slayer tearing through the ranks of demons working with Master Chief in a co-op shooter may be an unlikely vision – but not impossible.

For Microsoft, this acquisition is a huge move – they paid thrice as much for ZeniMax as they did for Mojang, thus far their biggest purchase – but the return of investment is potentially huge. It all depends on how the company uses its latest acquisition. One thing is certain – with this single move, revealed on the eve of the launch of pre-orders for Xbox Series X/S, Microsoft seems to have finally caught up with PlayStation.

Of course, it has a downside for the players as well. The fierce rivalry between Microsoft and Sony will likely result in an increased number of exclusives, and most players can't afford using both consoles. Moreover, there are some substantiated concerns about gradual monopolisation of the market – while the competition is still fierce, such a surprise purchase of one of the largest companies in the world of interactive entertainment is a clear demonstration of the purchasing power that can be only matched by Tencent. Only time will tell if this deal will shake up the industry – but it certainly has the potential to do so.