Remasters  or new versions of old games that wouldn't be called "remasters" back in the day  are nothing new in the industry. As far back as the heyday of NES, ther were games which received improved editions available on the next generation. One can mention Ninja Gaiden, Megami Tensei or Final Fantasy. If you want something from beyond Nintendo, there were games like King's Quest, Snatcher or the first Lunar. Not to mention many of the arcade legends that were ported to home gaming systems when they boomed. These games were modest enough not to call themselves the fancy names and buzzwords we know today, yet they often introduced a number of improvements in terms of graphics and gameplay  embellishing two-dimensional characters and environments, adding new difficulty levels or quality-of-life improvements.

All kinds of conversions have appeared since then, and in these cases, you can't talk about improved quality. This mainly concerned games that were first released on PC and later ported to consoles  you can mention the first Mafia here. There were also cross-generational productions, and here, the quality was newer certain  the most extreme case that I can personally remember was Shadow of Mordor on PS3 and Xbox 360, which was an abomination. However, this is a different story. 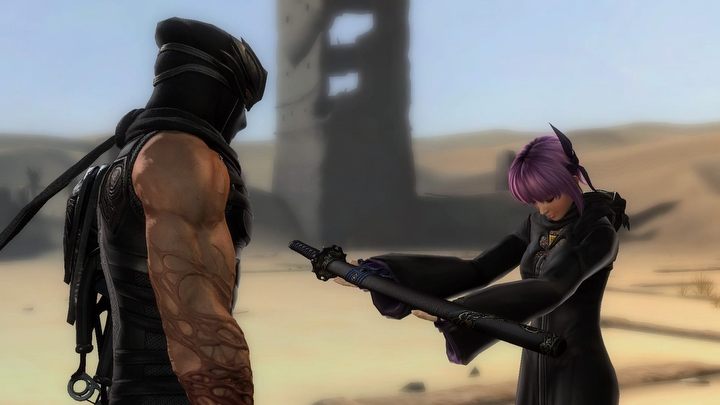 Over the years, we can notice an upward trend. At the beginning of the 21st century, more than twice as many remastered versions of games began appearing per year. Since 2010, this number has grown further  until today, when we get about 30 revamps every year. There is no rule as to which titles are chosen. Sometimes, it's a classic from years ago, but there are also games from previous generations  like next-gen upgrades, which, in a way, replaced the remasters we've known thus far. And I like that. Some older games get a new lease of life, and I have more options to choose from. Especially that the arrears in older games are bigger than among new ones in my case.

A good reissue is not bad

For me, reeditions were always a good opportunity to catch up with whatever I was missing. Were it not for the fact that Final Fantasy VI was released years later on the first PlayStation, perhaps I would never have played this installment, which I absolutely adore today. I can say the same about Shin Megami Tensei III, which has become one of my favorite representatives of the genre. In turn, the entire Kingdom Hearts series, re-released in HD, offers not only a return to your favorite worlds, but also the opportunity to lose yourself in winning virtual cups  not to mention the first western, extensive editions of some Japanese titles.

Kingdom Hearts ReMIX is one of my favorite compilations. As a longtime fan, I was thrilled to get all my favorite installments, including DLCs that I could only dream about before. Not to mention Re: Chain of Memories. 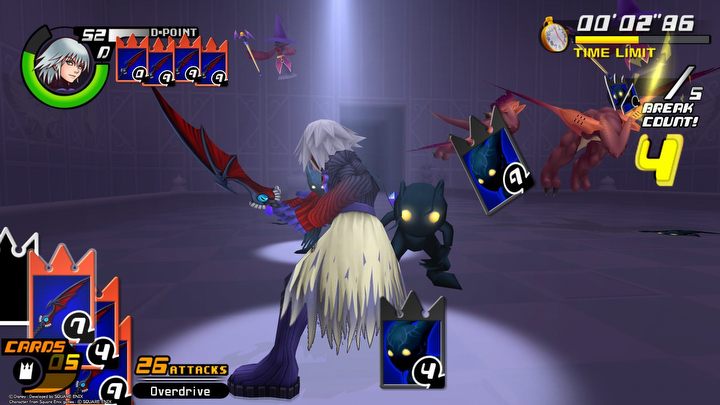 Of course, there are also bad remasters, the best example of which is the recentl GTA: Trilogy  The Definitive Edition. Before that, there was also Silent Hill: HD Collection, which pissed off many people. It's not only about errors, but also about changes affecting the reception. In the Grand Theft Auto trilogy, it were horrific character models and prevailing artificiality, and in case of Silent Hill, sound design got smashed and fog intensity was reduced. Such a remaster should introduce as little interference with the nature of the production as possible, although changes can sometimes be beneficial.

There are remasters that are more like remakes  vide Gears of War: Ultimate Edition or Call of Duty: Modern Warfare. Graphics improvements or modernized gameplay is always a plus, but in the games mentioned above, I missed the ability to play a "vanilla" version. We got something like that in Diablo II: Resurrected and Halo: The Master Chief Collection. Such solution makes it extra sure that we don't forget anything from the original, we can judge the extent of changes and see what it used to be like.

I think it would be good if the creators of such reissues focused on the oldest games, those that don the cult-classic status. That's exactly what Konami did with Castlevania, or Factor 5 with the Turrican Flashback compilation. Many of the games from the first PlayStation have never been released on anything else, and the only way to play them is to find a second-hand boxed game on the internet and then buy it at an exorbitant price (if you can even find these games at all  titles like Tombi parts! or Suikoden are incredibly hard to get) and dusting off the ancient console (or buying one), which also requires a suitable TV. The second option is emulation, which offers many possibilities, but requires proper configuration and is not an official way to play these games. There is also the PlayStation Store on PS3, which provides many games from PS1 in the digital version, but now buying them is difficult. It will be even more difficult in the future, as history has already shown that older generations are losing support.

Somewhere in the back of my mind, I have a list of games that I would like to get as good remasters. There are veritable hundreds of them. There are quite a few games that I played, but also some that I have never experienced  or if I did, it was way to briefly. I would be satisfied with smaller-scale projects. Like Rogue Galaxy, for example, which I launched on PlayStation 2 once, but never finished. The game came out on PlayStation 4 and it was a great opportunity for me to catch up. This is one of the coolest productions ever, in my opinion. The queue consists of Dark Cloud and its sequel, as well as Red Dead Revolver or Bully, both of which I played maybe halfway through. I would also pay through the nose for a return of Vagrant Story, as I have never had the pleasure of launching this hit. 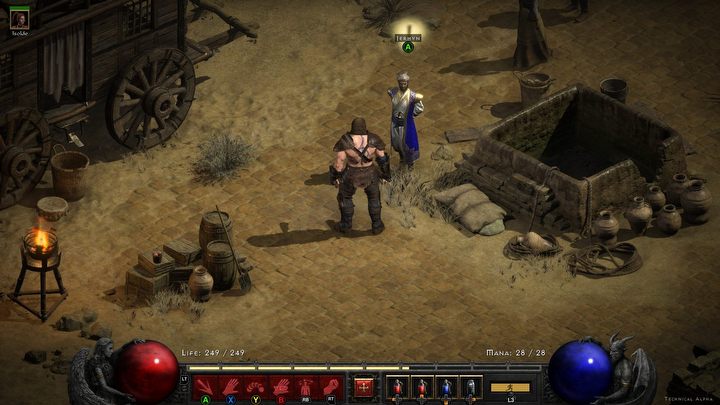 I also never completed the original Quake and the last edition of Nightdive Studios allowed me to change this embarrassing state of affairs. I also realized that I actually miss such games today  it seems that it's about time to go play me some boomer shooters. If we ignore the problems baning that this remaster on the day of release (failing saves and unsatisfactory controls), and which have already been eliminated, we are dealing with an exemplary remaster. One that maintains the spirit of the original, but also brings a lot of novelty. You can choose between different graphic settings in the options, adjust the controls to your own preferences or check out completely new chapters prepared by the creators of the new Wolfensteingames . It's a wonder!

I am also surprised that more industry leaders have not followed Square Enix' footsteps. The Japanese giant delivered three great games from the era of the first PlayStation and it looks like more are inbound. Recently, rumors about Chrono Cross remaster have been pretty convincing. That's another game I've never had a chance to play. I'll be more than happy to change that. However, I would like similar productions to become more common. The classic Tomb Raider with trophies? Sure thing! Although the platinum trophy will probably remain beyond my capabilities anyway. 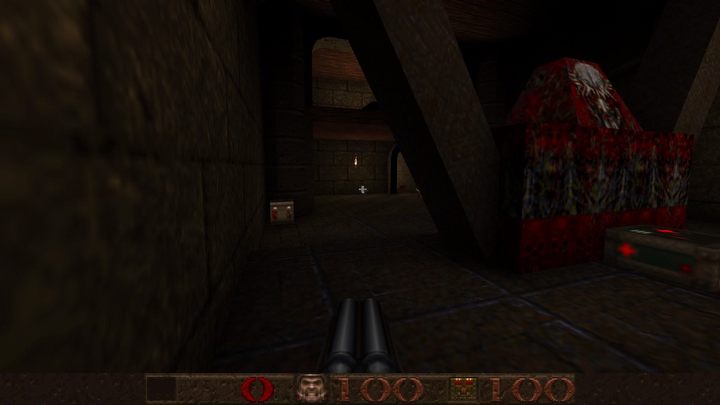 Here we come to another important point  game archiving. Over time, the equipment becomes increasingly obsolete and playing older titles becomes challenging. Sure, there are emulators that allow you to run some games even on a smartphone, but I prefer to stick to official sources. There's been talk lately of Sony's own "game pass," and that it would include classic games as well. Even if it would just be available for streaming, you can count me in. I know it's mostly impossible, but what's wrong with pipe dreaming about a release like that in official distribution?

So, I am cautiously waiting the next moves of the biggest players of our industry. Especially since remasters are rarely something that distracts developers from their core projects. Smaller teams tend to be entrusted with the task, even too small, in fact, as it sometimes turns out. Sometimes it's not the size of the studio that poses a problem, but rather the amount of original components it has access to  and that's a major obstacle on the way to achieving faithfulness to the original. Anyway, I hope that the number of remasters will increase, because I increasingly often find myself wanting something older rather than something new. Personally, then, I would gain a lot from this direction of thee market's expansion. On the other hand, there are often significant costs involved, of course, so I would also be willing to settle for poorer re-releases or official emulations  in other words, backward compatibility. Classics must be maintained. They cannot be just forsaken. The same is happening in other branches of pop culture, where music and movies are also re-released over and over again, in newer formats and better quality, giving second life to classics and thus making them even more meaningful. But for the time being, the community is doing it better than large corpos. It is a pity and I hope that it will change.