I wasn't aware John Carter fought for the South, were you? There just are things pop-culture avoids. "Besides," the aforementioned Tic goes on saying, "I like to read about people having epic adventures in amazing places, and these stories don't feature poor black men from Chicago." It's understandable  Tic would have to wait nearly 70 years for Black Panther, the first superhero blockbuster with an almost entirely black cast. We're still in the early 1950s, and racial segregation still exists in buses, parks and the public space in general.

Do you know Lovecraft's cat's name?

Some of you knew; some just came back from Google, richer in knowledge and a few new memes.

One of the fathers of today's horror was a racist  literary scholars dispute how much his views can be explained by the typical argument that "people just used to be like that in those times," but there is no doubt about the fact that he was racially prejudiced, especially against the black population. But we may wonder how much of this prejudice has actually bled into Lovecraft's work. While considering the Great Old Ones, whose very presence disrupts the consciousness and the mind, to be the specter of a multicultural society does seem a little out there, the frequent motive of degeneration of humanity through binding with the blasphemous abominations may be an echo of the writer's dislike of interracial relationships, which  let's bear this in mind  used to be illegal a few decades ago in USA.

Tic Freeman had just returned from the Korean War alerted by the news that his father was missing, leaving behind only a cryptic letter. There are references to their family's mysterious heritage located nowhere else than in Arkham... (Lovecraft lovers perk up; so, does Tic  he read it, too). The man sets out to rescue his father, and since travelling alone is dangerous, he is accompanied on the trip by his uncle George and Letitia, a penniless old friend. What (whose) legacy might await a black boy in Lovecraft's eponymous country? 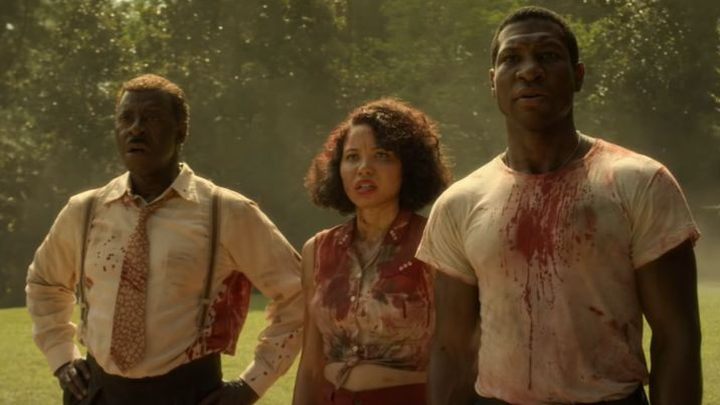 Our characters have been through a lot, and that's just the first episode.

It quickly turns out that it's not Arkham, but Ardham; the series often uses various tropes and references, sometimes rewriting them and sometimes just depending on the viewers' knowledge of pop-culture. But strange things are happening even in Ardham: we have mysterious natives and secret societies, we have beasts with many teeth, and murderous visions. But the real monsters are the racists. 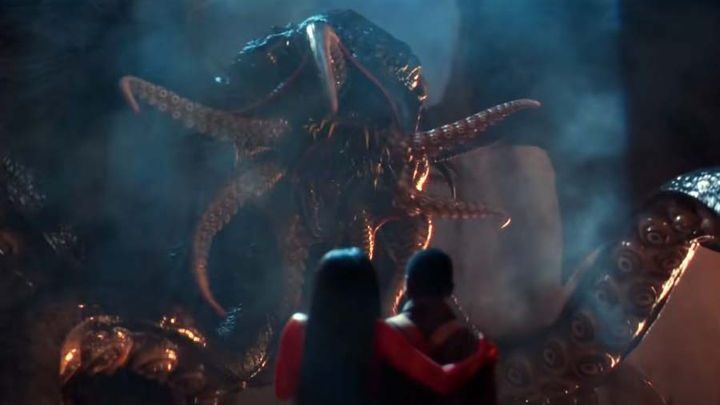 The fact that characters are black is not insignificant. This is a story about the things that American pop culture likes to sweep under the rug, that is, racism in its various manifestations  from the most obvious ones, like the burning cross placed in front of a black neighbor's house, to the more obscure ones, like the fact that in an exclusive boutique they will not employ more than one black clerk, so as not to be accused of racism, but also not "disturb" the customers. This is a story of how people function in a society that barely tolerates them, and they try to play a game that  to quote the immortal Fallout: New Vegas  was rigged from the very beginning.

One of the most memorable scenes was the one with the slowest chase in the world  when the local sheriff suggests that the only chance to avoid jail time for persistent vagrancy is to leave the borders of his district before dark (because, as we all know, monsters are prowling at night  the show often overlaps real and mythical themes). That's rude and unfair, plus there are minutes left before the sun sets, but well  you just have to push the gas down and get away as quickly as you can from where they don't want you. But that's rendered impossible by the said sheriff, who's following your car, waiting for you to break the speed limit. No car chase obeying the speed limit has ever been that thrilling. Most of all, however, it does a great job showing the viewer how broken that world is, how much people look forward to you making a slip.