Many people seem to thin World War 2 is today heavily exploited as a theme of video games, but at the same time its hard to deny that it still seems to be an uncomfortable one. Sure, Nazis are pretty much the perfect enemies, because we have no compassion for them, and taking their lives seems almost an act of good. But games are mostly quiet about the atrocities committed by the Nazis and Soviets, and the prevailing, although mostly unspoken, opinion seems to suggest that the Holocaust isnt an appropriate theme for a video game, which is a commercial product designed for entertainment.

Of course, weve had a few games that showed the cruelty of war really well, such as the cartoonish Valiant Hearts, or Spec Ops: The Line. The Holocaust, however, isnt very present in most of the games about the Second World War, save for a few, very cautious attempts (such as in CoD: WWII). There was no game that would forget our fragile feelings and drag us through the mud, like the most powerful movies about the war did (vide The Pianist). There wasnt such a game, until now. Destructive Creations announced a title that might achieve that in 2021. 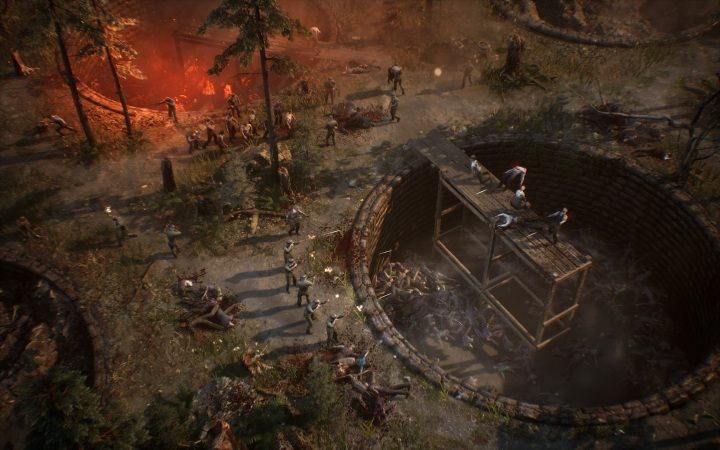 Of course, I realize the studio has had a controversial past, and many of you might remember them as the creators of the cheaply controversial Hatered. But it seems the studio has grown up somewhat, and that theyre beginning a new chapter of their history with Mongrels. Theres still an element of shock and controversy, but its no longer cheap  quite the contrary. I would even venture to say the purpose of this shock is educational, since the game will not merely show us grisly sceneries of mass graves and death camps, it will do so in a historically accurate way.

Im crossing my fingers for the studio, not only because I grew to personally like those people. Im rooting for them because I love when games are going up the stream. Theres a damn slew of games created according to the same, exploited formula, playing it safe, afraid to start a fire. We often complain that video games arent considered as serious a medium as books or movies, and its precisely because of this. War Mongrels wont elevate the medium to a level of fine art, thats for sure, but at the same time it will certainly take us out of the comfort zone, which actually takes us one step closer in that direction. We need memorable games that stay with us not because theyre fun and entertaining, and I hope this will be one of these games.