The Netflix series Sex Education isn't as high-profile as The Witcher or Stranger Things, but the adventures of Maeve, Otis, and the rest are still quite popular. It's a warm, well-crafted picture... a family show, yes, but a hardcore one at that! I mean, it's not something you want to watch with children, and even if everyone meets the age rating, it can be pretty awkward to watch! The authors don't shy away from difficult subjects like abortion and different sexual orientations/gender id, but also go pretty much all the way with sex scenes, seasoning the school-years' love with all kinds of fantasies and full frontal nudity. 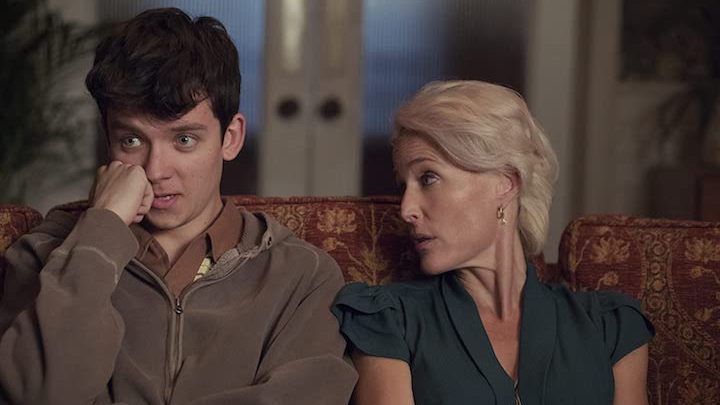 And when the blushes can't fade, when the main characters so awkwardly try to express their, after all obvious, feelings, you can always defuse the situation with this one, important question: what actually is Sex Education's setting? The authors mixed things up really bad, both in terms of place and time. But there is method to this madness, and the clever Kevin McCallister is a good example from which we can extrapolate.

Nintendo Switch from the colorful 80s

First, though, let's run through this crazy mix of themes that make the setting of Sex Education a bit like alternative reality. The fashion is definitely that of the 80s, as are many of the songs in the show; rich kinds drive up to the school in VW Golf III, an iconic European car from the 90s. On the other hand, people play Nintendo Switch, talk about Ed Sheeran and Kelly Clarkson, and everyone uses an iPhone, though not as frequently as we tend to. Parents also appear in classic cars from the 1980s  in perfect condition. I've seen a 1983 Austin Maestro, a Volvo 340, or an old vette. Jean, aka Gillian Anderson, drives an old Mercedes 200, but he also has the latest MacBook Air. 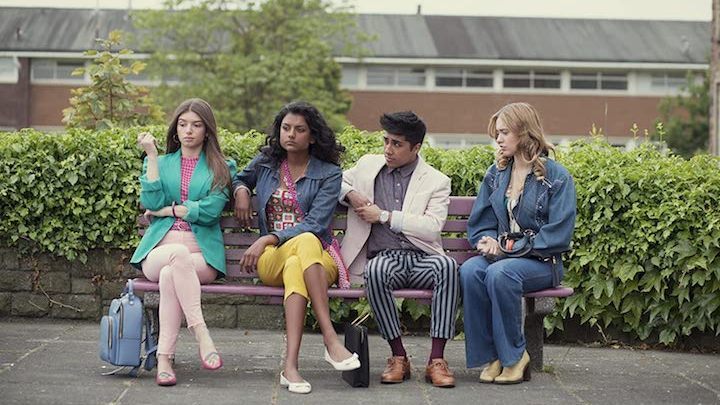 References to the 80s go much further than clothes.

Locations are also mixed up. The landscapes and landmarks are clearly Welsh, the accents are clearly British, but the high school is thoroughly American. Uniforms are not mandatory, there are yellow vertical lockers in the hallways, and guys play American football. So it's a blend of vaguely contemporary technology, and strong 80s vibes. Can you call it riding the Stranger Things wave? Certainly not! The show's creator, Laurie Nunn, openly admits Sex Education is a tribute to John Hughes and his films.

We all absolutely love the teen genre, particularly the John Hughes films of the 1980s so we really wanted to make the show have the feeling that its an homage or that it has this nostalgic backdrop, but that we are talking about very contemporary, modern themes and storylines for the characters.

Laurie Nunn in an interview with Metro 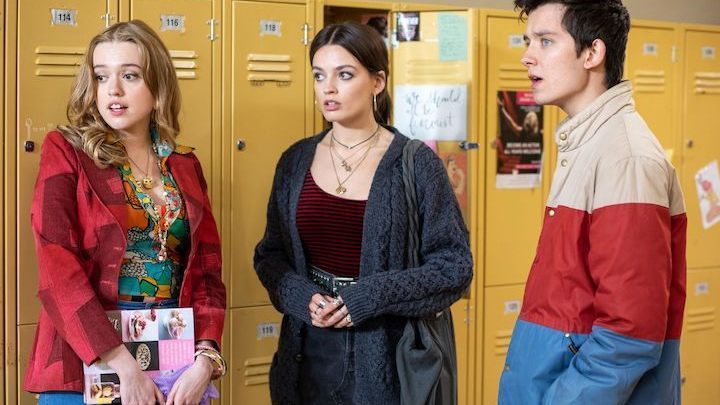 A high school in the middle of Wales is completely American.

Kevin, Griswolds, and the only such club

John Hughes, deceased in 2009, enjoyed a cult following the English-speaking world. Still, the name doesn't ring the bell quite like any of the characters he created as screenplay writer: the Griswold family from National Lampoon's Vacation, Beethoven the dog, the toddler from Baby's Day Out or, finally, Kevin from Home Alone. Macaulay Culkin himself was cast as Kevin because he had played in the film Uncle Buck directed by Hughes. But if you asked any American about John Hughes, you'd probably hear "teen movies." 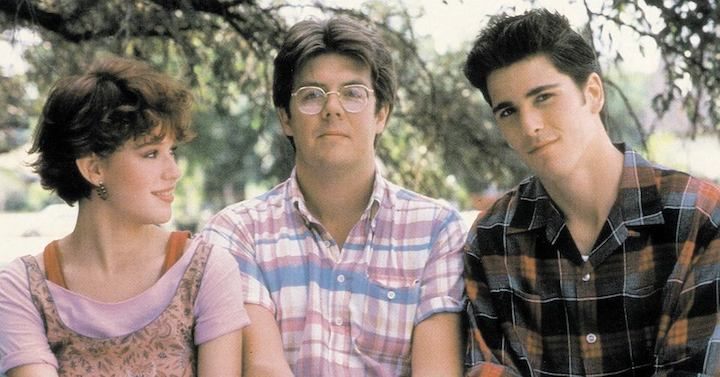 John Hughes and his heroes.

Throughout 1980s, John Hughes created a series of six coming-of-age films  starting with his debut as director, Sixteen Candles. Not all of them were equally successful, but pictures such as The Breakfast Club and Pretty in Pink are all recognized classics. The rest, like Weird Science, Ferris Bueller's Day Off and Some Kind of Wonderful complete the sextet (no pun intended, I guess) of movies that defined the genre of teen film.