Hughes' films are lauded for their genuine depiction of teen dramas and dilemmas. The obsession with popularity, status at school and image. The difficulties of establishing your own identity, planning for the future, the burning desire to cross lines, good and bad. In the Breakfast Club, the director introduced the quintessential set of high-school personalities: the nerd, the athlete, the princess, the rebel and the freak.

Completely oblivious to the adult world, Hughes focused on teenagers. If adults did appear, the would be portrayed as humoristic characters, more helpless and childish than the protagonists. There are Ferris Bueller's parents, there's Andie in Pretty in Pink; mom and dad in Sixteen Candles can barely notice their own daughter, even on her birthday. The same idea was later applied in the Kevin trilogy, where the main character's parents and uncles are far from useful. 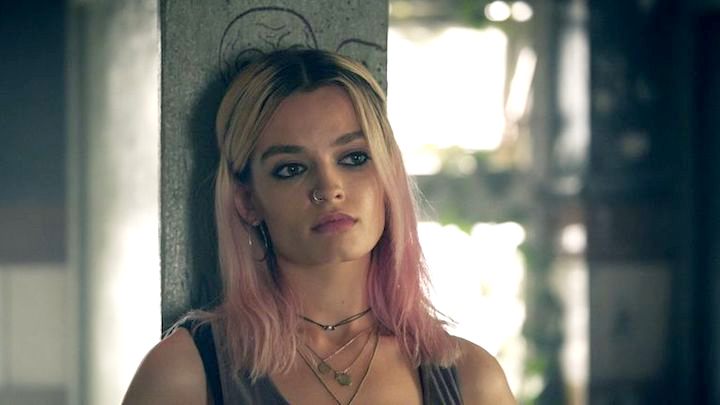 Maeve is "Pretty in Pink" like it was Hughes.

John also loved the heart threesomes that amplify romantic teen dramas, especially in movies with his muse, Molly Ringwald. That's the case in Sixteen Candles, Pretty in Pink and Some Kind of Wonderful. And all the hallmarks of Hughes' teen movies, including the 1980s vibe are striking in Sex Education  plus a fistful of slightly more direct references.

The whole aesthetic of the show is completely inspired by John Hughes and that '80s high school aesthetic that we all know and love, and it's quite universal.

The series from Netflix immediately punches you with the diversity of characters. There's the nerd Otis, the rebellious Maeve, openly gay Eric, equally openly athletic Jackson, prince Ruby, tense Adam, and quirky Lily. There are their daily problems with school, their difficult adolescence, and uncertainty about their own identity, about who they really are. 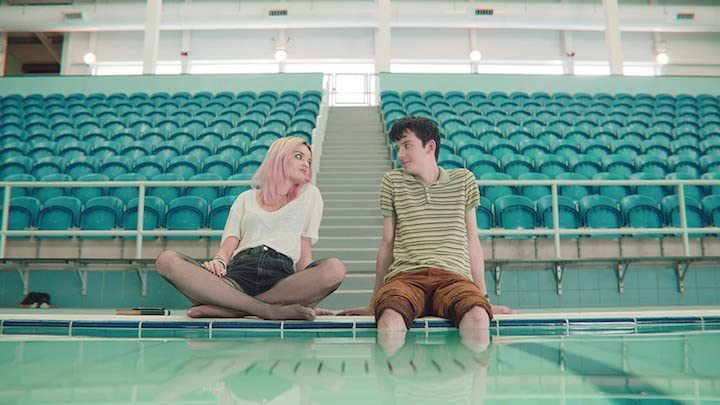 Traditional emotional turmoil is all that Sex Education is about.

While many checked this Netflix tab because of Gillian Anderson, the iconic Agent Scully from The X-Files, cast as Jean Milburn, the mother of the main character  there is no denying that adults in Sex Education are also merely the background for the teens. Some of them live without them, and other parents appear sporadically, only with their own significant problems.

And like in Hughes' films, the main theme of Sex Education are not spicy scenes love consumption, but rather the heartaches of the characters in many different combinations. Someone is in love with someone who is in love with someone completely different. Feelings either explode or are tucked away. They know, we know, but the only person who has to know, doesn't  how's it gonna end? Even Ross and Rachel in Friends didn't deliver as much excitement as some of the situations in Sex Education!

Sex Education or The Breakfast Club?

And then, there are the most subtle winks to fans of Hughes' films  inventive references and easter eggs. Maeve, with her dyed hair, is a literal Pretty in Pink; in one season, she even celebrates her birthday that no one cares about. Principal Groff, peeking at his wife's therapy session, does it exactly in the same way as the principal of Ferris Bueller's school, when he tried to prove Ferris had gone truant. The icing on the cake is a scene from last season when girls from completely different groups have to spend time together after classes as punishment. Literally everything from the theme, the way the film is shot, and way girls sit is reminiscent of the iconic five-piece from Breakfast Club.

"When you grow up, your heart dies

Is the quote as timeless as the characters that showed it to us? I think people can be divided into two categories: those, who agree, and those who will. Sex Education is very popular, so there's something about it for sure  the old recipe for a teen movie seems to work well today. By the same principle, the six essential movies from John Hughes should make for a fantastic watch for teenagers today, as well for people who know Hughes only by his "Christmas special"  the problems are the same, and the vibe is as 80s as it gets.

I mostly use Netflix for Stranger Things and occasionally for shows like The Witcher (Amazon rules!), so Sex Education was a bit of a left-field move for me; I didn't even know that Gillian Anderson is here. And yet, I binged two seasons straight! After the first episode, I no longer cared about Gillian Anderson. It's a show about beautiful young people and it's their well-written characters that push the entire show. The idea of waiting for a third season until January, or perhaps a little longer, still causes unpleasant sensations for me.