Every pop-culture medium has its defining works. It's "I'm your father" moments. For the whole generation of gamers who grew up in the nineties, this scene was the death of Aerith. The surprising, unexpected death of one of the main characters of the game caused a whole range of emotions. Denial. Anger. Bargaining. Depression. Acceptance. For many players, this was the first time such feelings were caused by a game.

The original FF7 was released in 1997 and the incident we are writing about is one of the most famous in the game industry. However, if by some miracle you've never heard of the FF7 story, we advise you to stop reading.

The short, minimalistic scene is inscribed with golden letters in the history, and is today listed as one of the most important, most emotional moments we have experienced in games. And now, with the remake of Final Fantasy 7, we will now be able to re-live it. Well, maybe not necessarily "now"  the new version of FFVII has been divided into several parts, and the game we get this year will only include a small portion of the original production. We'll have to wait some time for the scene of Aerith's death. But it will come inevitably. This raises the question posed in the title of the article  will Square Enix allow us to restore the life of the last representative of the Cetra race this time?

Today, the death of Aerith is considered an outstanding moment, remembered with nostalgia and respect. Twenty-three years ago, it wasn't like that. Acceptance did not come easy to many players. For example, Japanese gamers created a wordy petition asking for the heroine to be resurrected and sent it to the game's chief director, Yoshinori Kitase. Kitase, however, was relentless and responded briefly to the petition:

There are many meanings in Aerith's death and that (the resurrection  ed. note) could never happen.

Kazushige Nojima, the screenwriter who wrote this particular scene, recalls that he bought a computer for the bonus he received after the game's success. When he went online to read the first opinions about the murder of a flower seller by Sephiroth, he found a sea of criticism (remember it was 1997  the online world had the impression of being much more civilized than it is today). It was these negative reviews that had an impact on the story of Final Fantasy VIII, or rather, on the fact that none of the main characters in the story die during the game. 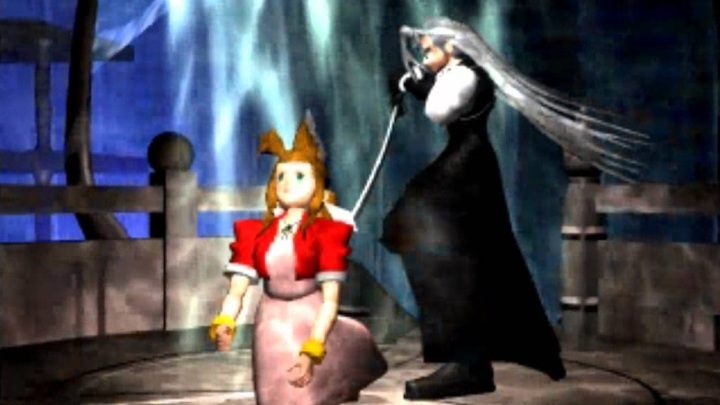 And this, dear grandson, was the moment when something died inside your grandfather. 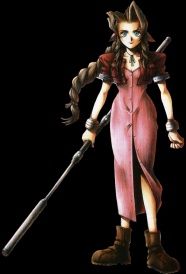 We may encounter two variants of the name  Aeris, and Aerith. Why the discrepancy? As is often the case in such stories  this happened when the game was translated from Japanese to English. The original name of the heroine, written in the katakana alphabet after transliteration sounded "e-a-ri-su." In the same alphabet, however, there is no sign with which to write the sound "th", hence "su" is its general replacement. Because in the game, the name of the heroine is never pronounced, only written, so the translator could not know which version was correct, and opted for the obvious  Aeris. This name appeared in the English version of the game.

In the Final Fantasy VII code, however, you can find the original name entry, which implies that the developers actually called her Aerith. Under this name, she also appeared in an announcement published in may 1996 in GameFan magazine, on the website of the PC reissue of FFVII released in 2012 (although in this edition of the game, she is still called Aeris), and in various Japanese publications where her name was written in Latin alphabet. The flower girl is also called Aerith in the Kingdom Hearts series.

So, which version is correct? At this stage, we can just accept both  although the original dev team wanted to call the girl Aerith, the name Aeris, since it's a real English name, has the more popular version. But to make it trickier, there is a third form  one of the early concept artists, Tetsuya Nomura, wrote it as "Earith."

Many fans were never able to accept Aerith's death. No stone in Final Fantasy VII was left unturned in the search for a way to resurrect her, and theories about how it was allegedly possible to return her to life sparkled the imagination of young players  even if most of the theories sounds ridiculous and is almost always based on the tens, hundreds of hours of grind.

One of the most popular theories was spread by a person posing for a Squaresoft employee, and suggested that after sufficiently raising the level of the medicinal materia (which in itself was a problem for an absurd number of hours it required), the player unlocked a special "Restore" spell. Then, we had to get a unique underwater substance (which actually exists in the game, but is used to fight one of the special bosses called Weapons). With access to the restoration spell and this special materia, we allegedly could revive Aerith. 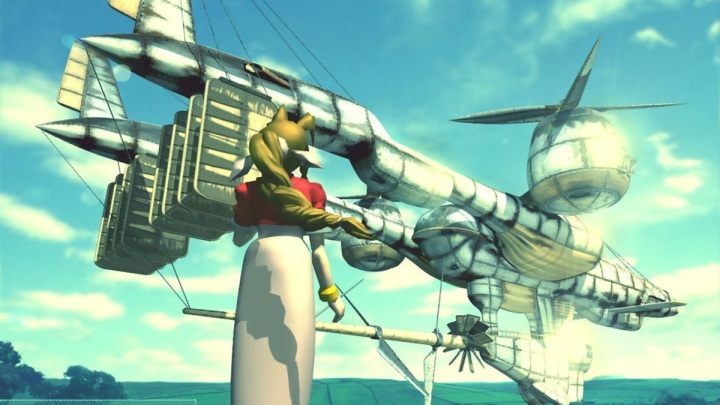 Theories stating that the flower girl could be brought back to life ignited the hearts and imaginations of fans over the years.

According to another theory, she could be saved if we'd brought the last Cetra to such a level that she got her final, fourth Limit Breaker. According to another, we could save her by being very kind to her throughout the game, and at the same time neglected her rival in the struggle for Cloud's love, Tifa. We were not able to add the latter to the team ever since we were able to independently select its composition. Only before the very death of Aeris should the despised girl be added to the team  in this case, during the critical moment, when Sephiroth was to pierce through her body, Tifa was to push her away and be killed herself.

All these fictions, of course, eventually turned out completely untrue, although many players took years to verify them. Interestingly, however, later versions of Final Fantasy VII (PC edition and mobile ports) contained an error that eventually allowed saving her life. Using a number of specific actions, we can skip various story segments of the game, including the moment of the heroine's death, so that she remains in our team until the end. This causes frequent errors in the operation of Final Fantasy 7, which only proves Aeris has to die.