The announcement of Final Fantasy VII Remake  and especially the information that Square Enix intends to significantly expand the prototype  ignited the hopes anew. And it divided fans into two camps  those who would like to save the famous florist, and those who believed that this was too important a moment to change it. 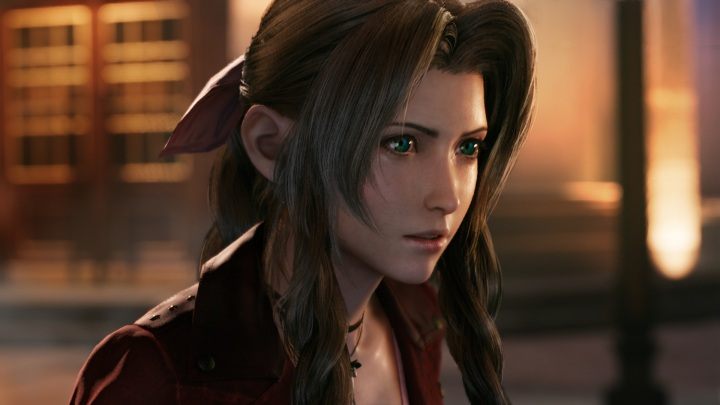 FF7 Remake awakens new hopes that we may save the florist.

Contrary to popular belief, such a change would make some sense  and it's not just about saving players from relapsing into depression and reliving five stages of grief. The entire drama of Aerith's death was based on unpredictability  it came unexpectedly, at a point in the story where it seemed that the thread of the girl is nowhere near the end. It was not a heroic sacrifice in the face of death, or a fall in the face of the inevitable  it was a blow from nowhere. It was a death that caused a sense of injustice. And in many ways, that's why it made such impression.

When we play Final Fantasy 7 Remake, we will expect her to die. Well, let's face it  if we are at all interested in computer games, at least to an average degree, then knowledge of Aerith's story is as expected as familiarity with the family ties of Luke Skywalker and Darth Vader.

And this knowledge will undermine the drama, weakening the effect of the whole scene. I know from my own experience. The first time I played Final Fantasy VII was a few years after the game's original release and, of course, before the launch, I was well aware which scene from the game made it to history. After learning about the history of Cloud and the rest of his band, I grew to really like the flower girl  we laughed together at the main character's disguises before visiting the Don Corleo estate. But at the same time, I was kind of waiting for this famous scene, waiting for the uncontainable emotions. And when it finally happened... I didn't feel a thing. I didn't feel what they'd said I would. Of course, I was sad  I'm not a monster, after all. But it wasn't as emotional as we were promised. The moment was just spoiled for me.

And thousands of players will share the exact same fate with Final Fantasy 7 Remake  especially if they witnessed the scene in the original, with its entire emotional impact. Reality has a good chance of falling short of expectations. Not this time. But there is a way. 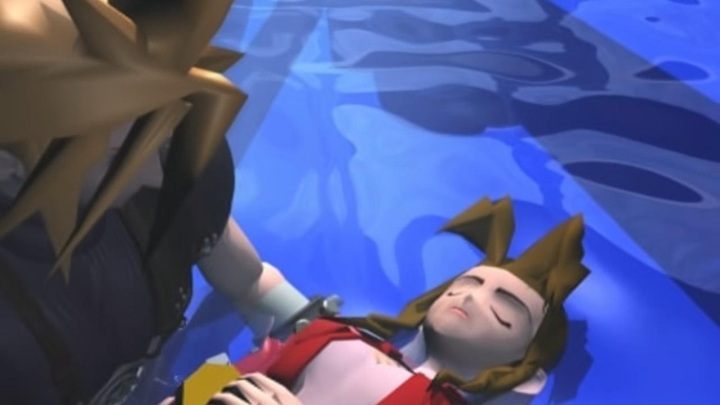 The scene of death was shocking itself, but above all, had a huge impact on the remaining part of the game  the loss of their friend formed the characters and established their motivation, and set the tone of the story.

Resurrecting Aeris would be a way to solve the problems that the creators of the remake are undoubtedly facing right now. The perplexity here lies in the fact that it simultaneously creates several other, equally serious problems. First of all, this change would completely shatter the message contained in the original game. In an interview form several years ago, Yoshinori revealed:

It might be good in a fantastical story that you can revive the characters, but with FFVII, we wanted to really take another look at that, look at human life, and [make people] realize they dont come back.

There are all these fantasy stories where, [for example], the princess would come back from death with the kiss of her prince. For children, it was normal for them that people would come back to life. And we wanted to question that idea and thought. So we wanted to depict that there is weight to life, and just put weight on the loss as well to life, and thats where we all started with Final Fantasy VII. That was our core concept.

Conceptually, Final Fantasy VII without the death of Aeris is a totally different game. This would also require a complete redesign of the the story. It was the death of this character that became the driving force for the heroes during their subsequent fights, and this loss determined the atmosphere in the game on discs two and three. Finally, it was Aeris, after her death, who used Lifestream to eventually stop the Meteor and prevent the destruction of humanity. Saving the heroine would require the plot to be drastically redesigned. This would no longer be Final Fantasy VII, but something entirely different. Something lesser. Maybe as playable as the original, I'm not saying no. But also breaching the fine line beyond which this would no longer be a remake, but a completely new game.

Aeris' death was decided on at the beginning of works on Final Fantasy VII, but while preparing the script, the creators considered creating a story in which she was not the only casualty. At one point, Yoshinori Kitase suggested that all characters, apart from three chosen by the player in crucial moments, should die. The developers did not finally decide on this course of events, because, in their opinion, it would dilute the meaning of Aeris' death.

Square Enix is not afraid to make big changes in the new version of its, perhaps, most famous game. We already now know that the Midgar we will visit in Final Fantasy VII Remake will be more complex, and feature more attractions than the memorable prototype from more than twenty years ago. That the characters, who barely got any screen time in the original, will now get much more depth and flair. 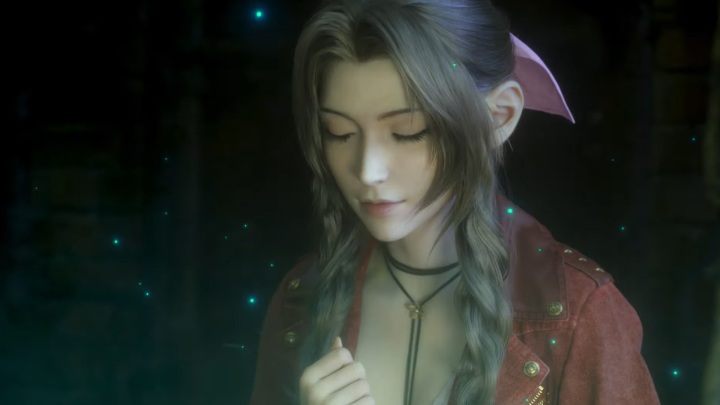 The developers should not change some things, if the new Final Fantasy 7 is supposed to have all the features that made its prototype the legend it is. And that includes Aeris' death. It will likely not have the same impact. Some may even call it a disappointment. But at the same time, its presence is crucial for the game to retain its identity. Because the scene itself is one thing. The message it carries, and how it affects the rest of the game and the players, is its real strength.