The number of genres of video games that have sprouted over the years can make your head spin. Probably no other medium contains such a broad range of very distinct forms, simply because video games as an experience consist of so many different layers. From simple puzzle games for your phone that are a digital extensions of traditional games like puzzles or chess, to cinematic stories like The Last of Us: Part II, to simulators of airplanes or old, Russian off-road machinery. But it's easy to notice a certain discrepancy here. While progress in areas like video game graphics, physics, and mechanics is rapid, or even hectic, the kinds of stories that video games tend to tell may well be considered in neglect. Games about adults for adults seem particularly lousy in this regard.

That is, if you consider "games for adults" more than simply the group of products rated M for mature, or even Ao, for adults only. To be blunt: tits, and, as of late, dongs, are quite abundant in video games. What I miss are adult games in the sense of discourse, and issues they tackle. Games that talk about stuff that adult life throws at you on daily basis, but that teenagers might find more irrelevant, mundane, or harder to identify with. 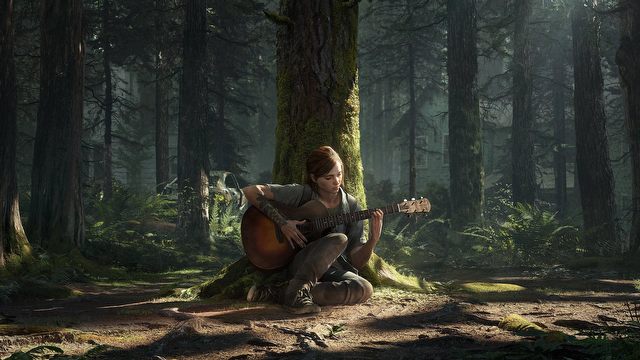 The Last of Us 2 is sure powerful, but that's not what this is about.

By and large, though, games cater only to our reptile brains, or childhood dreams of superheroism We save the world, romance a beautiful princes or a handsome prince, go on a treasure hunt, etc. Even less fantasy games, like this year's Ghost of Tsushima, or the second The Last of Us, don't really openly ask questions relevant in our everyday lives. Naughty Dog's masterpiece is an awesome tale of revenge, and Sucker Punch's latest production lets you experience what it's like to fight for the freedom of your homeland. But here's the thing. All the staff of Gamepressure sincerely hopes that world peace is a thing this planet is moving towards, rather than away from, and that a lesson in reloading an assault rifle will only happen to you on a shooting range. In real life, we rarely have to avenge murdered members of our families, killing dozens of thugs along the way, not to mention descending to the lowest circle of hell wearing clad in nothing but underwear.

Of course, part of the video games' appeal is precisely that we don't get to do these things in reality. That's what storytelling has been since the dawn of mankind and I'm not arguing it should end. That's not the idea; I love to engage in these completely off-the-wall adventures too. But I really wish more games started treating their stories with more seriousness.

I recently finished Haven. The game from the French studio, best known for the sensational Furi. Despite fairly mediocre reviews, I was intrigued that a game visually reminiscent of T-for-teen games was rated M. I figured that even if it was weak in conventional terms, there had to be something special about it. And I was right.

As a game, Haven indeed turns out very average. The gameplay consists mainly of exploration of a rather boring planet, admittedly topped-off with a great soundtrack. It allows you to relax after work, but not much else. What sets Haven apart from other games, though, are the characters and relationships between them. A pair of young lovers stranded on a deserted world live together in the wreckage of their ship.

In a seemingly vapid situation, their adventures are actually not much different from the average experience of two people in a relationship, confined together in a single flat, during an ongoing pandemic. Every day, they eat their breakfast, take a shower, waste time on the couch or talk before sleep. They know each other well, so there's no room for the BioWare kind of a grand romance. The game doesn't have players pursuing sexual intercourse with an NPC because that character is already the protagonist's fiancée. It is this ordinariness (despite the otherwise unusual circumstances) that elevates Haven above the unassuming first-impression. 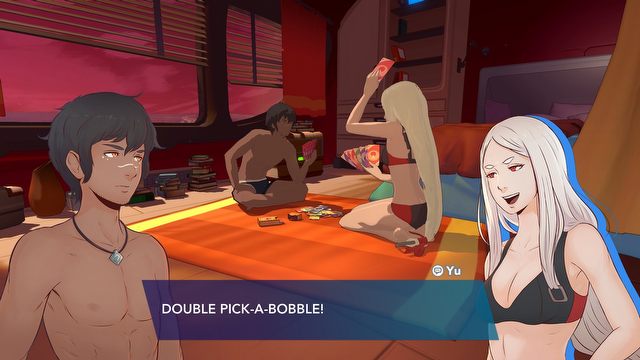 Anyone in a long-term relationship is sure to smile back at their own memories, when the game depicts the conversations of the two heroes. There's explaining a very complicated board game to a partner and convincing them that everything will become simple in a moment, for example. There's fun (or not) flirting, full of sexual undertones. Pretending to listen to someone, but really only thinking about the pimple on the other person's body that is perfect to squeeze out! Haven is not an outstanding game, but it made me realize how much such stories are missing from games.

There sure are such games out there. The thriving indie scene is one of the greatest achievements of our industry, thanks to which a lot of great and original works are created. I regret, however, that similar subject matter is so rarely of interest to larger publishers.

We're also missing many genres familiar from other media. Where are the romantic comedies and melodramas, so popular in movies and on the TV? Where's our response to best-selling biographies, or popular-science books? Is it really all we can afford in terms of storytelling? Games explicitly boasting about their stories being completely fictitious?

I realize that each medium has its own idiosyncrasies and it's own "sweet spot," where it can take the best advantage of it's own nature. However, I believe that games are the most capacious of all branches of culture, and that they shouldn't be afraid of any literary or cinematic genre. It's a shame that developers are not yet realizing this potential. However, there also is some good news. Games have enormous opportunities for growth ahead of them all the time, and what we are experiencing now are just the the first miles of a long road that is still ahead of us.