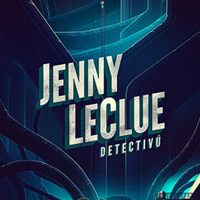 A point-and-click detective adventure game developed by Mografi, a one-man American studio led Joe Russ. In Jenny LeClue we play as a young miss detective, whose mother has been accused of murdering a school principal adored by the local community. Refusing to believe in her mothers guilt, the heroine decides to solve the case by herself and discovers that the truth is much more complicated than it seemed. The gameplay focuses on visiting locations, gathering evidence, and dialogues.

Giana Sisters 2 is a colourful platform skill game. This is a continuation of Giana Sisters: Twisted Dreams from 2012, created by the Black Forest Games studio.

A detective logic and adventure game belonging to the popular genre of "hidden object games". The game consists in solving subsequent criminal riddles: searching for clues, analyzing evidence and interrogating witnesses and suspects. Most of the time, however, we spend searching successive locations, filled with a mass of hidden objects to find.

Inspired by the SimCity series, this is an economy game of the classic city builders genre. The player's task is to expand a small town on the island by constructing residential, commercial and public buildings. The key to success is to maintain an appropriate balance between the number of inhabitants and the number of vacancies.

Production modelled on the famous independent game The Binding of Isaac created by Edmund McMillen. While playing Obslashin' we play the role of a cat, who travels the dungeons filled with various monsters and bosses fighting against them with the help of... fish. 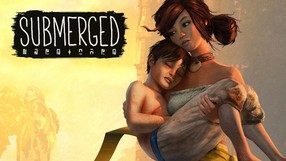 A remastered edition of the classic aerial shooting, which debuted in 1990 on Amiga computers. The action of the game takes place in the years 1916-18, and we play the role of the pilot of the 56th RAF Squadron, sitting at the helm of the plane Sopwith Camel. The new version of the title offers a completely refreshed HD graphics, a re-recorded soundtrack, as well as 5 hidden missions and an alternative end to the game.