Autumn Dynasty is a real-time strategy. The production is set in the climate of oriental fantasy and allows you to play the campaign or play in multiplayer mode. A characteristic feature of the project is the control system, in which with the help of fingers we draw commands on the screen with a virtual brush.

Giant Boulder of Death is a crazy arcade game. We direct in it a huge boulder descending from above. Along the way, we must destroy as many buildings and kill as many people and animals as possible, while avoiding destroying our boulder. The slope never ends and the fun goes on until we fail.

QuestLord is an RPG game. The production refers to the classics of this genre, offering a view from the perspective of the FPP, a jumping way of moving, turning only 90 degrees in either direction and a turn-based combat system.

99 Bricks Wizard Academy is a puzzle game in which we build a magical tower. Various blocks falling from the sky serve as a building material and we have to adjust them in such a way that they create subsequent levels of the building. By the way, it is also necessary to defend the structure against competitive magicians trying to destroy it.

Layton Brothers Mystery Room is a mobile adventure game available for Android. It tells the story of Scotland Yard detectives dealing with the strangest cases. While playing, we look for evidence and circumstantial evidence, collect testimonies and question suspects.

Sproggiwood is a roguelike with a turn-based combat system. The action takes place in the land of fantasy modelled on Finnish mythology. While having fun, we divide the time between exploring a randomly generated world, fighting monsters and expanding the village.

Two-dimensional handicraft, maintained in a retro style. In production, we take control of a small aircraft and cross complex routes, full of obstacles and narrow passages. The production is distinguished by the mechanic - the monoplane moves very unstable, and the player changes its position by spinning loops in the air.

A logic puzzle match-3 game with role-playing elements. The production is based on the Adventure Time animated series and was developed by WayForward. The protagonist of Adventure Time: Puzzle Quest is Finn, accompanied by Jake the dog. They traverse the magical Land of Ooo, facing various enemies on their way. The game focuses on turn-based battles, during which you have to match crystals appearing on screen (thus charging the characters' attacks). 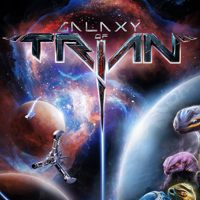 A virtual adaptation of a Polish board game of the same title. It has been developed by independent studio Grey Wizard Innovative belonging to Piotr and Ewa Zygadlo, both experienced game developers (Artifex Mundi, Grim Legends 2: Song of the Dark Swan). Galaxy of Trian is set in a science-fiction universe, in which humanity gained access to advanced technology of an alien race, Trian, and uses it to strengthen rivaling nations. Gameplay mechanics match the tabletop original.

Turn-based strategy game in which we play the spartate of the travelling underground in search of the Golden Fleece. While playing, we have to be clever, because every time we move, the opponents do the same.

The next installment of the mobile series of TPP shooters, putting emphasis on hiding behind the covers. In the game we play the role of mercenary commander, get to various battlefields and stand up to fight against the prevailing enemy forces, commanding a small unit of soldiers. 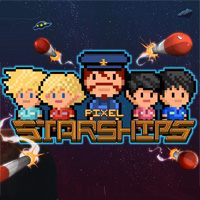