"Finding Nemo: The Continuing Adventures" is a continuation of a great hit, which turned out to be "Finding Nemo" released some time ago on GameBoy Advance console by THQ. The completion of the story known from the cinemas and the console screen was presented in the form of several dozen funny mini-games.

Britney's Dance Beat is a music game that should satisfy all fans of one of the most popular pop star Britney Spears. We can listen to her greatest hits and see a few music videos. 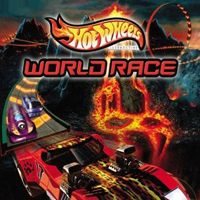 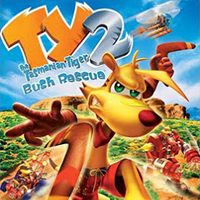 Arthur and the Invisibles

Arthur and the Minimoys is an arcade book with clearly displayed adventure motifs, based on the cinema hit, distributed in Poland under the title Artur and Minimki. The film's prototype was created by the famous Luc Besson, the director of a memorable work called The Fifth Element, based on his children's book.

A simple strategy in which we run a holiday resort for dogs and cats. We take care of the animals we receive, gradually developing our empire.

Shrek Smash n' Crash Racing is a crazy race, inspired by computer animations from the DreamWorks stable and telling the story of Shrek's adventures. The user, as one of the film characters, has a unique opportunity to sit on the back of various animals or at the helm of other unconventional means of transport.

The F-14 Tomcat is a Dynamix simulator of one of the most popular fighters in the United States air force. The player will play the role of the pilot "murderer of MIGs" and together with a computer-controlled assistant will take part in a series of heavenly fights over territory known from various conflicts of states.

Power Rangers: Space Patrol Delta is a simple arcade game designed for not too picky players. All the time we run to the right and defeat other enemies, using only one of the attack variants contained here. Fighting is a very important element of fun - if we don't beat a certain number of enemies, we don't have anything to think about going to the next level.

Cindrella: Magic Dreams is an arcade game where your main task is running and jumping. Here we have the opportunity to play one of the three characters: Cinderella, fairy and one of the mice.

Summon Night: Swordcraft Story is another title from a series that has long been known to Japanese fans of console cRPG games. As a descendant of the legendary Shintetsu, the player has the task of following in the footsteps of his father and becoming the best craftsman.

Two-dimensional platformer, directly referring to the second episode of "Star Wars". We take control of one of the two characters. It can be Anakin Skywalker or Obi-Wan Kenobi.