Dora the Explorer: Super Star Adventures is an adventure game addressed to the youngest users. Inspired by an educational TV series broadcast since 2000, the title character is a seven-year-old Dora, who can be met with her inseparable monkey Boots during a constant search for adventures.

Created by Magic Pockets studio, the product called Extreme Ghostbusters: Code Ecto-1 is an arcade game, which was created on the basis of a popular animated series, aired on American television in autumn 1997.

Disney's Atlantis: The Lost Empire is a platformer with elements of an action game. The developers were inspired by an animated film from Walt Disney's stable (Polish title: Atlantis - Lost Land). This story tells the story of a young scientist, Milo, who wants to search for underwater civilization.

The Cheetah Girls is an arcade game, based on film and books under the same title. It tells the story of a group of singers who want to gain world fame. It is noticed by the manufacturer during the school talent competition.

Continuation of the events presented in the game "Attack of the Clones". Once again we play the role of Anakin Skywalker, trying to prevent the creation of the title army of droids.

A funny and not too complicated arcade game in which we take control over one of three different characters, including the title inspector. Five different chapters to overcome. 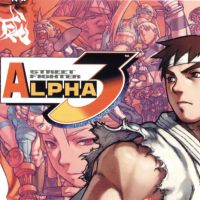 Mr. Driller 2 is a sequel to Mr. Driller and a continuation of the series, known from various consoles (apart from GBA also Dreamcast and PlayStation). This is a game of the genre of logical-skillful puzzles (another variation on Tetris).

Boktai: The Sun is in Your Hand (GBA)

Boktai: The Sun is in Your Hand is an action game, it will be a mixture of Castlevania, Metal Gear Solid and classic cRPG titles, in which the hero is viewed from an isometric point of view.

One of the first games in the Army Men series, released on the Nintendo console. We play the role of one of two possible characters and deal with the liquidation of the enemy (plastic) soldiers we meet.

A dynamic action game in which we play the title role of a brave samurai. This handbook is of course based on a very popular cartoon displayed by the Cartoon Network station.

The Fairly OddParents: Clash with the Anti-World (GBA)

The Fairly OddParents: Clash with the Anti-World is an uncomplicated platformer with elements of an adventure game, coming from the already known series The Fairly OddParents. Its prototype is a cartoon of the same title, emitted by the Nickelodeon channel.

WarioWare Inc.: Mega MicroGame$ is a collection of approximately 200 crazy mini-games for Game Boy Advance users, most of which refer to the popular series in Nintendo's publishing portfolio. The whole is maintained in a humorous convention, which is emphasized by funny dialogue scenes and brightly colored visual setting.

Astro Boy is the American name of the Japanese animated film series Tetsuwan Atomu, which dates back to 1963.

CIMA: The Enemy of the Japanese Neverland studio is another representative of the jRPG genre. In the game there are also many strategic elements and requiring solving puzzles. Traditionally looking characters (with heads as big as a torso) are viewed from the third person's perspective, in isometric projection.

Bruce Lee Return of the Legend is an action game created by Vicarious Visions. We play the role of the title character (training martial arts), who decides to find the murderers of his master.

Disney Sports Basketball is another game from the Disney Sports series, created and released by Konami. It belongs to the genre of sports games and is dedicated to basketball.

Interestingly realized motorcycle races. The whole is played in a two-dimensional environment, and the player watches the player from the side. A dozen or so different routes to be covered.

The game is addressed to the youngest users. Summer - Strawberry Shortcake's favourite season - is the time for gardening. The strawberry is preparing to take part in the competition for the biggest blueberry in the whole area.

Boktai 2: Solar Boy Django is an action arcade game title and a sequel to Boktai: The Sun Is In Your Hand. In the game you can see similarities to such hits as Castlevania and Diablo, but there are also sneaking elements, similar to those known from Metal Gear Solid.

Cartoon Network Speedway from Majesco Games is a race title, strongly seasoned with cartoon humour. We compete on go-karts, and as drivers we choose any of the twelve characters, known from cartoon films broadcast on Cartoon Network television.

Care Bears: Care Quest tells us about twelve teddy bears (we know them from the TV series Care Teddy bears) whose life is about friendship, fun and laughing. Unfortunately, not every inhabitant of the land in which they live is as happy as they are. It is not uncommon for teddy bears to help those who need friends, joy and hope.

Another game with the famous blue hedgehog in the lead role. This time the Sega corporation has made available to Game Boy Advance console owners the classic version of the supersonic hero's adventures, originally released in 1991 on the 16-bit Mega Drive platform.

Camp Lazlo: Leaky Lake Games is a title that has been prepared for Game Boy Advance console owners. It was created on the basis of an animated series, known in Poland as Lazlo Scout, broadcast continuously since 2005 by the Cartoon Network television station.

Yu Yu Yu Hakusho: Tournament Tactics is a strategy game with elements of fighting. The work refers to the popular anime by Yoshihiro Togashi, aired on Cartoon Network and addressed to boys aged 9-14 years. 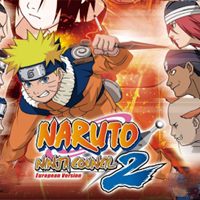 The second part of the series of walking brawls based on Masashi Kishimoto's manga. Again, we lead the Seven Team, fighting enemies and jumping on platforms on two-dimensional boards.