Gothic is the first game in the portfolio of Piranha Bytes, a company set up in 1997 by five former employees of Greenwood Entertainment. However, the work on the title began a year earlier. The project was based entirely on proprietary technological solutions, including the ZenGin graphics engine

The game takes the players to a fantastical kingdom of Myrtana, ruled by King Rhobar II. The player takes on the role of a Nameless Hero who ends up in a penal colony on the island of Khorinis. It is surrounded by a magical barrier, penetrable only from the outside, which was created by arch mages. Unfortunately, during the incantation something went wrong. The range of the spell turned out to be bigger than expected and the entire area of the Valley of the Mines was surrounded by the barrier, trapping the mages as well.

The main character is one of the convicts in the penal colony. Soon, however, it turns out that hes not an ordinary prisoner but a messenger of god Innos, and his goal is to overcome the evil lurking within the magical dome...

The story of Gothic, although linear, was made with great flourish and dynamic plot twists. The game world, while not too extensive, includes quite diverse locations such as the Old and New Camp, Sect Camp, Bandit Camp, several mines, and even an orc village. In the course of his adventures, the Nameless Hero may encounter more than 200 NPCs and join a dozen guilds (e.g. Diggers, Shadows, Temple Guards, Mercenaries), each of them guided by different motives. Standing in his way are also a few dozen types of monsters  from meatbugs and scavengers to demons and skeletons.

As befits a title combining elements of action and cRPG, the combat is an important aspect of Gothic. The arsenal of weapons, armor and artifacts (charms and medallions) is sizable, although access to some of the items is sometimes strictly limited (we have to craft them ourselves or beat our opponent to get them). Depending on the player's preference, the Nameless Hero can wield swords (one- and two-handed), axes, maces, hammers, crossbows or bows.

The game uses a simple system of coefficients and skills. The main character is described by attributes: strength, agility and maximum health and mana. Once we level up, the Nameless Hero receives 10 points, which the player can then spend on raising coefficients, or learning new skills. Apart from skills related to combat (wielding one- and two-handed weapons) and magic, these are also abilities useful in everyday life (e.g. lock picking, sneaking, skinning animals). Learning and improving existing skills is only possible after finding the right teacher.

The game is distinguished by its level of audio-visuals. Zengin graphics engine generates a high-quality (at the time), richly detailed image. The climate is enhanced by the lighting changing in the day and night cycle. The animations of the main character, whose actions we watch from a third person perspective, look smooth and natural. 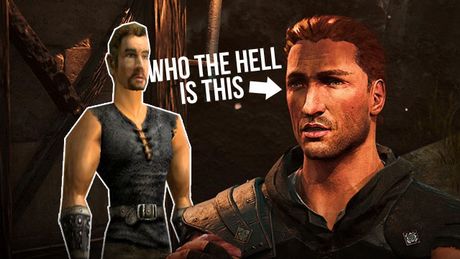 Gothic's Remake is Happening! But Don't Hold Your Breath Yet

The prayers of thousands of players have been answered  the Gothic remake becomes a reality! But which deity has granted these prayers? Judging by the quality of the demo, I'm afraid it's the work of Beliar, rather than Innos. 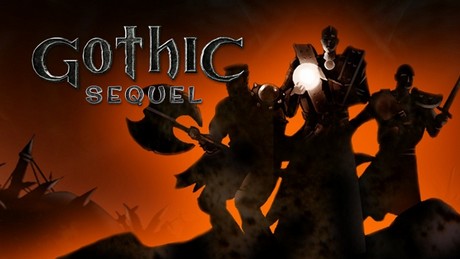 Gothic Sequel  the add-on that never was. A cancelled expansion for the iconic RPG

Not many Gothic fans know that back in 2001 Piranha Bytes began working on an expansion under the working title of Gothic Sequel. We give you a glimpse of this forgotten project, pieces of which were incorporated in the later installments of the series.

The Gothic series has a cult-like following in several European countries, including Germany and Poland. Its worshippers can also be found among the hardcore RPG supporters worldwide. Is there a chance for a comeback?

No Gothic sequel any time soon as Piranha dont want to disappoint the fans. Any chance for a remake of the first game?

We shouldn't expect a sequel to the Gothic series any time soon, Björn Pankratz from Piranha Bytes told us. The studio has been considering a remake of the original games, but currently they don't have the manpower to do it.

THQ Nordic has announced that it is considering a remake of the first installment of the Gothic series. The publisher not only provided a trailer for the project but also released a playable prototype. It will be up to the players to decide whether the work on the game will continue.

THQ Nordic shared further information about the potential remake of Gothic. The publisher is still not sure if the project will actually come into being, but if so, the creators are already planning changes in line with the fans' suggestions. At the same time, cheat codes, enabling us to use the developer mode, were revealed.

Not only the original Gothic has a chance for a remake. Community manager of THQ Nordic mentioned that the company is also considering refreshing the second and third installment of the series.