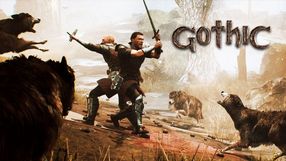 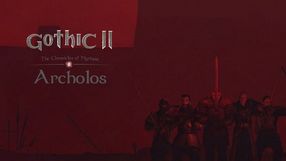 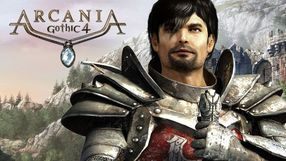 A spin-off to the legendary Gothic series initiated back in 2001. While the creators of the franchise, Piranha Bytes, focused on developing the Risen franchise, the latest Gothic was developed by Spellbound Entertainment, known for the Realms of Arkania trilogy, among other titles. In the game, we assume the role of a completely new character, a young boy who seeks revenge on a newly enthroned king Robhar III, whose soldiers invaded his home village and murdered its inhabitants. The story is more linear than those of other installments of the Gothic series, although it similarly focuses on exploration, performing quests, and fighting numerous monsters. Depending on the chosen class and development path, the protagonist can specialize in melee combat, archery, or magic. The action is traditionally observed from the third-person perspective, but while in battle the camera is automatically zoomed out, providing the player with a better view on the battlefield. 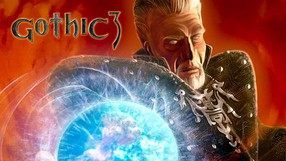 Third game from the popular RPG series, which began in 2001 year thanks to a previously unknown studio, Piranha Bytes. It follows the story of the Nameless Hero, once again taking us to the fictional fantasy universe, which has been significantly expanded, when compared to previous titles. The game’s world consists of 3 different lands: kingdom of Myrtana, ice-covered Nordmar and desert Varant. The player can freely shape the story, completing any number of nearly 1000 available quests for 10 different factions present in the game. Depending on which side he chooses at the end, he will come to one of 3 different endings. New chapter of the series comes with many changes in gameplay, including new skills, greatly enhanced character progression system, better equipment screen, and simplified fights, as well as significantly improved visuals. 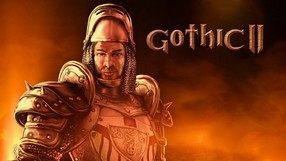 A direct sequel to the 2001's bestselling RPG developed by Piranha Bytes. The sequel continues the story of the original game set in Myrtana, where good and evil forces are constantly fighting each other. This time, the Nameless Hero faces the Army of Darkness led by dragons, creatures summoned by the main antagonist of the original game, a demon known as Sleeper. In order to recover and restore his skills, the protagonist has to join one of the three main factions and find lord Hagen, a man whose help is crucial for the victory over the forces of evil. In comparison to the original game, the story in Gothic II is set in a substantially larger and more diverse environment. As for the story itself, it is less linear and features a set of additional quests given by members of different guilds. There are plenty of new weapons, equipment, and monsters to be dealt with. What is more, both the graphics and artificial intelligence of NPCs were greatly improved. 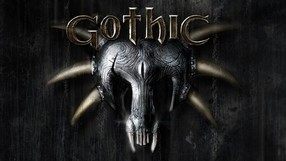 A fantasy action RPG developed by a debuting Piranha Bytes studio, founded by ex-employees of Greenwood Entertainment, a company that prospered in the 1990s. You take on a role of a nameless hero, who, with a group of others, gets incarcerated in a penal colony on Khorinis island. As it turns out, he is not a mere criminal, but a champion of gods who aim to clear the realm of evil forces lead by a mighty demon called The Sleeper. On his quest, the protagonist joins one of three camps and completes many tasks, encountering over 200 non-player characters and a few dozen types of monsters. As he earns experience, the nameless hero develops his skills and learns new abilities – both combat and magic. The game’s 3D graphics is powered by an proprietary engine called ZenGin.