Til Morning's Light is an action-adventure game developed by the indie studio Way Forward Technologies. We play as Erika Page, a teenager stuck in a cursed mansion. Our job is to find the residence's many secrets and, first and foremost, a way to escape. We have to do it before the sunrise, or else Erika will be turned into a ghost and join the many supernatural creatures that haunt the place. 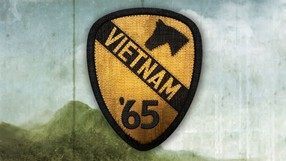 Developed by Johan Nagel in cooperation with Slitherine Strategies, Vietnam 65 is an unusual turn-based strategy game set in the period of the Vietnam War. The action of the game takes place in 1965 in the Ia Drang Valley, located near the border with Cambodia, where the American government dispatched a powerful military support in order to prevent the unification of this part of the country under a single, communist flag.

Game Of War: Fire Age is a social strategy game, evoking associations with productions similar to Tribes or Clash of Clans. Game Of War is the responsibility of the American Machine Zone studio, which not only produced the title, but also supported it with a huge marketing campaign.

A turn-based strategy and economic game in which we try to help a poor couple develop their farm. The action takes place in 17th-century Europe, and the fun is intended for both loners and people who love multiplayer (local and online).

Beneath a Steel Sky: Remastered

Refreshed version of the classic point-and-click adventure by Revolution Software studio from 1994. We play the role of Robert Foster, a prisoner who survived the catastrophe of the plane transporting him, trying to regain his identity and learn the facts from his own past.

A role-playing game by Level 5 for mobile devices and Nintendo 3DS. Snack World is set in a fantasy realm, and you play as a young boy called Chup, who wants to exact revenge on the invaders that burned his family village to the ground. Fortunately, Chup is not alone  he is accompanied by his friends, Mayone and Pepperon. The game utilizes an isometric view and the gameplay focuses on exploration and collecting various items.

An adventure puzzle-arcade game with brave Vikings in the main roles. The title, designed for mobile devices running iOS and Android, is an extended version of the award-winning flash game with the same title.

Amelia and Terror of the Night

The style of Tim Burton's films, an interactive story about friendship, acceptance, courage and perseverance. In the game we play the title character of Amelia and her friends, who face a monster stealing souls named Skowyt. The game boils down to searching fully interactive boards, full of puzzles, hidden objects and simple mini-games.