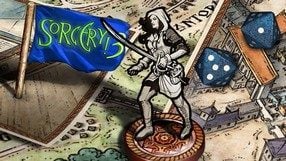 Third entry in the series of fantasy gamebook RPGs, started in 2013 by inkle Ltd.. The story of Sorcery! 3 connects to two previous titles, but it is not necessary to know them in order to play the game. Thats because we are taken to a completely new region, Kakhabad, where a powerful artifact known as The Crown of Kings is hidden in one of cities.

Perils of Man is a PC adventure game. The player takes on the role of a teenager looking for the lost father of a scientist. The game is about exploring the location, talking to characters and solving riddles, which is helped by numerous inventions of the heroine's parent.

PewDiePie: Legend of the Brofist

A 2D mobile platformer game which focuses on the person of the titular youtuber. PewDiePie: Legend of the Brofist was created by Outerminds - a Canadian developer popular for the freeware app Tadpole Tap. Similar to other representatives of the genre, the player explores subsequent levels, jumping across platforms, overcoming obstacles, searching for collectibles, as well as fighting various enemies (wolves, illuminati, or powerful bosses for example).

A mobile adventure game, set in Paris in 1942. You play as a British spy, sent to the French capital to discover the identity of a traitor working with the Germans. A local contact may have some valuable information on the mysterious person, but he went missing a few days earlier. You task is to infiltrate Paris, avoid detection by the Germans, contact the resistance, find the informant and the clues and evidence pointing towards the traitor. 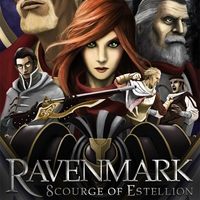 Ravenmark: Scourge of Estellion is a PC-based fantasy strategy. The production offers only a campaign and emphasizes the fictional aspect. The game boils down mainly to large scale battles by means of a turn-based combat system, requiring the use of formation and taking into account the terrain.

Autumn Dynasty is a real-time strategy. The production is set in the climate of oriental fantasy and allows you to play the campaign or play in multiplayer mode. A characteristic feature of the project is the control system, in which with the help of fingers we draw commands on the screen with a virtual brush. 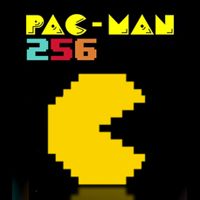 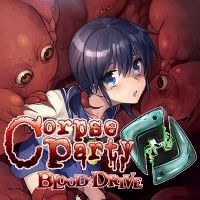 The Shadow Sun is an RPG game modelled on PC productions of this genre. Players must save the gloomy fantasy world from extinction by exploring locations, completing quests and battles with the help of a highly arcade combat system.