A dynamic action RPG addressed to mature players. The game focuses on combat, character development, collecting inventory, and exploration of its world. The emphasis was put on adjusting the mechanics and the storyline to the individual style of play of each player.

Tomasz Gop, co-creator of The Witcher, was involved in development. Shortly after the release of the second Witcher, he left the ranks of CD Projekt RED. Gop served as the executive producer and designed the gameplay mechanics in detail as well as the overall concept of the game. A large portion of the project was finished by a German studio, Deck 13

The world of the game is an ancient one where, thousands of years ago, the mankind rebelled against the tyranny of its god and managed to kill him. His body gradually changed into a mountain range that separates the north, inhabited by a civilization mage-priests, from the south which is the home of warriors.

The player chooses from the three classic character classes: warrior, mage and assassin. In addition, each character has the opportunity to follow the path of magic or combat (or combine both). Depending on that decision, the attitude of various factions towards the protagonist changes. The loot is dependend on the tactic used. If an enemy is killed by means of magic, he or she will drop a spell or an artifact, while an enemy defeated in melee combat will drop a weapon or an armor.

Lords of the Fallen guide is essential for every player that wants to play as Harkyn. It will help you lengthen your character's life while exploring ancient ruins and other dangerous locations full of enemies. 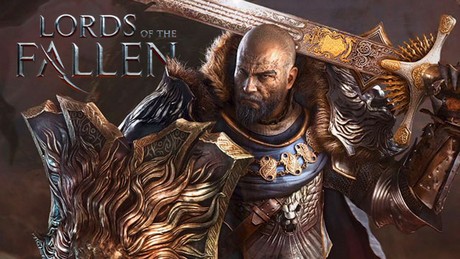 While reviewing Lords of the Fallen there is no way to avoid comparison to Dark Souls. Luckily it's still pretty solid action RPG.

CI Games has summarized its achievements in 2014. Despite Enemy Front becoming a "commercial failure", the success of Lords of the Fallen made Marek Tyminski, CEO of the company, pleased with the outcome.

Lords of the Fallen: Complete Edition announced for North America, coming out this month

Polish developer CI Games revealed Lords of the Fallen: Complete Edition will launch on October 28 at retail stores in North America. The new release will be available exclusively on PlayStation 4 and Xbox One consoles, apparently missing out PCs.