Metal Gear Solid: Peace Walker is the second entry in MGS series developed for Sony PlayStation Portable. It is built upon the third installment of the series  Metal Gear Solid 3: Snake Eater released in 2004 on PlayStation 2. The game was designed by Hideo Kojima and developed by his studio Kojima Productions.

Metal Gear Solid: Peace Walker shows further story of Big Boss who was tricked by the government. The action takes place in Puerto Rico in 1974. The main protagonist, together with an army of mercenaries whom he leads is checking why the government of Puerto Rico and CIA are supporting an organized military group and thus violating the constitution of that country. An unstable political situation and the threat of a nuclear war are forcing the people to take the fate into their own hands and to secure their future. Outer Heaven base is supposed to be one of the places that guarantee peace.

In this installment of the series the developers focused primarily on cooperation mode that is available during most of the main campaign and on side missions. This allows the players to complete almost the whole game together (in groups of from 2 to 4 people) and help each other during hard boss battles. In order to connect with other players, one can for example use PlayStation 3 and Ad Hoc Party application. The main plot consists of 30 missions during which Snake travels through various parts of Costa Rica (from jungles, through mines, to secret bases). There is more than one hundred of secondary missions during which the player searches for notes, recruit soldiers and participate in battles against armored vehicles (which can be also captured).

Managing the base of Big Bosss military organization is an interesting feature of Peace Walker. The player recruits new people by using a system that evacuates stunned enemies from the battlefield and then he assigns them to various sections (combat, food, intel or research). This unlocks new weapon and item projects that then can be developed in the laboratory. Snake receives many gadgets  from rocket launchers and heavy machine guns, to magazines that distract male soldiers or... bananas that can be used to scare the soldiers. Big Boss followers can be also sent on missions to other countries  when they return, the player can watch an automatic battle that took place and he can collect rewards.

Outstanding graphics and specific form of narration that is characteristic for the series are worthy of attention. The protagonist sneaks up, fights and eliminates enemies in a similar style as in the large version of the cult title. The developers made sure that the controls on PSP are very intuitive. The game contains some product placement  for example, Snake can wear a shirt with Mountain Dew drink logo, take the popular Walkman on missions and use it to listen to music from different parts of Metal Gear Solid.

From Russia with Love 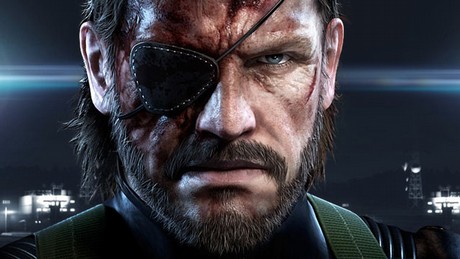