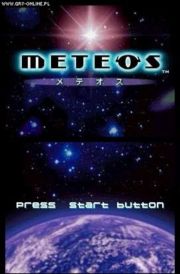 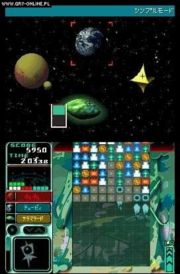 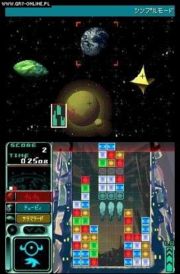 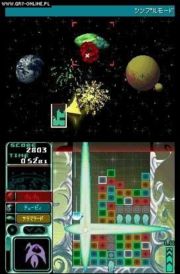 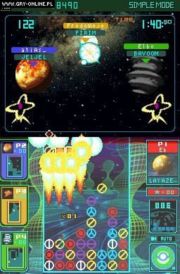 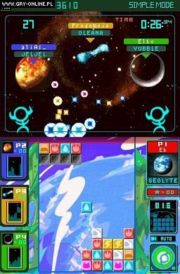 An evil planet named Meteo is sending storms of world-ending meteors across the galaxy, and only your puzzle skills can stop them. As blocks rain down, use the stylus to align similar ones and launch them back into space.

* Defend more than 30 planets, each with its own alien race, theme music, block style and gravitational laws.

* Link wirelessly with up to three friends and have a war of the worlds as players select which planet to launch their Meteos toward. Team up, customize items or establish time or stock limits  players can play however they like.

* Using DS Download Play, players can take on up to three friends with only one game card.

As blocks fall from above, players must align similar designs by groups of three or more to launch them back up. Players can move blocks only vertically (preferably with the stylus, although the game can be played with the control pad). As players unlock planets, they must learn each one's unique gravitational rules and block style. There are an incredible number of modes, from Star Trip (progress from planet to planet) to wireless multiplayer to deluge mode, where the Meteos fall at a steadily increasing rate. Not only that, but almost every mode is customizable, allowing players to set the difficulty level of their opponents, time or stock limits, or even item sets. Items vary from vision-obscuring smokescreens to Meteos-destroying hammers.

In all modes, players can earn Meteos. Anything launched off the top of the screen goes into a bank, and players can then spend them to unlock new planets, items, features and modes.

Before collaborating on Meteos at upstart studio Q Entertainment, Tetsuya Mizuguchi produced Sega Rally, Space Channel 5 and Rez while working at Sega, and Masahiro Sakurai created Kirby and Super Smash Bros. as director of HAL Laboratories. Their impressive track records are evident in their latest creation.

High School Musical 2: Work This Out!

Red Bull BC One