Dark Secret is the subtitle of the next installment of the series of games, representing the so-called stealthy games genre. The plot takes us to feudal Japan. Again, we have the opportunity to play the characters characteristic of the series, namely Rikimaru and Ayame.

CSI: Crime City is an arcade adventure based on the license of the famous detective series CSI: Las Vegas Criminal puzzles. As a member of the CSI team, we play the role of a forensic engineer, interview witnesses, look for evidence of crime, conduct research in a laboratory and look for perpetrators of crime. In the game there are five detailed missions and a number of mini-games. The game takes full advantage of the touch screen.

Etrian Odyssey is a jRPG game with beautiful graphics and interesting solutions, supported by a very good team of well-known artists, such as Shigeo Komori, Kazuya Niinou and Yuzo Koshiro. Their achievements include Trauma Center: Under the Knife and Shin Megami Tensei: Devil Summoner.

Another representative of the mini-series "FF Crystal Chronicles". The presence of a fully fledged multiplayer is worth mentioning. Up to four players can participate in this type of struggle.

Race Driver: Create & Race are car races, designed exclusively for the Nintendo double-screen console. Developers, using the advantages of this hardware platform, not only allowed for good fun with the implemented options, but also prepared the opportunity to create their own elements of the virtual environment.

An adventure and arcade game for the youngest users of the DS console. We play the role of a brave special forces agent. We take part in a series of dangerous missions, using interesting gadgets and means of transport.

Rayman DS is a classic platoform, combining 2D and 3D elements, in which we have forty-five different worlds to visit - waterfalls, caves and pirates' hideouts. In the game we move, of course, the title Rayman.

Brothers in Arms: DS is another game from the popular series, set in the realities of World War II. We are dealing here with a position, achievable only on the Nintendo DS platform and quite different from the rest of the series. Developers from Gearbox Software did not serve us a typical FPS, but an action game, shown from a third party perspective.

The next installment of the My Farm series, this time allowing you to take on the role of an African farmer taking over the property of his grandfather on the savannah.

The next installment of the popular game, in which we play the role of the owner of a farm taking over the legacy of a famous predecessor.

An offer for the youngest owners of Nintendo DS, who want to learn the difficult art of baking cakes. They will do this by helping poor Rue run a declining bakery.

A game addressed mainly to young audiences, combining elements of adventure with logical riddles. Professor Layton and his assistant set off on the trail of a thief who stole the mythical Pandora's Box.

A platform game based on the popular animated series. We move to a magical world, helping brave wizards to defeat the evil Lord Baltor. 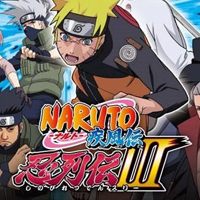 Another game referring to the title character of the game. This time we deal with controlling the offspring of the main characters. We have to play with the creatures visible on the screen, but also learn new things about them.

Another part of the cult two-dimensional arcade. We deal with the liquidation of the opponents appearing on both screens, while jumping to the next platforms at the same time.

The Fizz is a logical item, prepared exclusively for holders of a two screen console from the Nintendo stables. The user's task is to correctly align twenty-five points, each with four antennas in different colors (red, green, blue, yellow and white).

The fastest hedgehog in the world - Sonic - returns. A huge collection of platformers was thus increased by the title of Sonic Rush. Creators from the Sonic Team refer to early games from the series and enrich their work with new gameplay possibilities.

An innovative adventure game, in which we deal with time travel with the use of a magical pen. In this way we try to change the course of history, helping the main character to find his parents.