Indiana Jones and the Staff of Kings (NDS)

Another game depicting the adventures of the title archaeologist, known primarily from a series of Hollywood films. This is a typical combination of dynamic action and breathtaking adventure.

Soul of Darkness is an action game for the pocket console Nintendo DS created by Gameloft. Players take on the role of a knight who sets out to help his beloved, kidnapped by a powerful ruler of vampires. The gameplay is maintained in the convention of a scrolled 2D beat up platformer, enriched with RPG elements.

Another part of the Valkyrie Profile series. This time, the young hero takes revenge on the divine struggle, which in the past deprived him of his father. 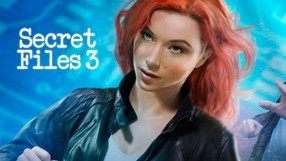 A classic role-playing game by Monolith Software, supervised by Bandai Namco. The game is based on the popular manga series by Akira Toriyama. The story of Dragon Ball Z: Attack of the Saiyans takes place between the famous martial arts tournament, in which Goku and Piccolo participated, and the Saiyan invasion of Earth. The plot is divided into 15 chapters, in which you have to complete over 80 varied quests. The game features a range of characters from the animated original (e.g.

A game about the adventures of friendly plumbers. This time, besides Mario and Luigi, the fans will also have the option to control their biggest enemy.

Pokemon Conquest is an action game with tactical elements produced by Tecmo Koei studio, whose plot has been set in the popular anime universe. The player's task is to defend the Ransei region against the dangerous Nobunaga commander and his army. In order to do so, he must conquer and unite the divided kingdoms, and then awaken from sleep one of the legendary defeats.

Naruto: Path of the Ninja (NDS)

Final Fantasy Tactics A2: Grimoire of the Rift (NDS)

Official continuation of the game "Final Fantasy Tactics Advance". Again we visit the land of Ivalice, participating in a large number of fights, played on hexed boards.

Rhytm Heaven is a continuation of the GBA and slot machine game Rhythm Tengoku, which premiered in 2006. This product was released only in Japan and was the last production of Nintendo for GameBoy Advance console. The continuation, in turn, reached recipients outside the Cherry Blossom Country and made its debut as the successor of the GBA, the NDS handhelda.

We play the role of a farmer and skillfully manage our own farm. At the same time, we protect our land from attacks by hostile bears.

A role-playing game involving a friendly hedgehog and his friends. We explore the world and participate in turn-based battles.

A family game designed mainly for children, in which we take care of a small pony. First we choose our client from twelve different animals, and then we equip him with a saddle and other necessary accessories. Pony care is also an important aspect. For this purpose we have our own stable, where the foal can rest and sleep. It is also a place of hygienic procedures.

Ankh: The Tales of Mystery is an adventure adventure equipped with a classic point-and-click interface and set in the realities of the ancient Egyptian state of pharaohs.