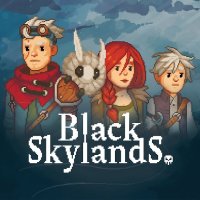 An action adventure game with RPG elements, in which events are shown in a top-down view. In Black Skylands, we're walking through an extensive map on foot or on board an aircraft and fighting hordes of enemies trying to restore order and order.

A first-person shooter and the seventh major installment in the Wolfenstein series. This one was developed by Swedish studio Machine Games, founded by former members of Starbreeze Studios. Wolfenstein: The New Order tells an alternative history of the World War II, where the Third Reich won. The games main hero is B. J. Blazkowicz, a veteran of the American special forces. After spending 20 years in cryosleep, he has to stand up to the Nazis once more.

The sequel to a highly popular MMO game set in fantasy world, developed by NCSofts studio ArenaNet. The story begins 250 years after the events shown in the Guild Wars: Eye of the North expansion. Due to the return of ancient dragons, the world has changed significantly. Many towns and regions were destroyed beyond recovery. New technologies appeared as well (e.g. gunpowder), which had a visible effect on the lives of inhabitants.