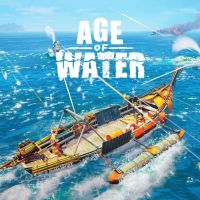 An original hybrid of an RPG and a real time strategy game developed by 4Head Studio. The player enters the world of 14th century Europe - a world full of intrigue, conflicts, and wars. Our goal is to amass a fortune, a goal which can be accomplished in many different ways. Even if we begin the game as an ordinary citizen, we can quickly develop in the chosen trade, be it trading, craftsmanship, or even theft.

Mortyr III: Diversionary Actions is the next installment of a well-known shooter, whose development over the years was the responsibility of such teams as Corwin Software Studios and Mirage Interactive. The work on the third part of the Polish FPS was carried out by programmers employed at CITY interactive. 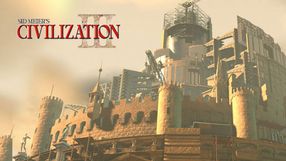 Car races devoted to the legendary Fiat 126p car, which for years has been used by Polish society as a commercial, off-road and racing car.

A direct sequel to Painkiller, the popular first-person shooter from 2004. In contrast to the original, the production wasnt developed by the Poland-based studio People Can Fly but Mindware Studios, a Czech studio. We dont assume the role of Daniel Garner, the protagonist of the prequel either, although the events partly take place before his lone crusade. At the core of Painkiller: Overdose is a single player campaign that consists of sixteen levels.

Scooby-Doo: Phantom of the Knight

Scooby-Doo: Phantom of the Knight (Polish title Scooby-Doo and Fear of Lachy) is an adventure with the characters of a popular cartoon in the leading roles created by The Learning Company. The title dog together with the Mysterious Company visit the Scottish castle, in which the spirit of the black knight spreads. Players must help Cooby and his friends to solve the case of kidnapping the princess by solving a whole series of logical puzzles and performing a number of arcade tasks.

An original PC game that combines elements of adventure games, turn-based strategies and RPGs, created by Polish studio Metropolis Software House, led by Adrian Chmielarz. The story of Odium is rather grim as it combines elements of political fiction, science fiction and horror. It is set inside a Russian military base on the territory of Poland, where a research on a super soldier was being conducted.

Duke Nukem Forever is a sequel of the heavily-worshiped FPS, whose origins reach the beginning of the 1990s. After many years of silence, and a turbulent development cycle  during which the production was taken away from 3D Realms, and given to Gearbox Software  Duke Nukem Forever was released in a much more modern form.