Development of the game Princess and Knight for NDS have been suspended and will not be continued. 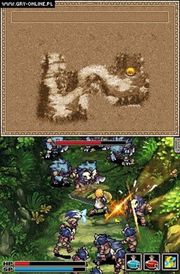 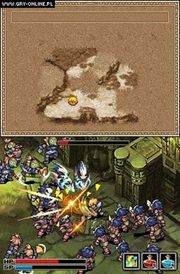 Princess and Knight is an actionRPG game designed exclusively for Nintendo DS. Blueside studio is responsible for the work on it, which earlier prepared mainly three parts of Kingdom Under Fire series for Xbox and Xbox 360 consoles.

In the game we take control over a brave, young knight, who lived unaware of his enormous powers. Together with Princess Mooki, over whom we can also take control, they set off to protect their kingdom from a mysterious, ancient threat. What distinguishes Princess and Knight from other DS aRPGs is the scale of battles conducted by the player - because we fight with really big rangles of bad ones. Their differentiation is also a strong point of the product.

The game makes it possible to personalize the hero and, of course, his development. We can also customize the weapons available, using the remains of ancient times. More effective killing tools will surely be useful in combat - in addition to them, impressive combo help us. Both the latter, as well as all other activities in the game, take place with the use of the style - thanks to it we fight and control both the knight and the princess. The environment in which the action takes place is presented in 2D, enriching it only with three-dimensional effects.