Berserk is an action game based on a manga series. Its creators are the people responsible for the creation of the Sword of the Berserk: Guts' Rage, known from the Dreamcast console.

MDK 2 is a continuation of the MDK action game released in 1997, prepared by developers from BioWare. In the sequel, players will get to know further adventures of Kurt Hectic, Dr. Hawkins and cybernetic dog Maks. This time the heroes try to stop the alien invasion of Earth. Gameplay requires the effective use of the individual skills of each character.

Teenage Mutant Ninja Turtles 2 is a continuation of a virtual beat game, treating the adventures of a quartet of mutated turtles, eliminating all manifestations of evil with the help of Far Eastern martial arts. This program was created on the basis of the second series of cartoons about warlike reptiles.

Justice League Heroes is a hybrid of dynamic action and elements of the cRPG genre, based on popular comics and animated films from the cycle known in Poland as the League of the Righteous (or possibly the League of Justice). Among the seven main characters we lead in virtual reality, we see Superman, Batman and Flash, among others.

Star Wars: Battlefront is a tactical action game inspired by popular Battlefield 1942 and Operation Flashpoint products. The game is about team fights on a large scale in the reality of the universe of Star Wars, created in the mind of the famous filmmaker George Lucas.

Def Jam Vendetta is a sports fight created by EA BIG studio in cooperation with Def Jam label. Players direct the actions of their favourite rappers (e.g. Scarface, Method Man and Redman), who take part in wrestling duels in the ring. The creators foresaw several variants of fun, including career and survival mode.

Action/Adventure game (type: hack-and-slash), created by programmers from the Swedish development studio Starbreeze, known in the world for its two parts of the Enclave series.

An action game, developed by Volition, combining the features of a classic FPS game with extensive adventure game elements. The plot of Red Faction has been set in the year 2100, and takes place on Mars. In one of the mines, a rebellion breaks out against the ruthless regime of the Ultor Corporation, and is further fueled by a virus decimating the workers.

Unusual approach to aliens, Predators and Marines, known for their numerous films, comic books and games. The game is a real time strategy, in which we lead the troops of each faction to battle. In total, we have 21 stages, divided into three different campaigns. Individual breeds have up to 10 different units.

Playing the role of a novice policeman, Lazarus Jones, we enter a world full of ghosts and phenomena. In the world of the game belonging to the genre of survival horror horror initiated by the series Alone in the Dark.

Knights of the Temple II (PS2)

Sequel was released in March 2004 as an action-adventure (hack-and-slash) game. Again, we play the role of Paul de Raque, a knight of the Templar Order, entangled in the eternal struggle against the demonic forces of Hell that attack humanity. The authors reduced the linearity of levels, added a trading option and RPG elements in the form of a character development system. 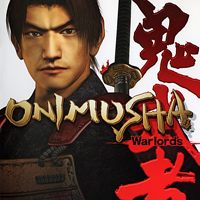 "Haunting Ground" is an action adventure game in the style of survival horror. The production was prepared by Capcom, known for its excellent "Resident Evil" and "Dino Crisis" series, which are already the classics of this species.

Home Alone is an item designed primarily for the youngest PlayStation 2 owners, but older players can also enjoy it. This game was inspired by a film of the same name (Polish title: Kevin alone at home). However, the plot of this production slightly differs from the original.