An action game in which we get to know the dangerous world of the mafia. We are involved in a number of illegal activities and are in a constant war with the competition. The main character, Joey Verola, is known in the sixties of the twentieth century and we will accompany him for the next two decades, observing the most important moments in his life.

Fantastic 4: Rise of the Silver Surfer is an action game, presented from the perspective of a third person. It is another electronic-entertainment position, created on the basis of a popular series of comic books published by Marvel Enterprises. The inspiration to create this production was also given by the cinema hit of the same name.

Another installment in the 2D fighting game for PlayStation and arcades, developed by Arc System Works. Guilty Gear Isuka allows you to participate in a grand fighting tournament, in which human martial arts masters and magical bio-warriors called Gears compete with each other. You can choose from 23 varied characters, including three brand new ones, each of them having distinct standard and combo attacks. There are also more game modes available, allowing for e.g.

The full-fledged successor to the 2002's TOCA Race Driver - a realistic racing game belonging to a bestselling series developed by Codemasters, a British company. TOCA Race Driver 2 combines the best elements of the previous installments, offering an opportunity to participate in 30 global championships taking place on 56 faithfully recreated tracks.

From Russia with Love (PS2)

From Russia with Love is an expanded, dynamic action/TPP game, telling about the adventures of popular agent 007, i.e. James Bond. This product is largely based on the 1963 feature film (Greetings from Russia), although it does not lack new themes and events.

City of the Dead is a first person shooter, whose names were lent by George A. Romero, the famous director of the horror/gore film series, who since 1968 has been successfully shooting further pictures about the struggle of people with zombies.

A dynamic action game created by Stormfront Studios development studio. It became famous in the world thanks to the creation of Lord of the Rings: The Two Towers.

Stolen is an expanded stealth action game. (sneaky), in many aspects resembling the Tom Clancy's Splinter Cell or Metal Gear Solid series. Players take on the role of an athletic and sensual champion of a thieving trade named Anya.

Combat Elite: WWII Paratroopers is an action game from a third person's perspective, produced by the BattleBorne Entertainment development studio. This title was created on a Snowblind engine.

Dr. Dolittle is an item designed primarily for the youngest PlayStation 2 owners. Dr. Dolittle has just opened a new pet hospital in the town of Spa. He chose the perfect moment, because most of the animals living there suddenly fell ill and all of them decided to visit the famous vet.

Kuon is a combination of an action game (third person view) with a typical adventure filled with lots of puzzles. The story takes place in the 12th century during the reign of the Heian Dynasty in Japan. The whole thing belongs to the sub-species of survival horror, which offers us limited defensive and offensive means.

In the Ancient City even monsters are afraid of evil, which as a result of the curse begins to exist here. What is worse, it does not intend to remain only in these ruins. The Ancient City is waiting for someone to explore its depths.

GT Racers is a racing game produced by Aqua Pacific studio. The player has the opportunity to sit behind the wheel of 11 models of luxury cars and stand at the start of street races held in five metropolises around the world. The creators have prepared, among others, two variants of the game and the option of modifying the parameters of cars.

Atelier Iris 2: The Azoth of Destiny is another, after Atelier Iris: Eternal Mana, game that takes us to the world of alchemy and alchemists. This is a title of the cRPG genre from Japan, with a turn-based (though slightly modified) combat system. 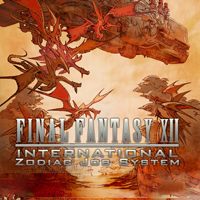 One of the first survival horror titles for Playstation 2 console. As Denis Riley, the player has to solve the mystery of the research unit, which cannot be contacted for some time.